It is officially one year since I moved to Israel, and oh boy, what a year it has been! I can honestly say I saw it all; new job, weddings, funerals, rockets, concerts, and of course living together with my girlfriend. Let’s take a look back at one year in Israel. 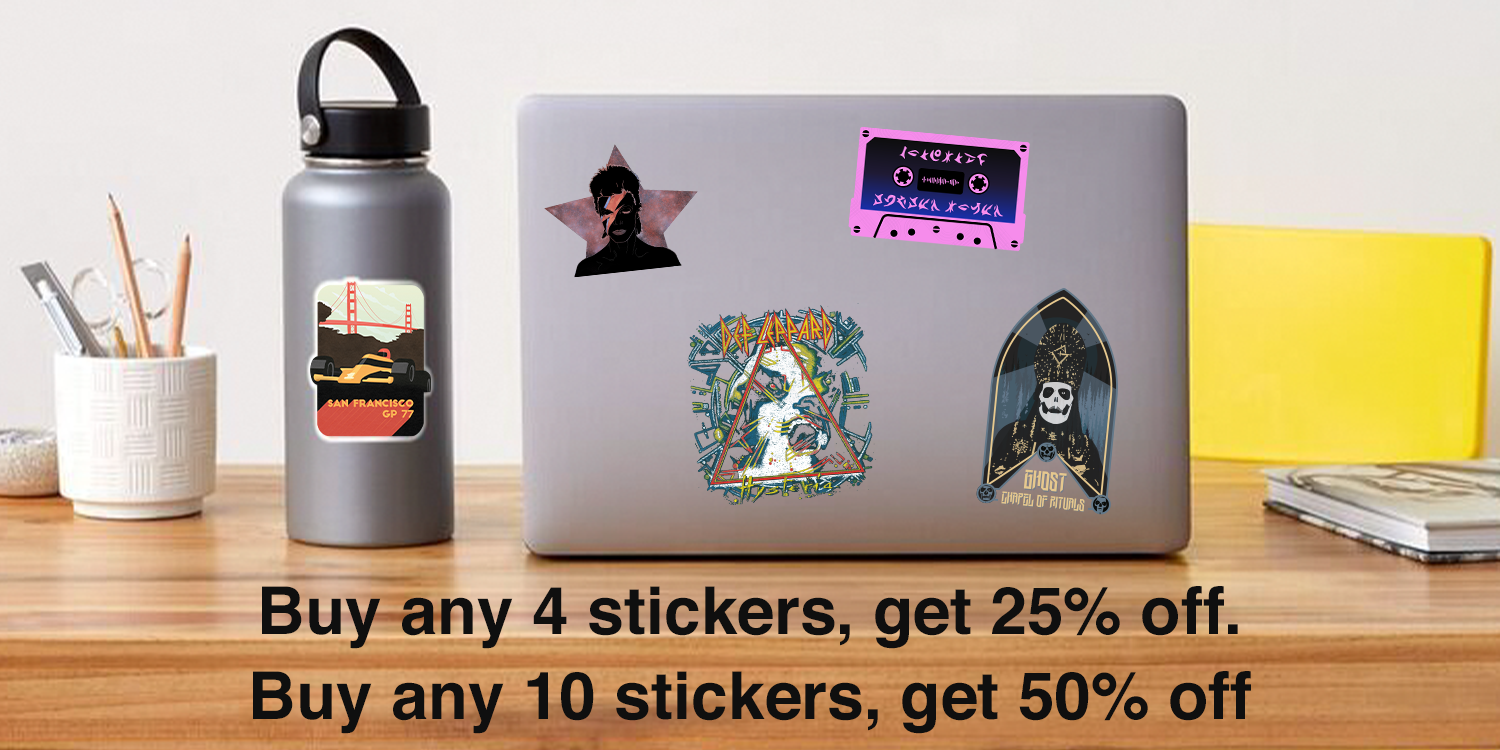 When a year ago I landed in Israel, I vaguely knew what to expect. I say vaguely, because even if I thought I was prepared for everything the second I came out of the airplane that brought me here, all of that was gone.

The emotional rollercoaster of that day kind of puts you on automatic pilot. You are there, but not really. That lasted until the heat of Israel smacked me in the face and made me realize it was real and happening.

What followed was quarantine, with a lockdown after lockdown. The first few months were mainly being stuck at home or cycling around Tel Aviv and surrounding areas. 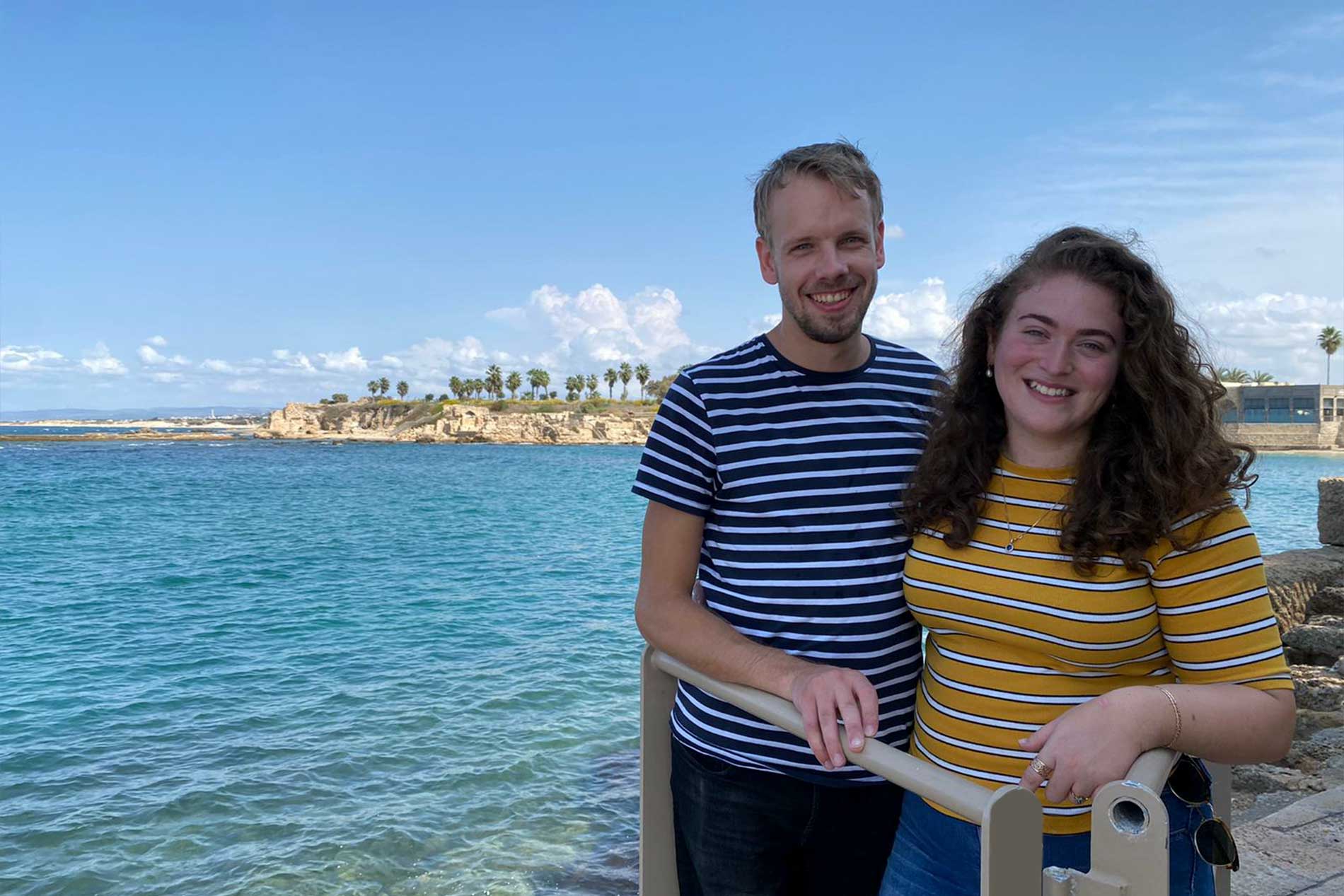 After a few months, it was time to pick up the work permit, and luckily I was able to find a job very quickly. A job I very much enjoy doing!

It was and is great to have a purpose again and to be able to meet new people and socialize more. Next to that, the coronavirus was calming down so we were able to do more things and go to the cinema, weddings, and restaurants. I was even able to get a taste of my European life when I saw a rock concert in Tel Aviv!

For the rest, we still cycle, go to the beach and just enjoy our lives together!

Busses and cars stopped and people ran to the shelters. The alarm goes off to let you know you need to go to safety as quickly as possible as in- rockets are coming. Being outside when the first alarm hit, almost home but not quite, I was clueless and stressed about what to do so I started running home, Aviya would know what to do. 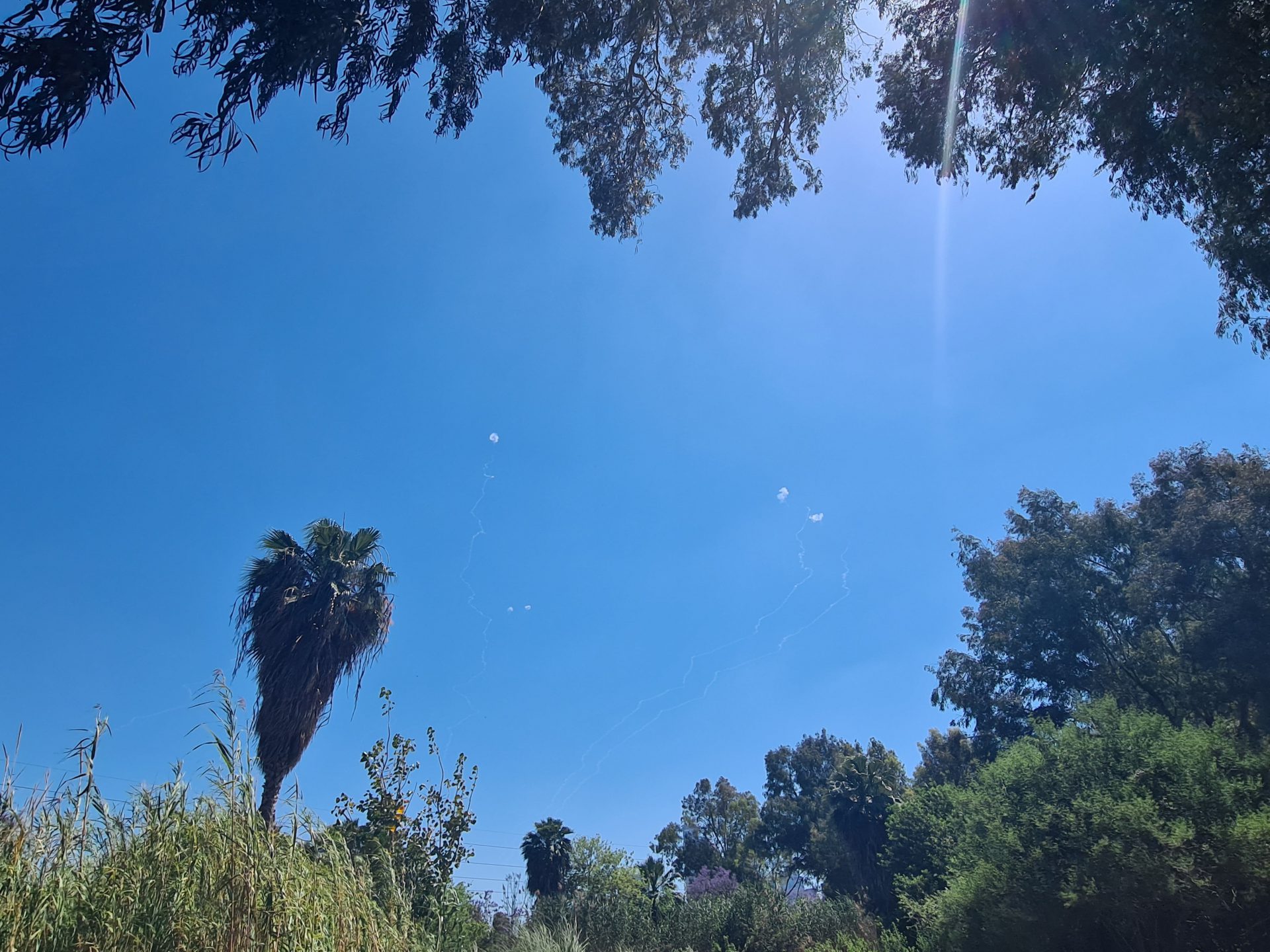 Puffs of smoke indicate the smoke from rockets in the sky.

The siren is loud and keeps going for as long as needed. With the Iron Dome in place, most of the rockets fired towards Israel will be shot down before reaching their destination. From the moment Hamas fired the rocket towards Tel Aviv, it will take around 1 minute and 30 seconds before it reaches the city. This means from the start of the siren you will have a minute and a half to run to your nearest shelter or saferoom.

I didn’t make it within the minute and a half back home and what I say next freaked me out even more. Above me, I saw the rockets of Hamas being taken down by the Israeli Iron Dome. Now you don’t only hear the siren go off, but also the bangs from the missiles and the lights that come with it in the sky.

I was shocked, I stopped moving and just stood still in the middle of the street seeing what was happening above me. 10 seconds later I ran over to our apartment and long and behold Aviya was still cooking as nothing happened. In her defense she missed the siren, thought it was an ambulance in the distance, so to her I was over panicking, being crazy, and she kept telling me to relax.

Knowing what I saw, I was happy to leave Israel in a day to go home. It is not my country and not my battle to fight. Roughly 10 minutes later the siren was going off again and this time Aviya heard it too. We went out of the house and went to the staircase under the apartment block and heard the same noises again.

These days were extremely stressful and I was happy after 2 weeks it was over and life went back to normal. In the end, it was part of living in Israel I guess.

Into The Great Unknown continues

And so that was 1 year in Israel in one very brief post. It had been a rollercoaster, but still, I’m very happy with the move to live with Aviya!

The story will continue as we step once more into the great unknown! 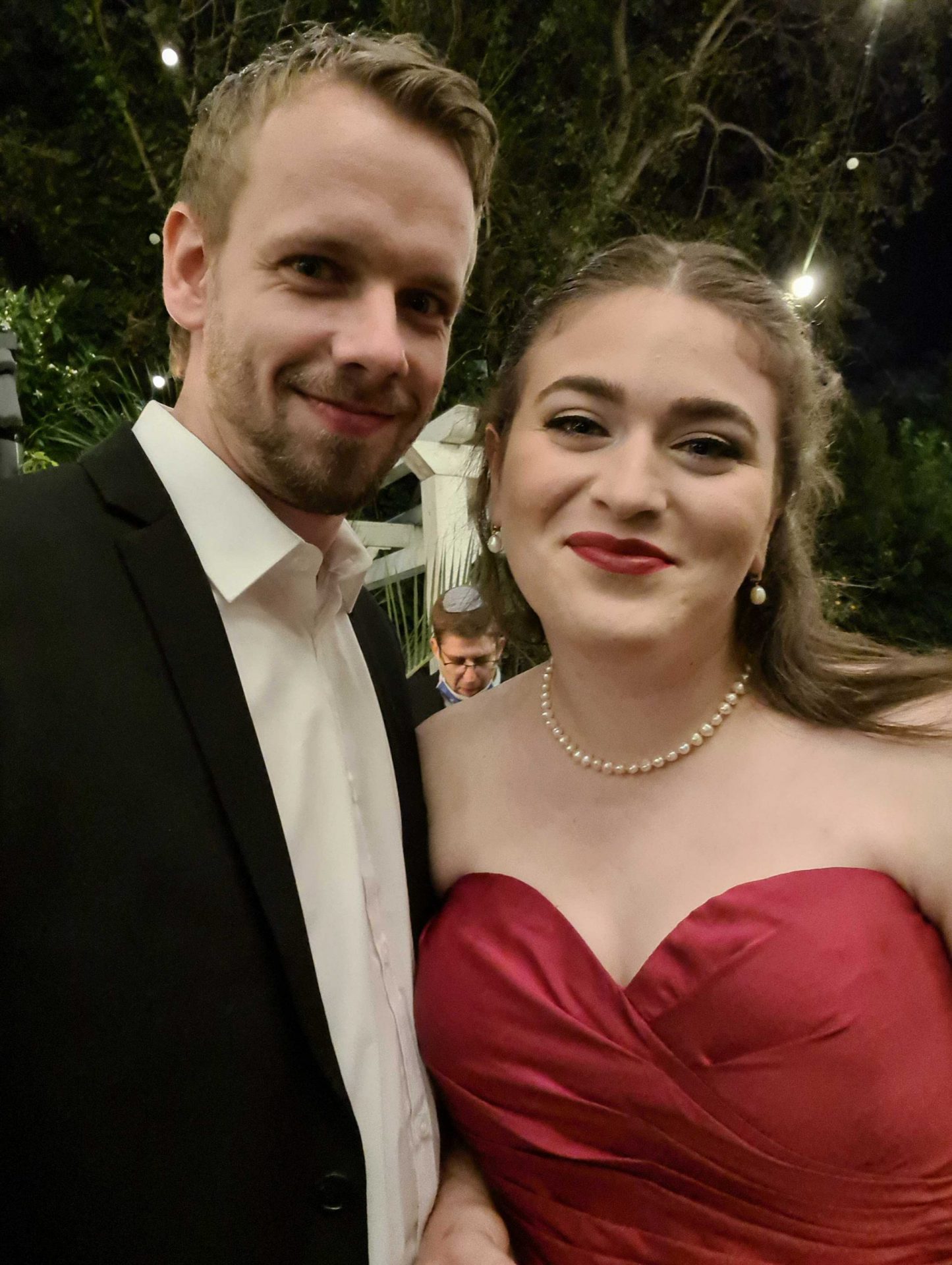 4 touristy and non-touristy things to do in the Netherlands 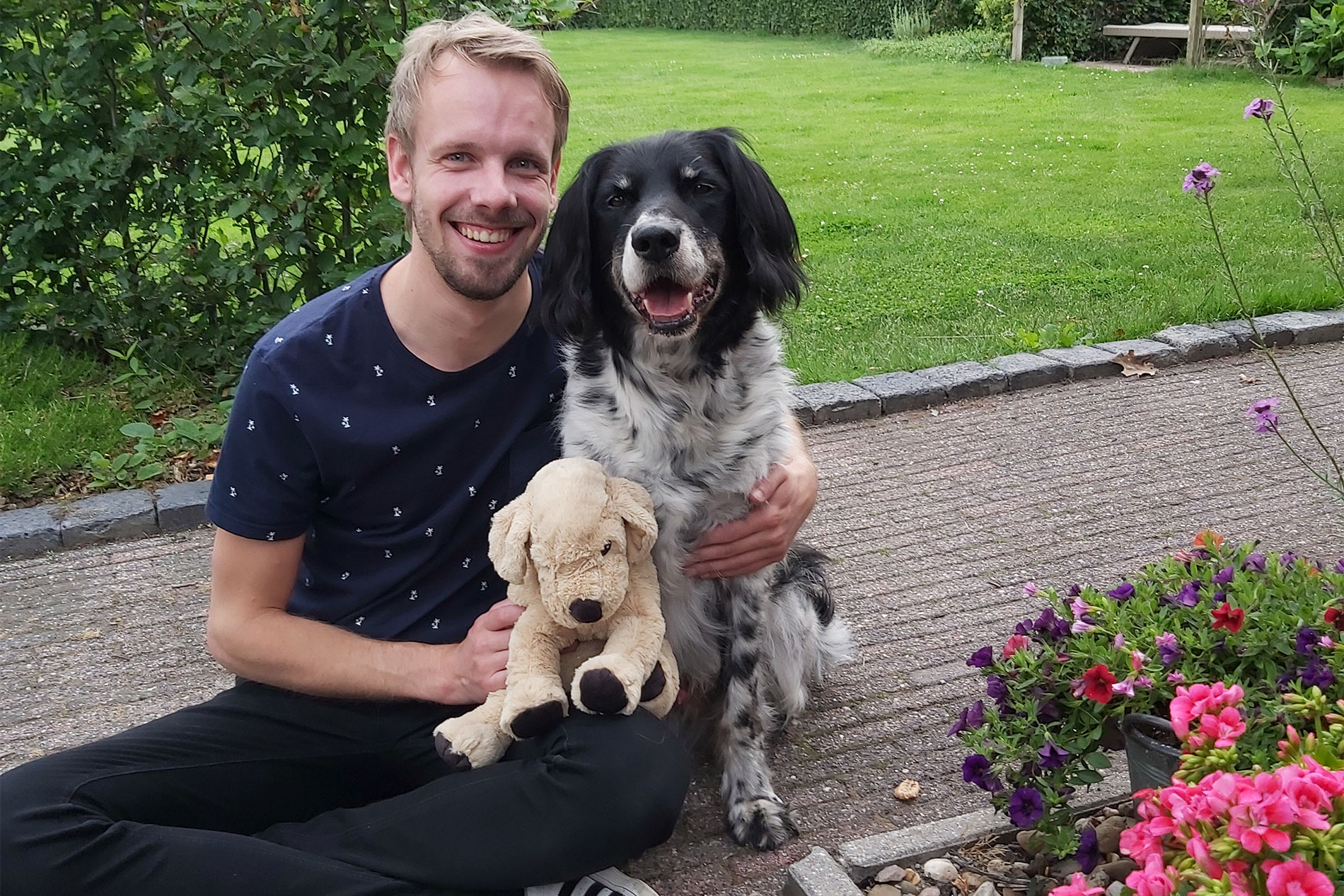 My name is Emiel, a graphic designer, marketer and copywriter from the Netherlands.

This blog is dedicated to my passions in life: travelling and music.