There are very little Dutch bands that can compare to the success of the Golden Earring. The band stood a whopping 389 weeks in the Dutch charts till this day and had 5 major international hits with songs like Radar Love (1973), When The Lady Smiles (1984) and Twilight Zone (1982).

They toured America, having bands like KISS and Aerosmith open for them. Now over 50 years later, the Dutch band doesn’t show any sign of slowing down. With their new winter tour that made a stop in the IJsselhallen in Zwolle, the Netherlands.

The Golden Earring is famous for being the world’s oldest rock band that still tours. Although the first blueprints of the band were formed in 1961, the band itself sees the beginning of the band in 1965, the year that the single Please Go got a number 10 in the Dutch charts. The current line-up of the band has been together since 1970, a special fact within the music world.

George Kooymans and Rinus Gerritsen formed the band in 1961. In 1970 they started the classic line up with lead vocalist Barry Hay and drummer Cesar Zuiderwijk. Other musicians join the band on stage from time to time, but the main four men are still the same.

The IJsselhallen in Zwolle, the Netherlands, isn’t unfamiliar to the rock band from The Hague. In the band’s long history they have played and sold out many times here and tonight wasn’t any different. It was incredible to see how popular the band is as they drew a big crowd! All ready for a night of rock n’ roll.

But before the Golden Earring would enter the stage, it was time for Luminze. This all-girl rock band from Croatia, are making a big name for themselves in and around the Netherlands.

The girls showed that rock isn’t only a men’s business. Luminize had the crowd on their side when they played their set. They started with Done With You, The Other Side, Fuck You and their latest single Follow You. Their onstage energy and dynamic show was great to watch. It showed that they are a band from which we will hear a lot in the future.

I Do Rock ‘n Roll

Half past 9 the Golden Earring walked on stage and started playing their 18 songs set list. First up was Just Like Vince Taylor from the 1973 album Moontan. Bertus Borgers joined the band for the second song called Identical from the most recent album Tits n’ Ass (2012). The saxophonist really rocked. Tits n’ Ass peaked at number one twice in the Dutch charts and was recorded in London in 2011.

With the first two songs in the back, the band went on to perform two of the hits, Another 45 Miles (1992) and Twilight Zone (1892). With Twilight Zone, the band had a massive international hit, which was written by George Kooymans and stood in the Billboard Top 100 for 27 weeks. In this song, guitarist Kooymans shares vocals with Hay. You can see in the performance that they are a dynamic duo that just works together. I Do Rock ‘n Roll (1981) saw Borgers join the band once more to be part of the electric show of the Golden Earring. 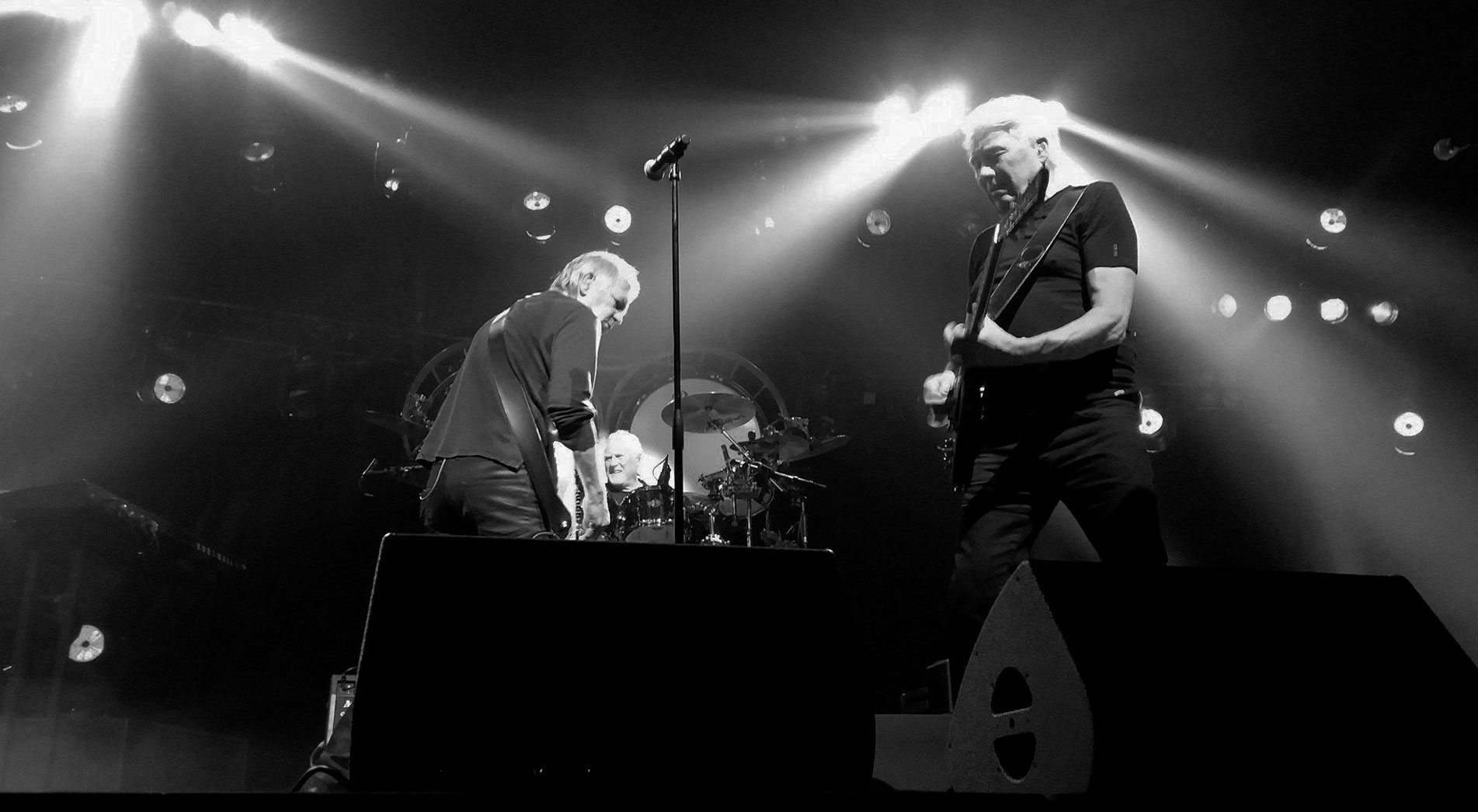 With Liquid Soul (1994), the band went on to play the successful song of the Cut album called The Devil Made Me Do It (1982). The song received very little airplay because of the word bullshit. This word featured in the song and accompanying video clip, but that didn’t stop the band from The Hague to play it in most of their gigs. With Save Your Skin (1979) the band showed the musical skills of Barry Hay with playing the flute, Kooymans on lead vocals and Borgers on saxophone. What followed were a few of the biggest hits of the band with Going On The Run (1991) and When The Lady Smiles (1984). With Going On The Run being a big hit in the Netherlands it never really caught on internationally, but that didn’t matter to the crowd that sang along the choruses. Long Blond Animal (1980) followed with Johnny Make Believe  (1994) of the Face It album next.

The bass solo of founding member Rinus Gerritsen is really his moment. The band went offstage to  watch him do his thing. Gerritsen took his two neck Vox Humana bass and made it growl and howl. Gerritsen didn’t slow down for this solo and took it to a next level while the audience could only watch with big admiration. There is a reason that Steve Harris from Iron Maiden once said to Blabbermouth that the solo of Gerritsen is one of the three most interesting bass solos he has seen. The solo of Gerritsen ends with the beginning of the song that brought the band international success: Radar Love (1974).

In all they years I’ve been seeing bands, there have been only three bassists who played interesting solos. Billy Sheehan, Rinus Gerritsen and Hellmut Hattler  – Steve Harris

With a great cheer from the crowd, the song was started. In between the song, there is a second solo waiting. Drummer Cesar Zuiderwijk is giving everything he got in this solo and puts his drum kit to the ultimate endurance test. Rarely you see so much mastery and emotion in a solo. With Radar Love closing the main set, the band didn’t leave the stage completely without closing the gig with playing She Flies On Strange Wings (1971) and Holy Holy Life (1971) in which saxophone player Bertus Borgers joined the band to close it all.

A band that is active for over 50 years showed the IJsselhallen in Zwolle, the Netherlands, that they still know how to rock. They played loud and put on a strong show that captures the band’s its past and future. I would highly recommend seeing the Golden Earring!

Read all my concert reviews here!