Several postponements later, but it finally happened, a special Bryan Adams residency at the Royal Albert Hall in London, UK. Three special nights with each one highlighting an album from start to finish and of course all the hits!

We went to the first of the three nights, and we got to see Bryan perform the full Cuts Like A Knife record. Night two would feature the Into The Fire record and to conclude, night three was Waking Up The Neighbours.

The location of these shows was the Royal Albert Hall in London. This treasured and distinctive building was the perfect location for these shows. It made it feel much more intimate than perhaps an arena would.

Cuts Like A Knife is the third studio album of the Canadian singer-songwriter. Released back in January 1983 the album became a huge success around the world. The album was accompanied by three singles: Straight From The Heart, Cuts Like A Knife and This Time, which all become set list regulars in the live shows. Small album fact, Lou Gramm (famous for being the lead singer of Foreigner) sang backing vocals on numerous songs on the album.

The first part of the night was a full play through of his album from start to finish. The band came onto the stage in all black and started the show straight away with The Only One, Take Me Back and This Time. 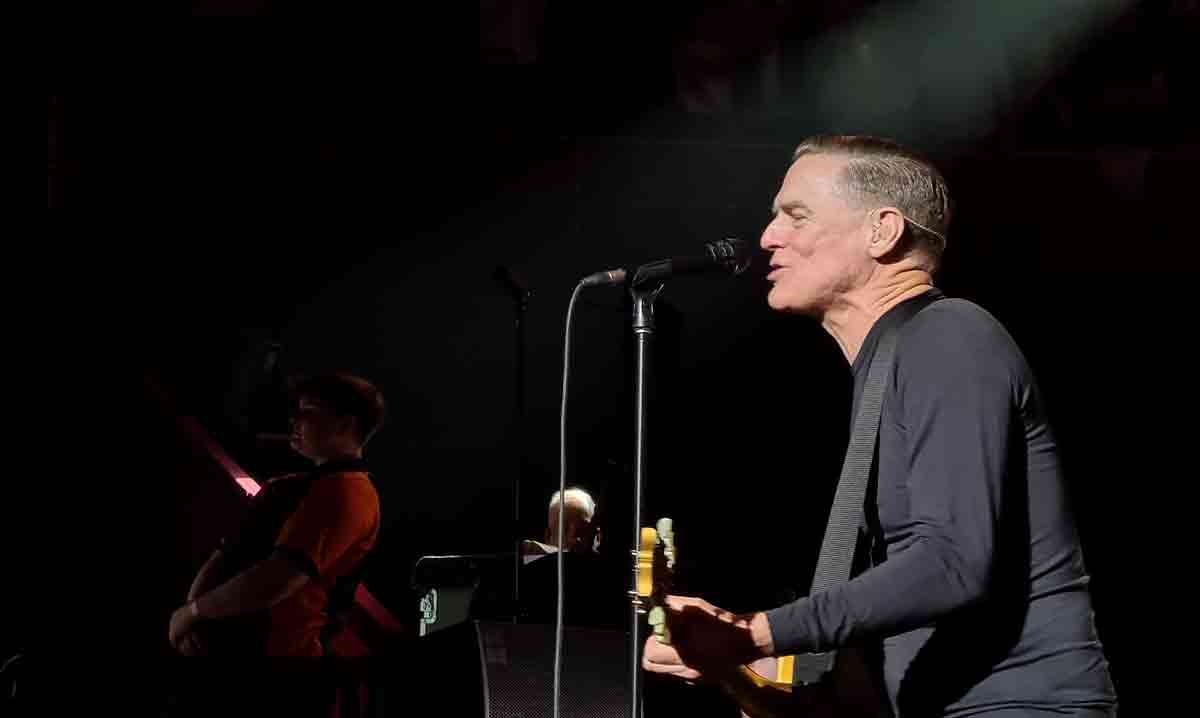 I’m Ready became a big hit in 1998 when Bryan Adams performed the song during his MTV Unplugged session. Since then the song became a set list favourite on which Bryan plays the song in the Unplugged way acoustically. Tonight, however, we saw it performed as it was recorded on the 1983 album: straightforward rock!

On every album you will find some deep cut that haven’t been performed live in a long time, or even ever. What’s It Gonna Be saw its possible live debut, which was perfectly performed by the band. Don’t Leave Me Lonely was co-written by KISS drummer Eric Carr, and the song was intended to be included on the KISS record Creatures Of The Night. It never made it on the KISS album, but it did make it on Cuts Like A Knife. The song hasn’t been performed since 1983 and was followed up by Let Him Know.

Saved for last were the hits of the album: The Best Was Yet To Come, Cuts Like A Knife and a solo performance of Straight From The Heart.

It felt during the first half of the show that we were listening to the original studio recording of Cuts Like A Knife. The band plays tight and are all class act musicians. However, Bryan’s voice stood the test of time and still sounds like the 80s. His incredible vocals really did justice to these classic songs.

With Cuts Like A Knife being completed, the band went on a small intermission. The crowd was in the meanwhile entertained with a flying car around the Royal Albert Hall, which featured on the latest Bryan Adams album (So Happy It Hurts).

After a 25-minute intermission, the band made it back on stage. The iconic voice of John Cleese introduced the intro song of the latest album called Kick Ass. A great, rocking song that really would have fit on any 80s Bryan Adams album. The second half of the show would be a mixture of the classic songs like Heaven, It’s Only Love and Summer Of 69 and newer material.

As Bryan Adams is currently promoting his latest album called So Happy It Hurts, he showed off some of these songs as well. It was nice to see and hear how both the new and old material was received very positively. People sang along with all the songs and were having a great time.

For me personally, it was a night with two sides. I can’t say Bryan Adams wasn’t good, because he was absolutely amazing, flawless even. As a musician and entertainer, Bryan had the crowd in his hand and hit every note pitch perfect. The band was on fire, and it was great to see Keith Scott play all these classic guitar solos. In the end, I even ended up with a Kick Ass guitar pick from Keith, which found its way framed at home.

The downside was, however, the crowd. My partner and I waited for many hours outside the venue. When inside, we managed to get a good spot near the front of the stage. Both looking forward to the show of such an amazing performer. The woman near me, however, managed to ruin it. Being kicked, pinched and punched throughout the show made me not be in the moment of the show. A tip for the women fans of Bryan: If you have an issue with someone, perhaps talk to that person instead of being shitty and ruining their night. Why they kicked and punched? I honestly can only assume it was because I’m tall.

In the end, I hang on to the great moments of the show. I hope that in the future we can see Bryan again to get rid of the negative aftertaste of this special Royal Albert Hall show.

Monsters of Rock: Whitesnake, Foreigner and Europe live in Glasgow!