Close racing on the streets on some of the world’s most powerful street bikes. It sounds insane, but once a year on the north coast of Northern Ireland it is the reality! The North West 200 brings the most exciting road racing on the planet. It is a must-visit for every motorcycle racing fan, and let me explain to you why.

The International North West 200 is the largest annual sporting event in Northern Ireland. The NW200 has always been a pilgrimage for motorsport fans. However, over the last few years, it attracts new crowds from all over the world. Races have taken place on the north coast since 1929 and has been the place where many iconic race moments took place.

Many view the North West 200 as the warming up to the Isle of Man TT, although to me, it feels wrong to just call it a warming up. The NW200 is a street-racing event that brings the best out of every racer, and the main difference with the IOM TT is that the races in Northern Ireland are not a time trail. They are true racing events, which sees the riders fight for positions on every inch of the street.

The 14.436 KM long street circuit, also known as the triangle, sits between the three towns of Portstewart, Coleraine and Port Rush. These three towns are transformed into a racetrack every May to attract the world’s the fastest road racers. 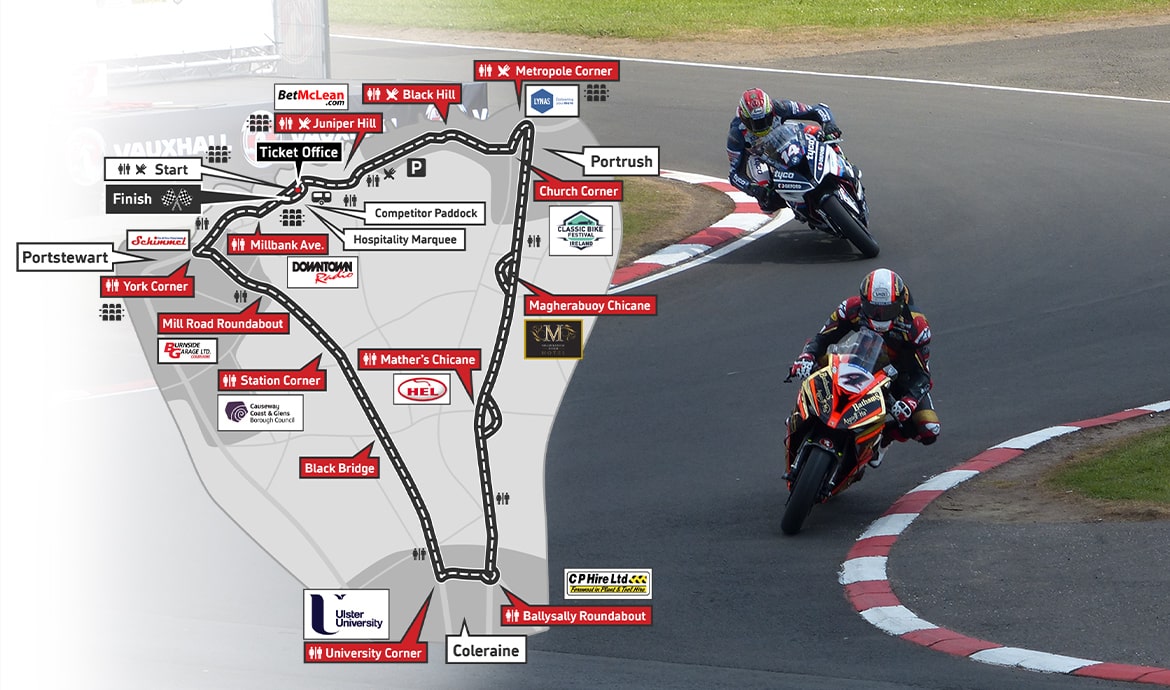 The only non-street sections on this track are the chicanes that have been added to reduce the speed on the long straights. To improve safety on this special track, for as much as you can on a street, bales of hay are used to wrap around lampposts and telegraph poles. 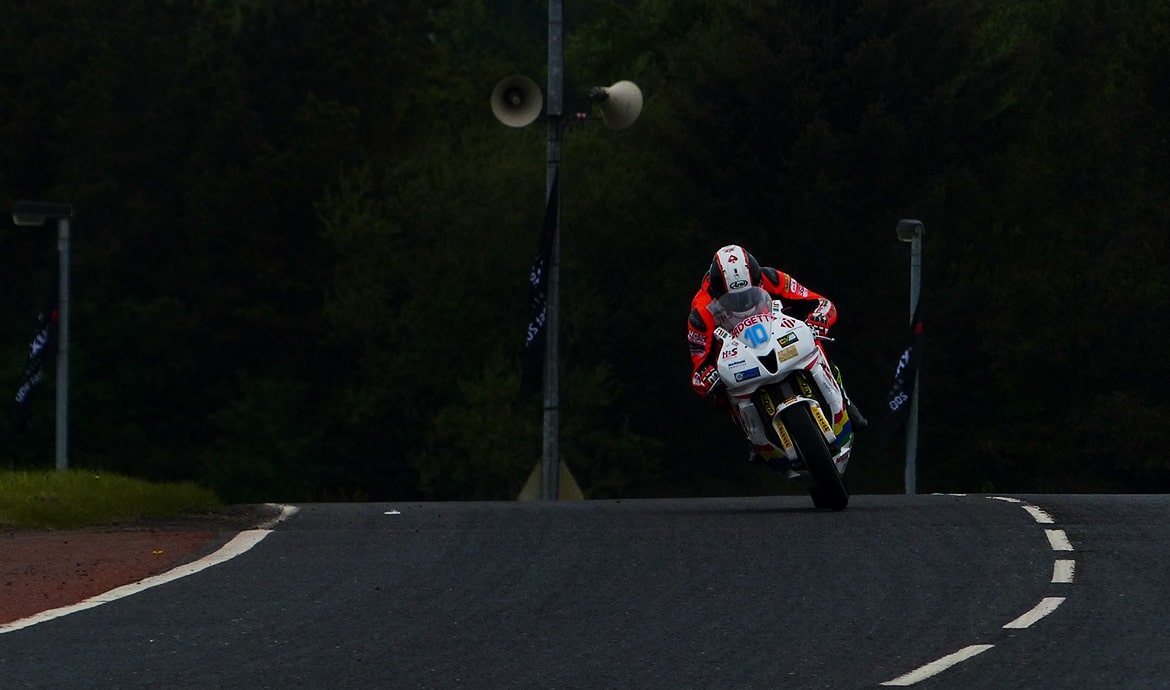 The North West 200 is a unique event. It’s not like the Isle of Man TT, a timed race in which racers depart after one another and race to set the fastest laps. The NW200 is like any other motorcycle race. You have a grid filled with the world’s most talented road racers to battle it out on the over 14KM long track. Knowing this, you won’t be surprised to hear that this event attracts over 150,000 visitors, as well as the biggest names within the sport. 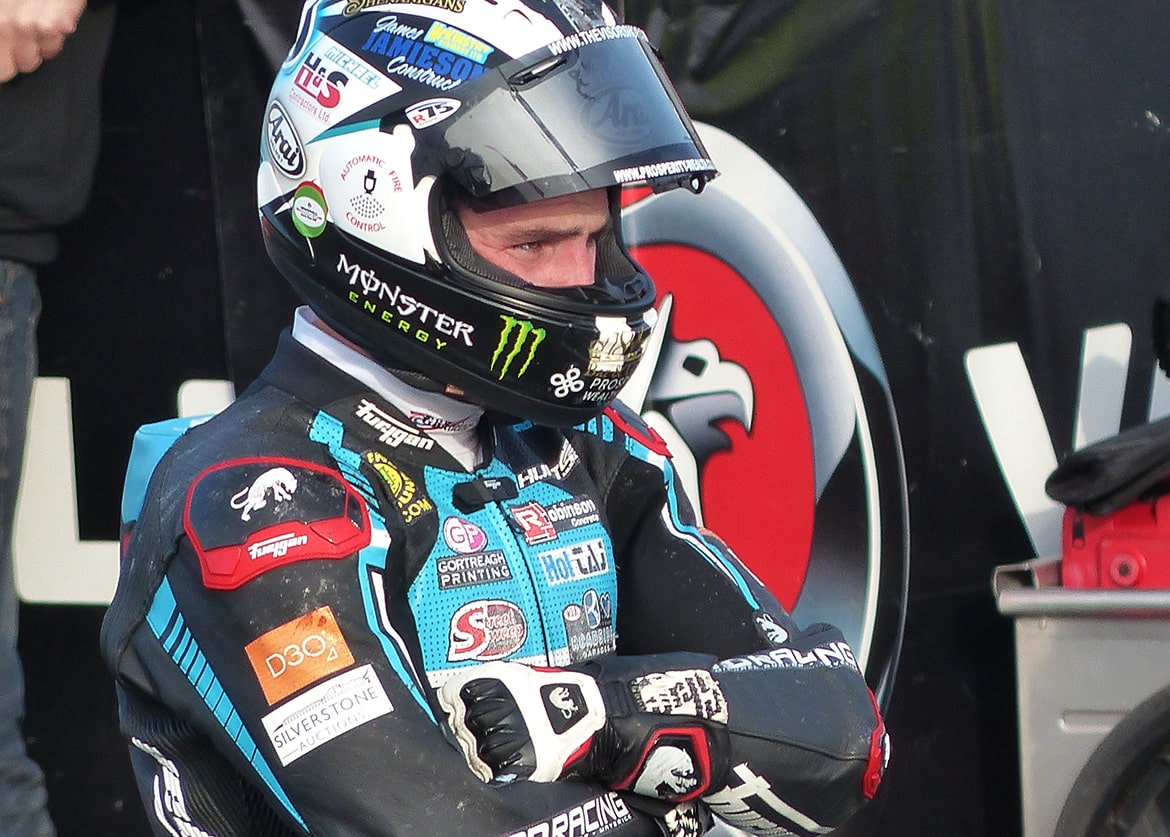 The race week is spread out over multiple days, starting usually on Tuesday with a day of practises. As the event hosts multiple races in different classes, having a good amount of practise time can help you adjust to the different speeds of the different bikes. The day usually starts with the newcomers. Giving them some time with experienced racers to find their way around the track before being thrown into the deep end. 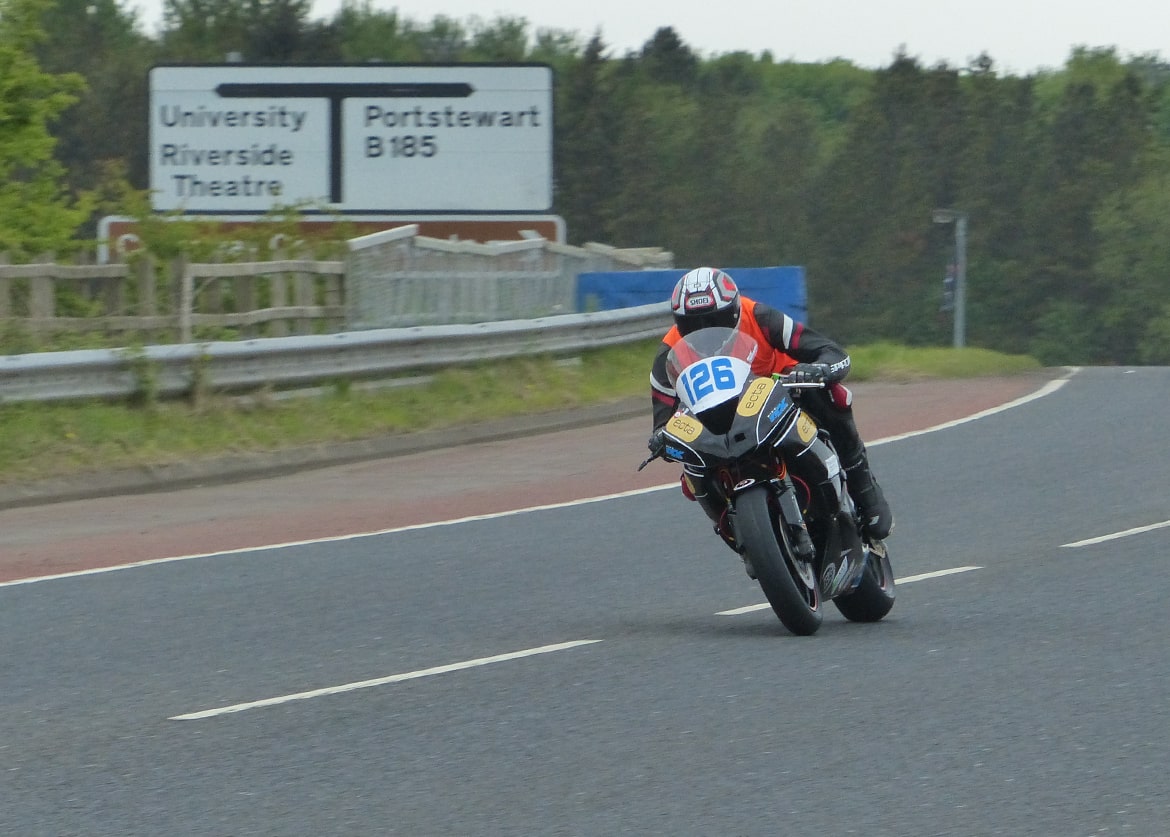 The main event is the Superbike races, but the Superstock, lighter Supersport and the Supertwin are giving enough action. With over 100 riders in all classes that reach speeds over 209 mph (336kmh) it is in my opinion the best spectacle of racing there is.

As the racing takes place on the streets, you can imagine how tight some sections are. Passing by the side walks and lampposts while hitting the apexes to make the corner as good as possible. It is a fast track where incidents can cause serious injuries. The long straights make slipstreaming and overtaking possible, giving riders the opportunity to close gaps and get right back into the mix. As a racer, you truly need to have courage to go around the triangle fast. 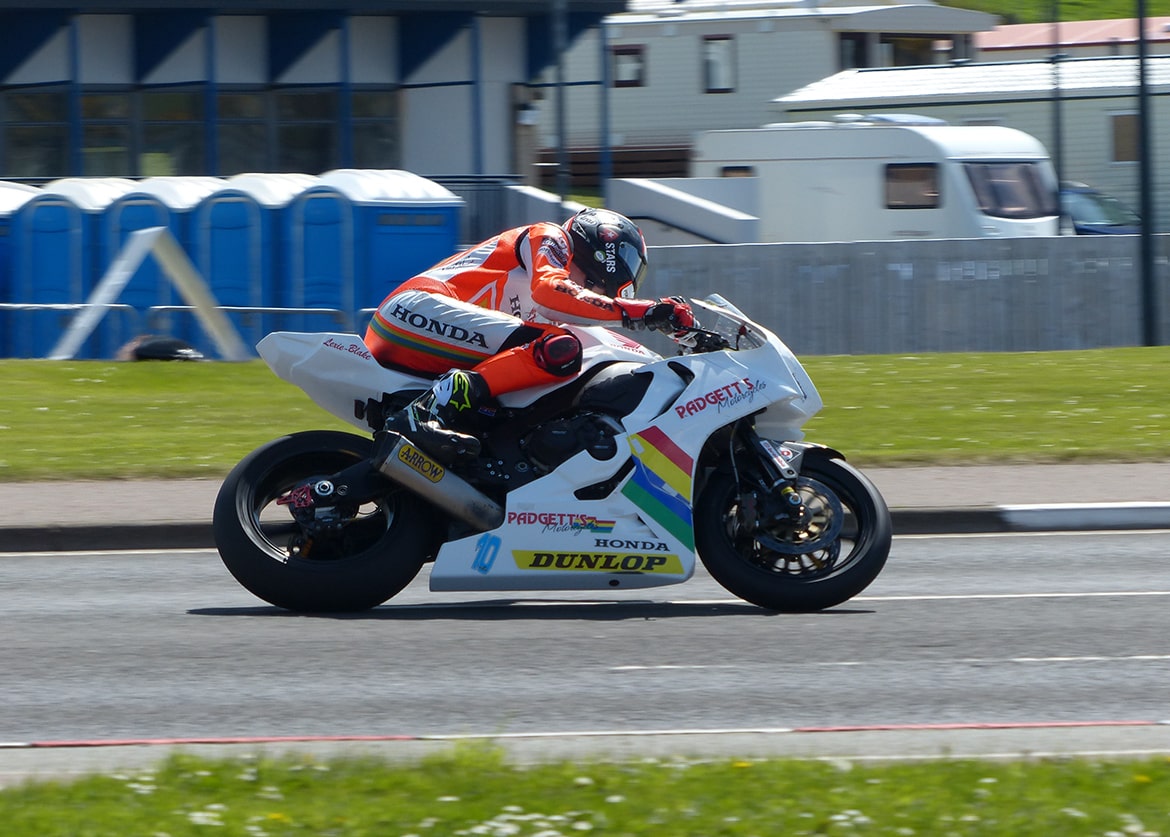 Both times I visited the North West 200 I was sitting on the tip of my chair throughout the races. The spectacle of these road racers giving their absolute best is something I will never forget. 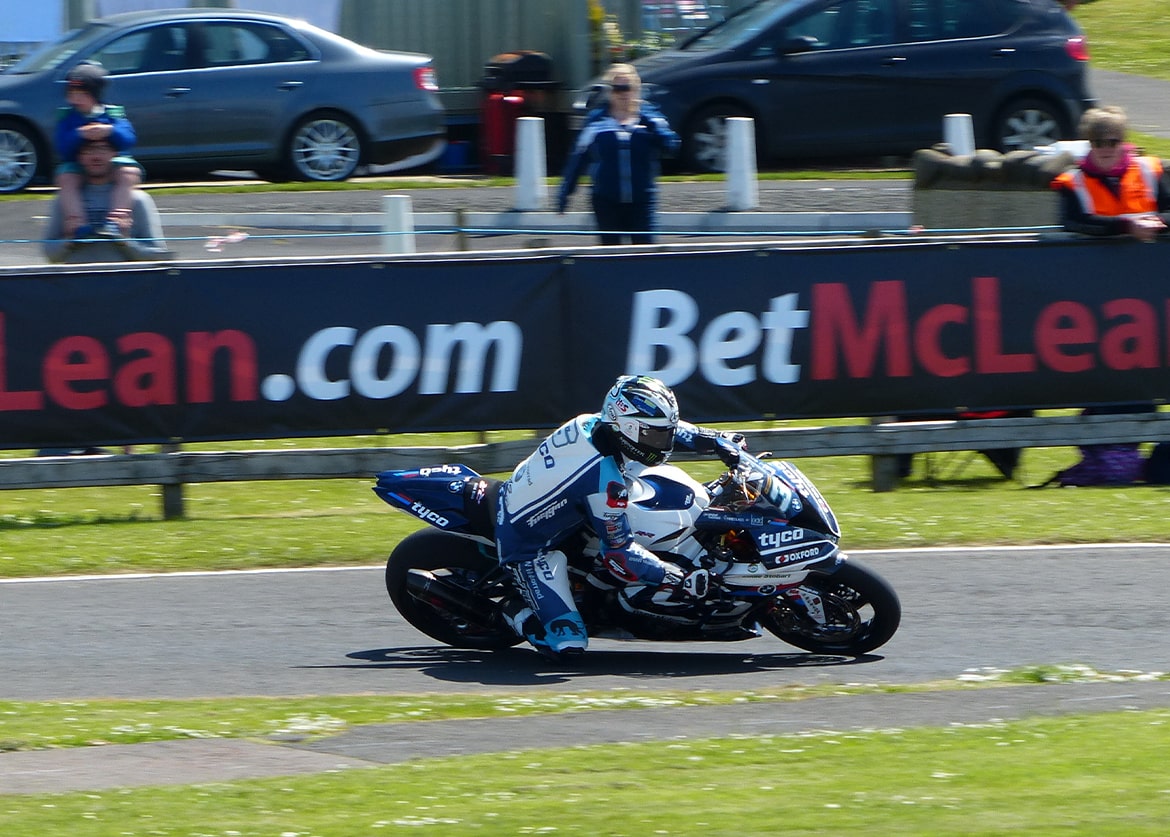 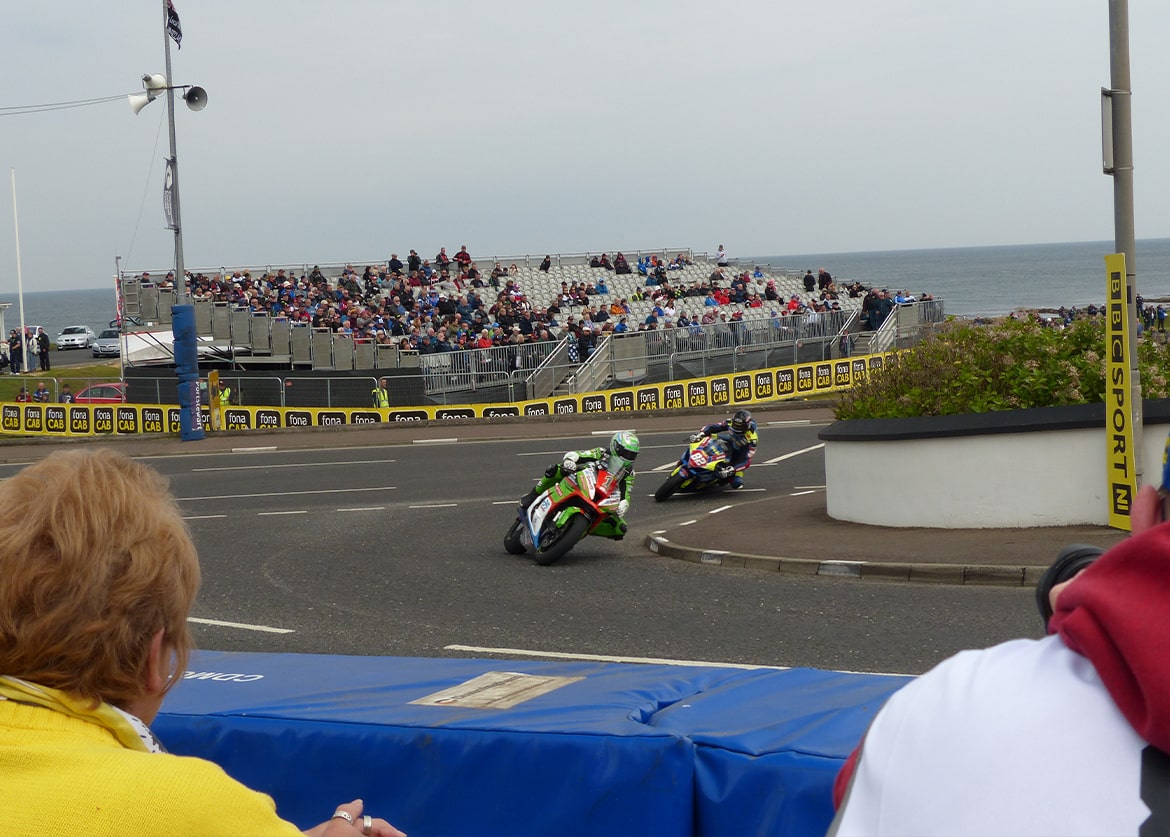 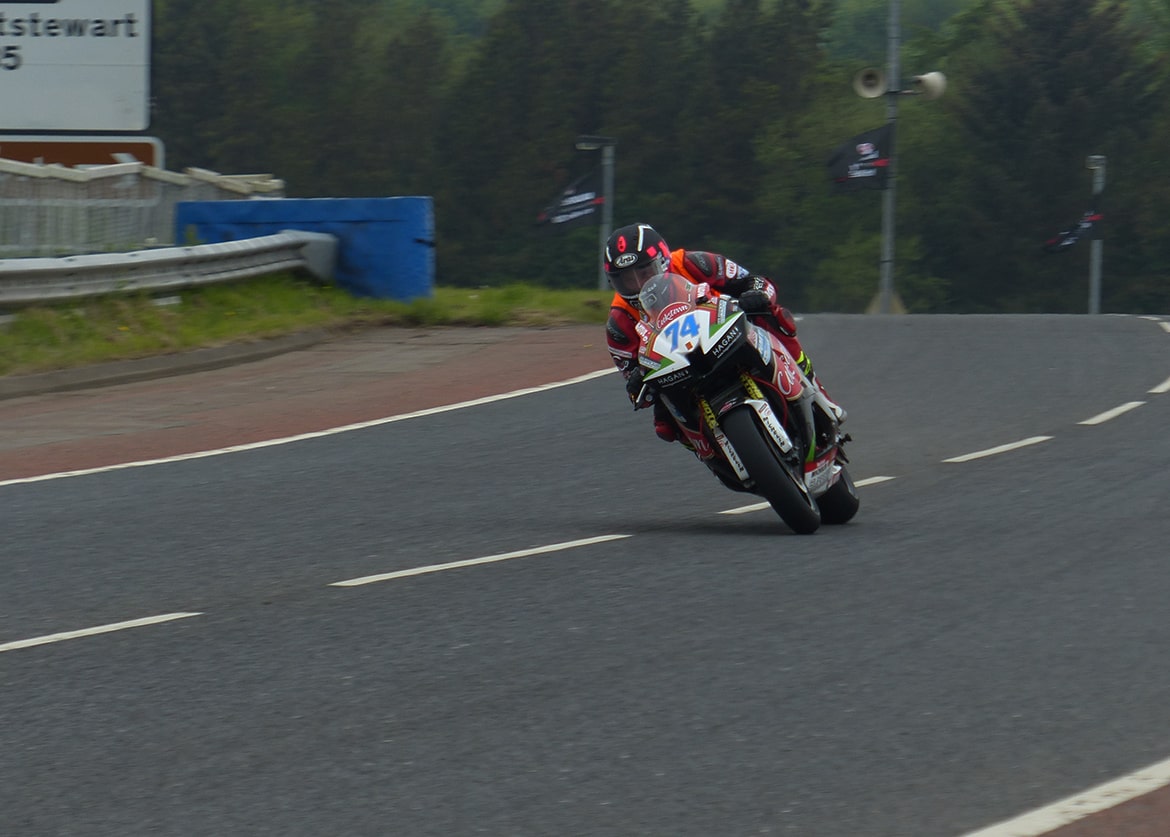 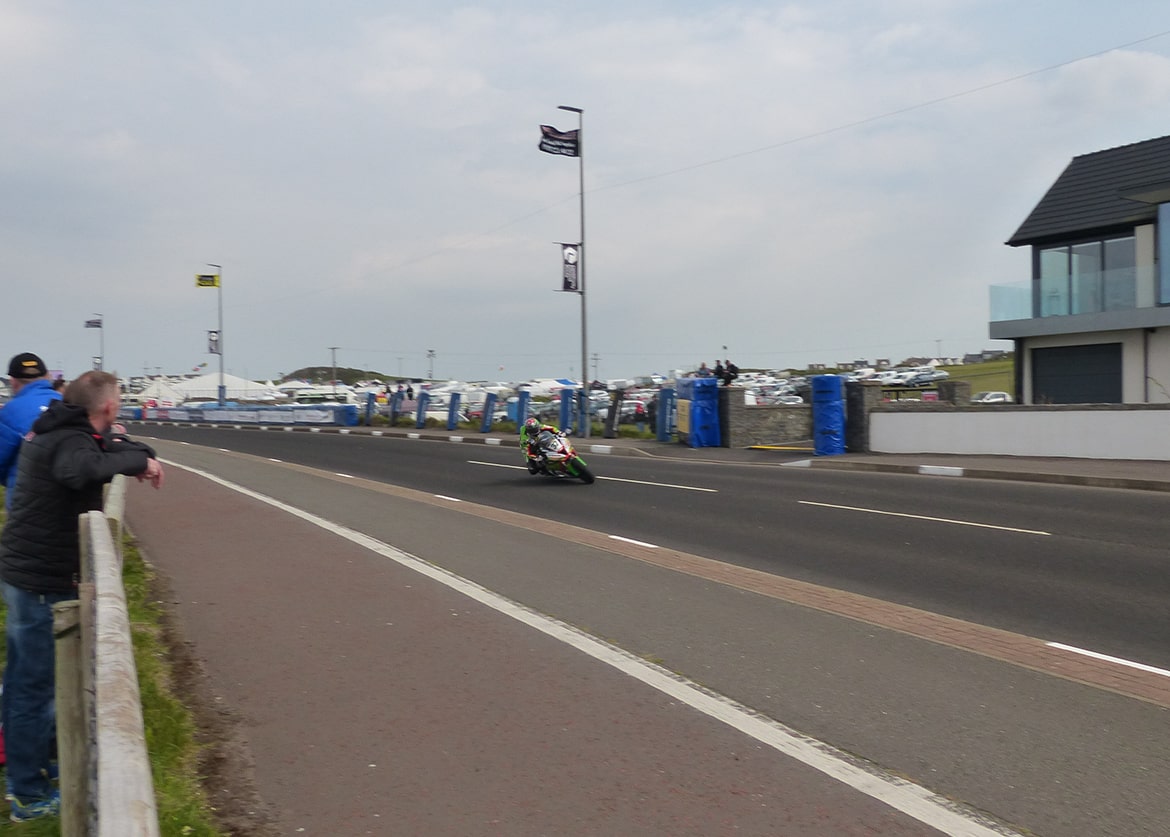 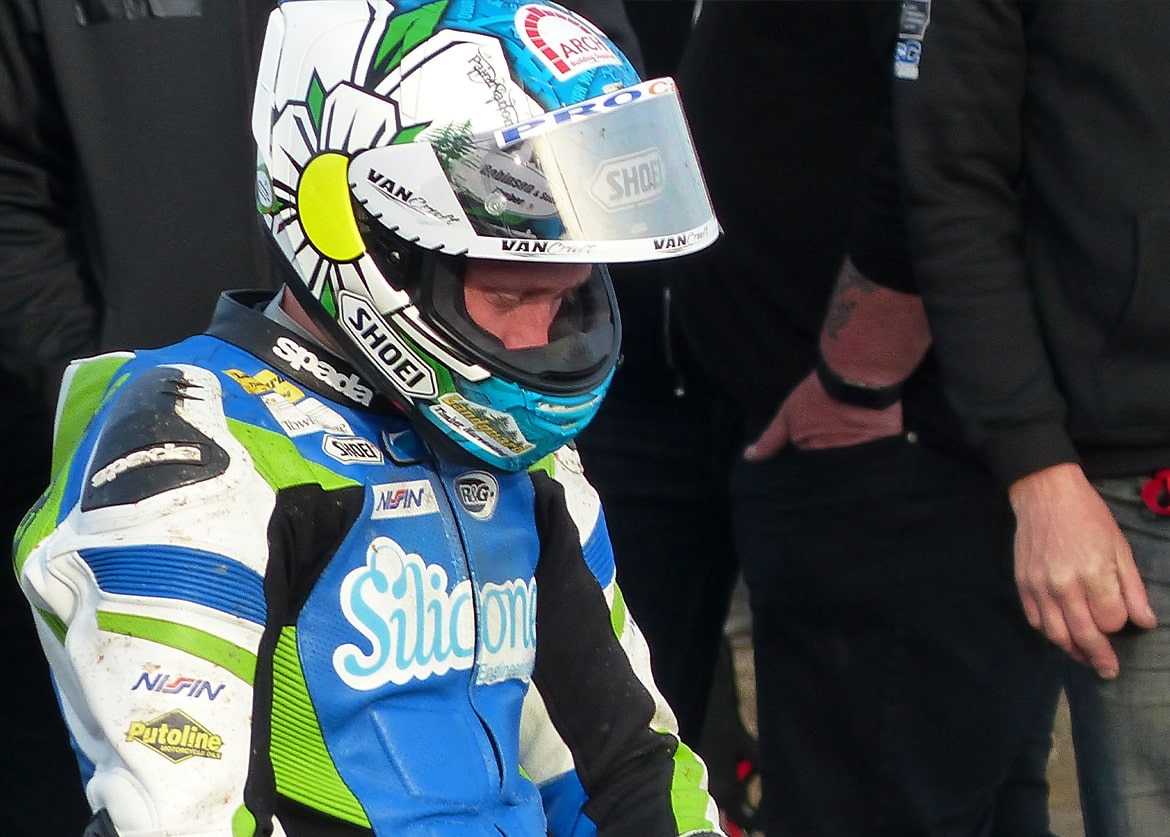 Motorcycle crowds are generally very fun crowds. Since I went to motorcycle races since the age of 12 I can count the times I felt unsafe or not happy on one finger. Race fans look out for one another and are always in for a joke or a conversation. 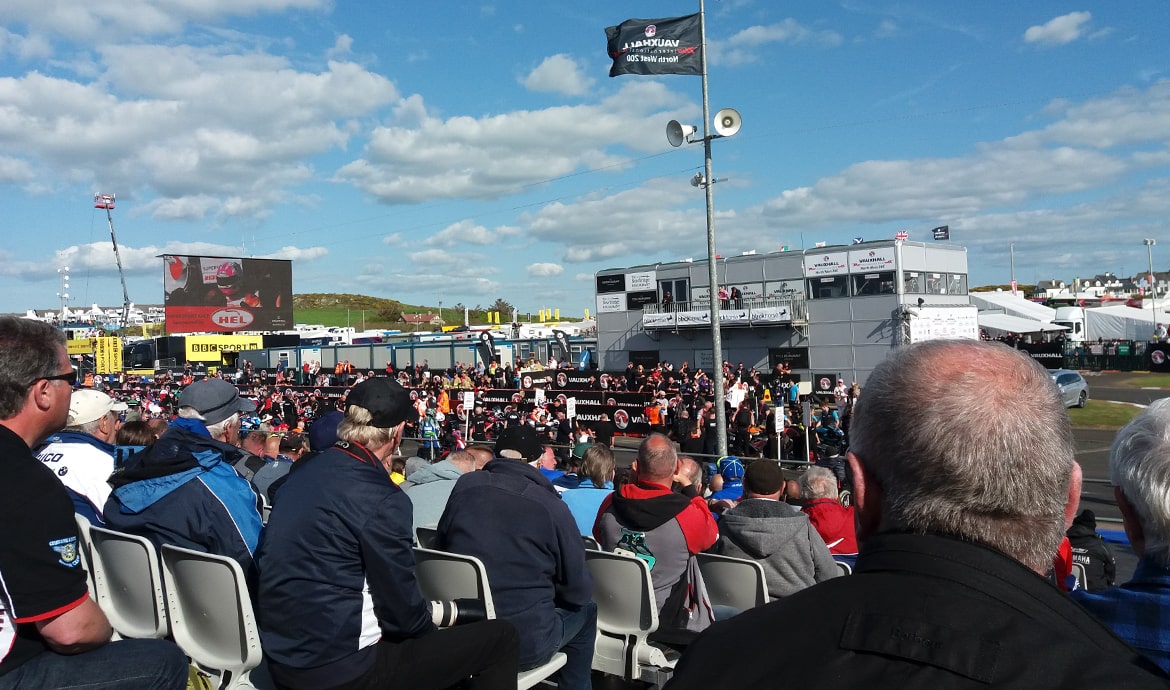 This, maybe even more, the case at the North West 200. The fans are an absolute joy to be around. Both times I went to this event, I had an absolute blast. It didn’t matter where you met the race fans. On track, in the surrounding towns, or even in Belfast, the fans were very kind and nice to be around. My dad and I had some great pints with enthusiastic fans in Belfast two days after the racing ended.

The atmosphere is great and that made visiting the NW200 already worth it. The feeling of camaraderie and respect to all the riders that are racing their heart out. A great selection of food and drinks can be found around the different sections of the track. Pro-tip: don’t forget to visit Joey’s Bar! This is a must-visit for every fan. It breathes history and has some great things including bikes and suits to look at. Also, for the merch lovers, there are enough stores to spend your hard-earned money.

The commentary at this event is spot on. Starting from morning to evening, you will be entertained with great commentary. Even on a rainy race day, they managed to keep us busy laughing and silly stories, serious race commentary and casual talk.

What I love about these racing events is how accessible everything is. For just a small price, you are able to enter the paddock. The paddock is where all the action happens when the riders aren’t on track. The bikes are here with the teams working on them. You are able to catch a rider for a picture, autograph or just a small talk. 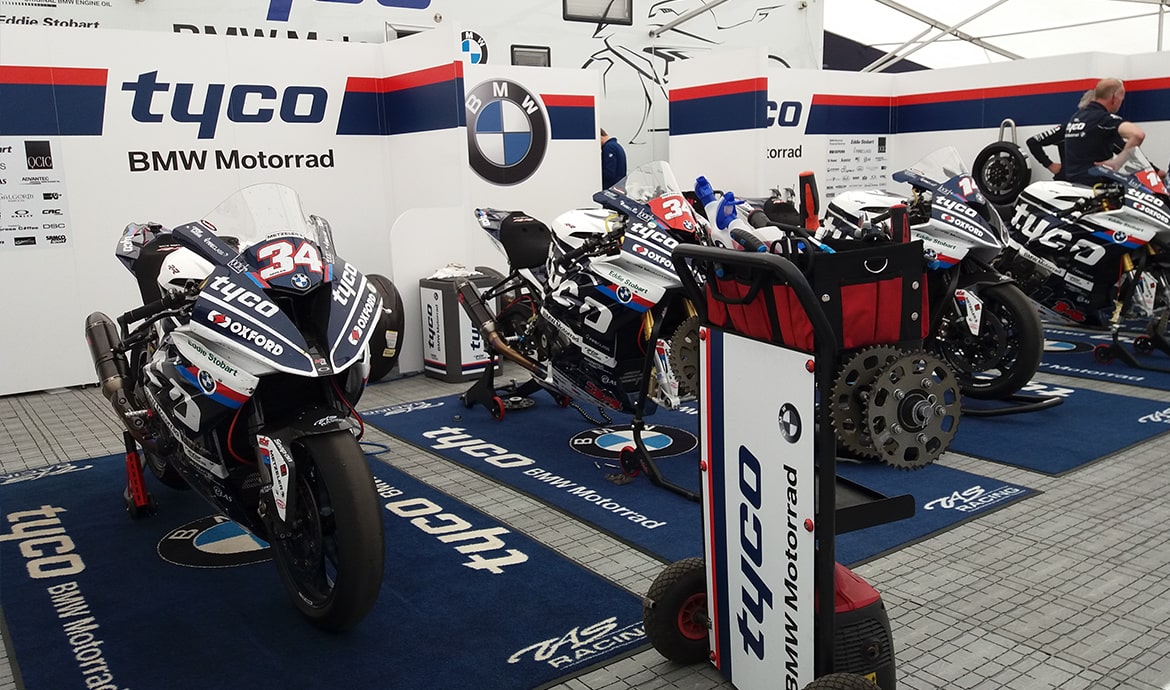 Next to that, you got some nice events through the race week. In the 2 years I went to the race week I saw once a hilarious show of Steve Parrish M.A.D. Tour and a night with multiple World Superbike World Champion Jonathan Rea. Next to that, you usually got some North West 200 expos, fireworks and other fun events.

Another reason why to come to the NW200 isn’t related to the racing. It is related to the sheer beauty of the country. The Causeway Coastal Route is named one of the greatest drives on earth. Driving around there, it is easy to understand why. Epic sights, beautiful coastal lines and a lot of green filled with myths and legends are just a few of the things you will come across. 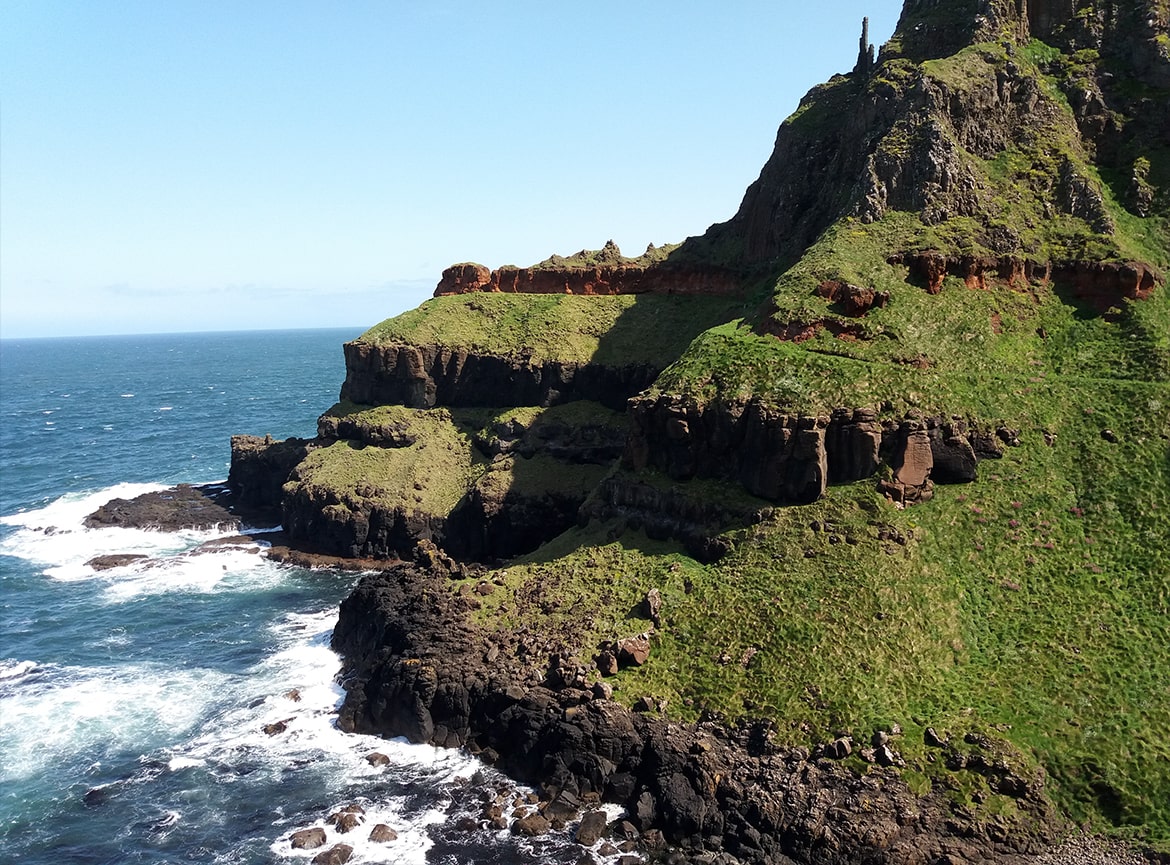 When I was visiting the North West 200 we took our time to travel around. Visiting the Giant’s Causeway, Kinbane Castle, The Gobbins and Downhill Demesne/Mussenden Temple were just some of my personal favorites. Especially, Kinbane Castle felt like a hidden gem! It’s a small walk from the car park that already offers some great views. It is however when you get to the bottom that you get some absolutely amazing views in this old, ruined castle. The cliffs, sea and old castle are just incredible. 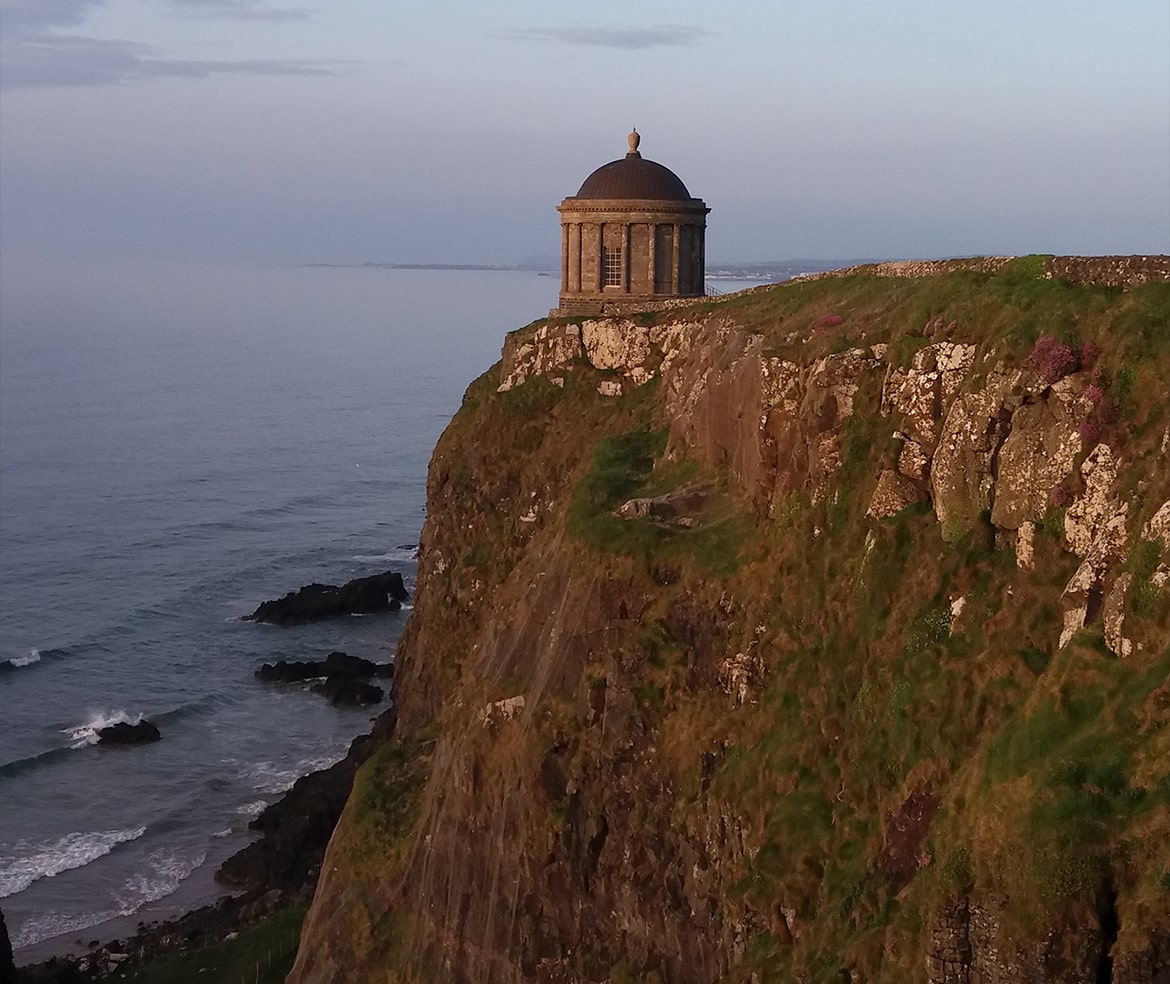 Some guides will recommend visiting the Dark Hedges, but personally I would give it a miss and visit something else instead. Although the trees are great to see! The crowds, and the fact it is just a normal road, make it feel like a bit of a tourist trap. 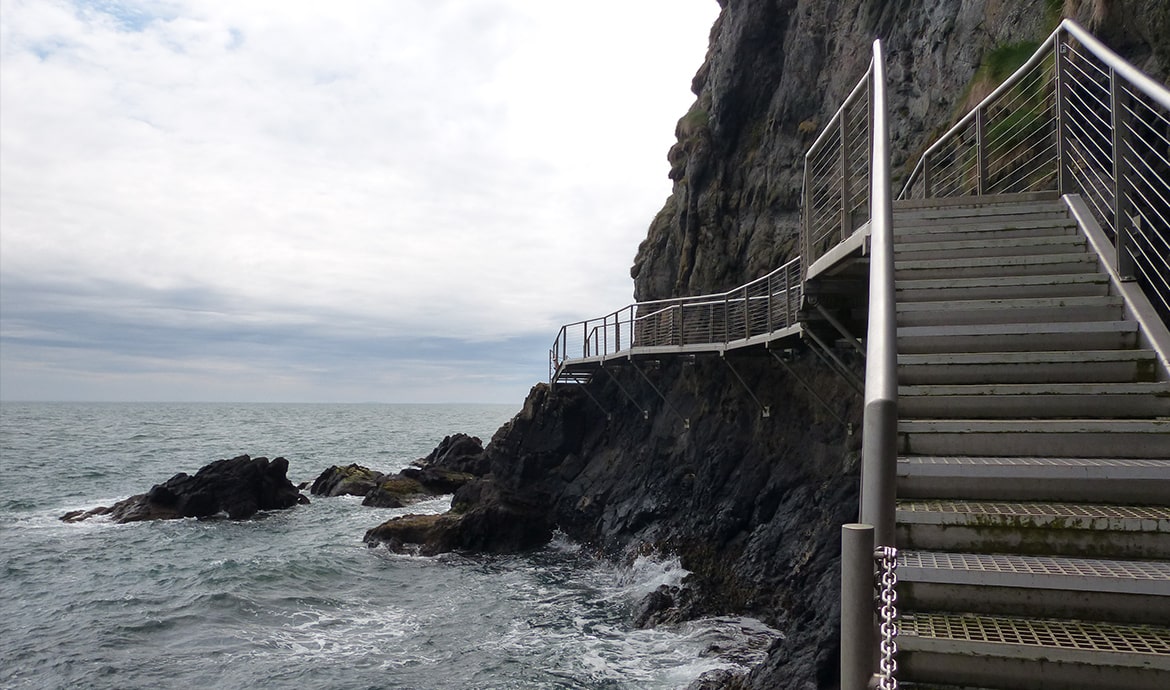 The country is however not just beautiful countryside. There are some great cities to visit, including Derry~Londonderry and Belfast. The latter is obviously famous for its history of building Titanic and troubled times. Belfast is to me a very welcoming city filled with cosy old pubs and great restaurants.

Some highlights to see include the famous murals of Belfast, Crumlin Road Gaol, Titanic Museum, Ulster Museum and of course Shankill Road. So take a quick stop in Belfast and enjoy the pubs, culture, and history of this city. 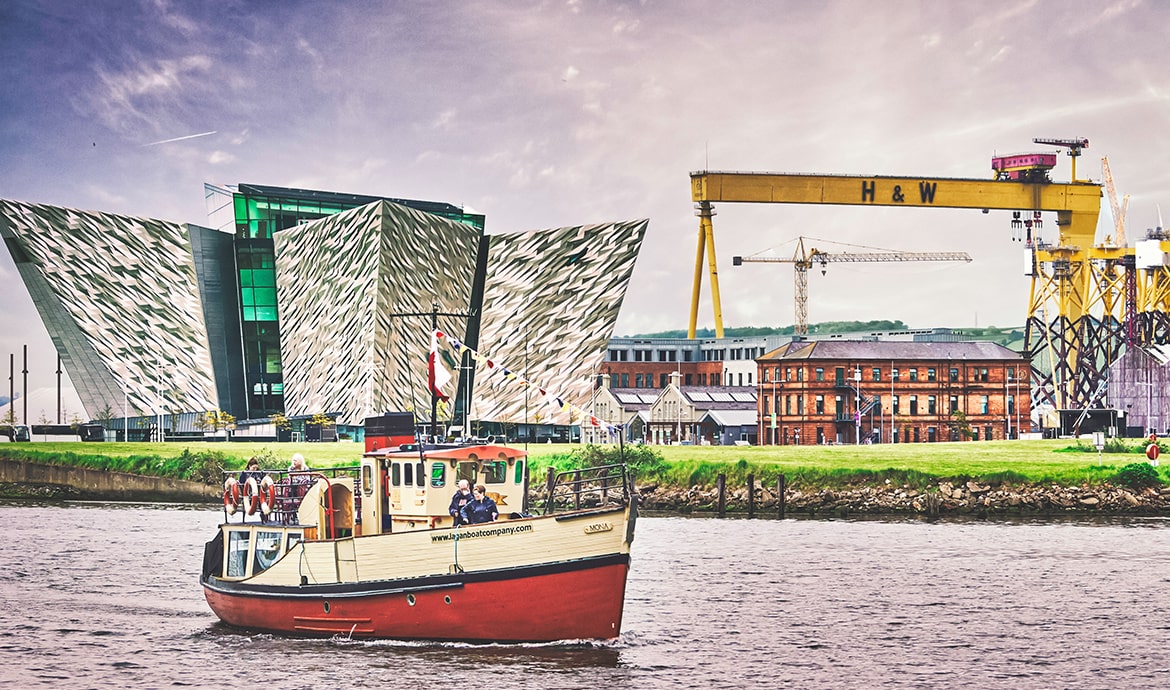 I gave three reasons to go, but why not find out for yourself and actually visit the event. It will be worth it! Hopefully sooner rather than later, I will be able to go back and see the best racers in action on the roads there on the triangle circuit.
motorsport North West 200 Northern Ireland Travel
Write comment
1 Comment
7 minutes read

Pic Of The Month: Van Der Mark Wins in the Netherlands