The Struts are currently touring around with the Young & Dangerous 2019 Tour. As the popularity of the band is growing rapidly around the world, it might be one of the last times to see The Struts in a smaller venue like the Next stage in Tilburg. It was a sold out night with 700 people ready to rock with this Young & Dangerous rock band.

The first support act of the night was Kyle Falconer. The Scottish musician is best known for being the vocalist of The View. Last year he released his debut solo album called No Thank You which made its way within the UK Album Chart.

Kyle Falconer was alone on the stage with his acoustic guitar. His songs were well written and live executed. His set was short, but very good! In total, he played for about 20 minutes and songs like Family Tree, Poor Me and Grace made it into the set. I would recommend checking him out. His songs are great, and the way they were played in Tilburg just gave them a very personal touch. Later in the night, he would make a guest appearance with the main act of the night. 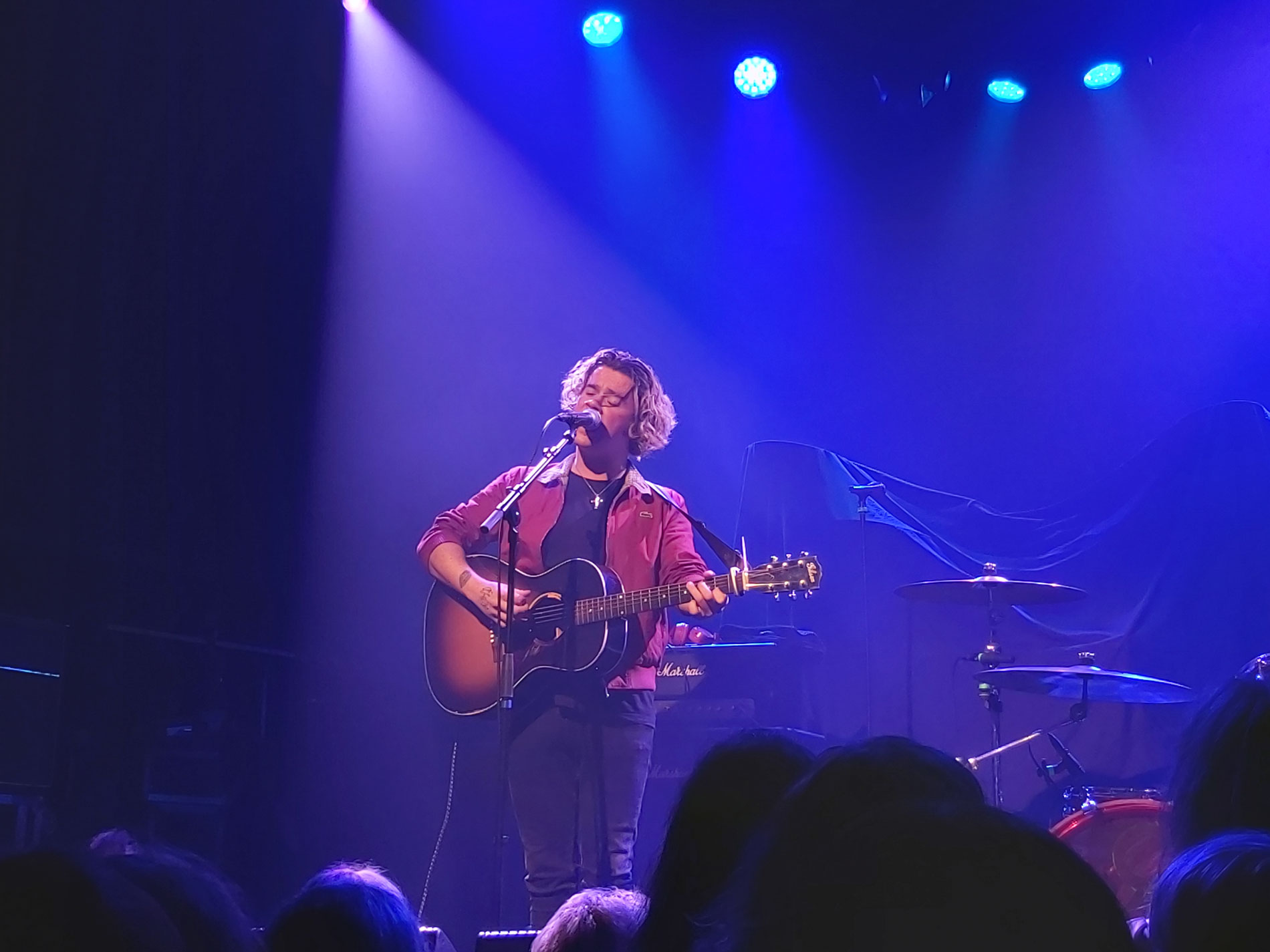 After the first support, it was time for King Nun to hit the stage. This London based four piece are currently promoting their debut album called Mass. The album is a true Indie-smash record.

King Nun has a ton of energy, and they gave a hundred percent during their 40-minute set. Lead singer Theo would take his shirt off and use lipstick as a marker and his belly as paper. The band is full of energy, and they put on a show. Songs in their set included Chinese Medicine, Bug and Hung Around. If I’m really honest, King Nun isn’t my cup of tea. Their style of music and performance art isn’t something I would choose out myself. 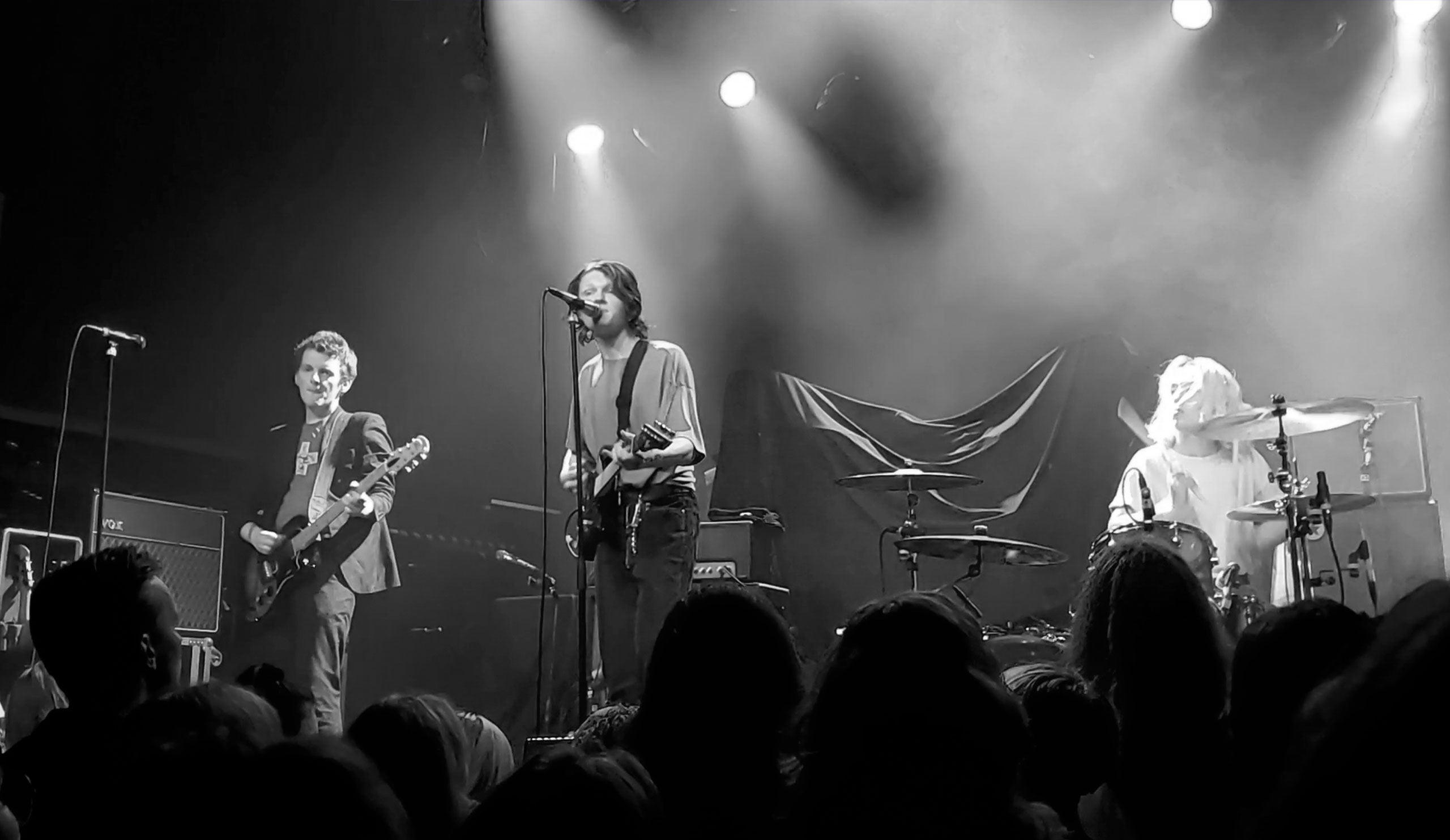 The latest rock sensation comes from Derby, Great Britain, and their name is The Struts. Remember the name, because this band is going to be big. Dave Ghrol from the Foo Fighters called them his favorite support band. Their sound is inspired by Queen, Slade and Thin Lizzy. The Struts quickly drew a major following with their outrageous live performances since forming back in 2012. Before they even released their first album called Everybody Wants in 2016 they already supported The Rolling Stones performing for crowds over 80,000 people in Paris! Currently, they are touring with the Young & Dangerous album and stopped in Tilburg, the Netherlands for a sold out show. 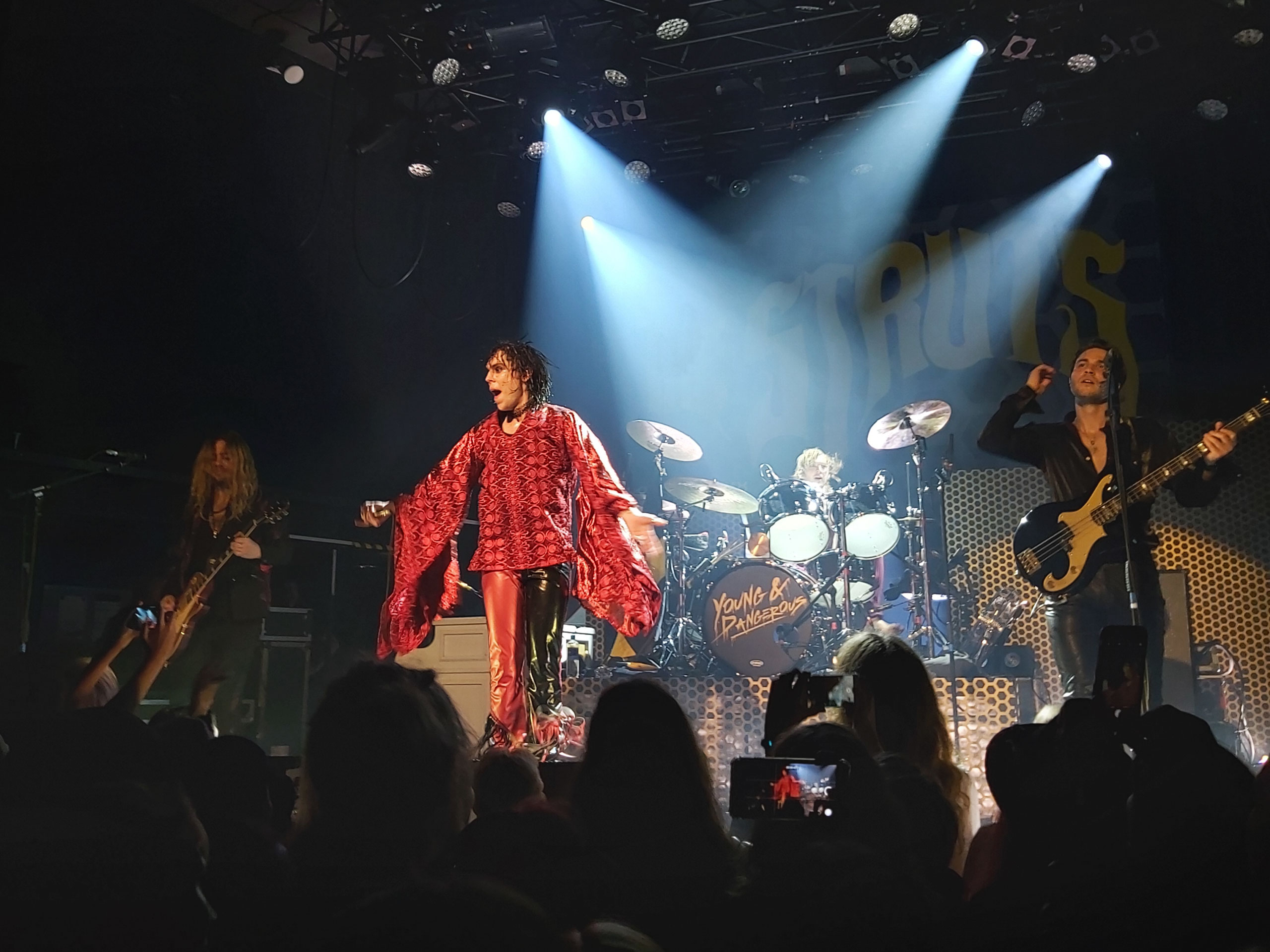 From the second the band members entered the stage, there was this electrifying energy going on. When the first notes of Primadonna Like Me started the crowd went wild and when lead singer Luke Spiller made it onto the stage the roof was blown off.

This rocking song really got the crowd jumping and singing along. A theme that would continue throughout the night. It is easy to forget how skilled the band itself is with a frontman that makes you remember the greats like Freddie Mercury. Adam Slack on guitar hits the right notes, and Jed Elliott on bass and Gethin Davies on drums keep the rhythm tight and on pace.

Spiller as a frontman is instantly likeable with his enthusiasm and amazing voice. Body Talks was the second song of the night and the glam rockers really had the crowd in the palm of their hand. The costumes, energy, song and light show all come together with The Struts.

In love with a camera

The power kept on going with Kiss This, In Love With A Camera and Fire (Part 1), before slowing down a bit with One Night Only. Spiller joined the piano on this one, as he did during a few songs later in the set as well.

Dirty Sexy Money is an upbeat hard rocking song with the Tatler Magazine being an intended ridiculous, but great song! An electrifying mashup of songs from the debut album containing The Ol’ Switcheroo/Black Swan/Roll Up/Young Stars followed. Adam Slack continued to show his guitar and showman skills with his solo before they continued with I Do It So Well.

An acoustic version with Luke and Adam of Mary Go Round showed the incredible musicianship and talent this band has. Kyle Falconer joined the band for a cover of his own band’s song Same Jeans. It was a nice collaboration that worked really well on stage. The voices of Falconer and Spiller worked really well together. 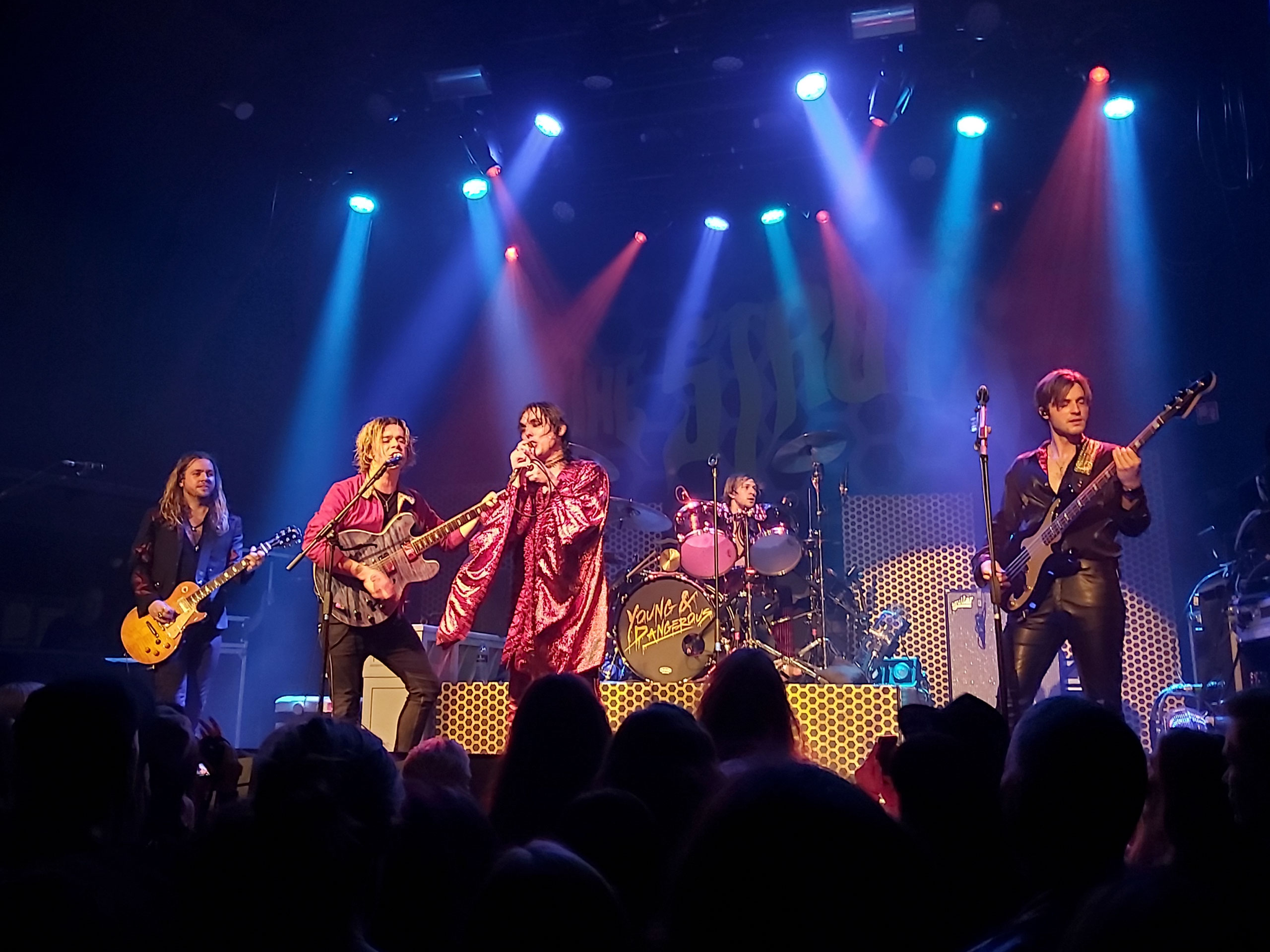 End on a high

The main set closed with Put Your Money On Me and Where Did She Go. Both of these are true crowd sing-a-longs.

Luke Spiller came back on stage to play Somebody New alone on his piano. It really changed the vibe of the concert. This song was delivered emotionally and it sounded amazing.

The band joined for Ashes (Part 2) and for the closure of the show Could Have Been Me. To the people who say rock is dead. Think again! Because The Struts proved that statement wrong. The band electric power of rock and roll feels like you’re back in the 1970. 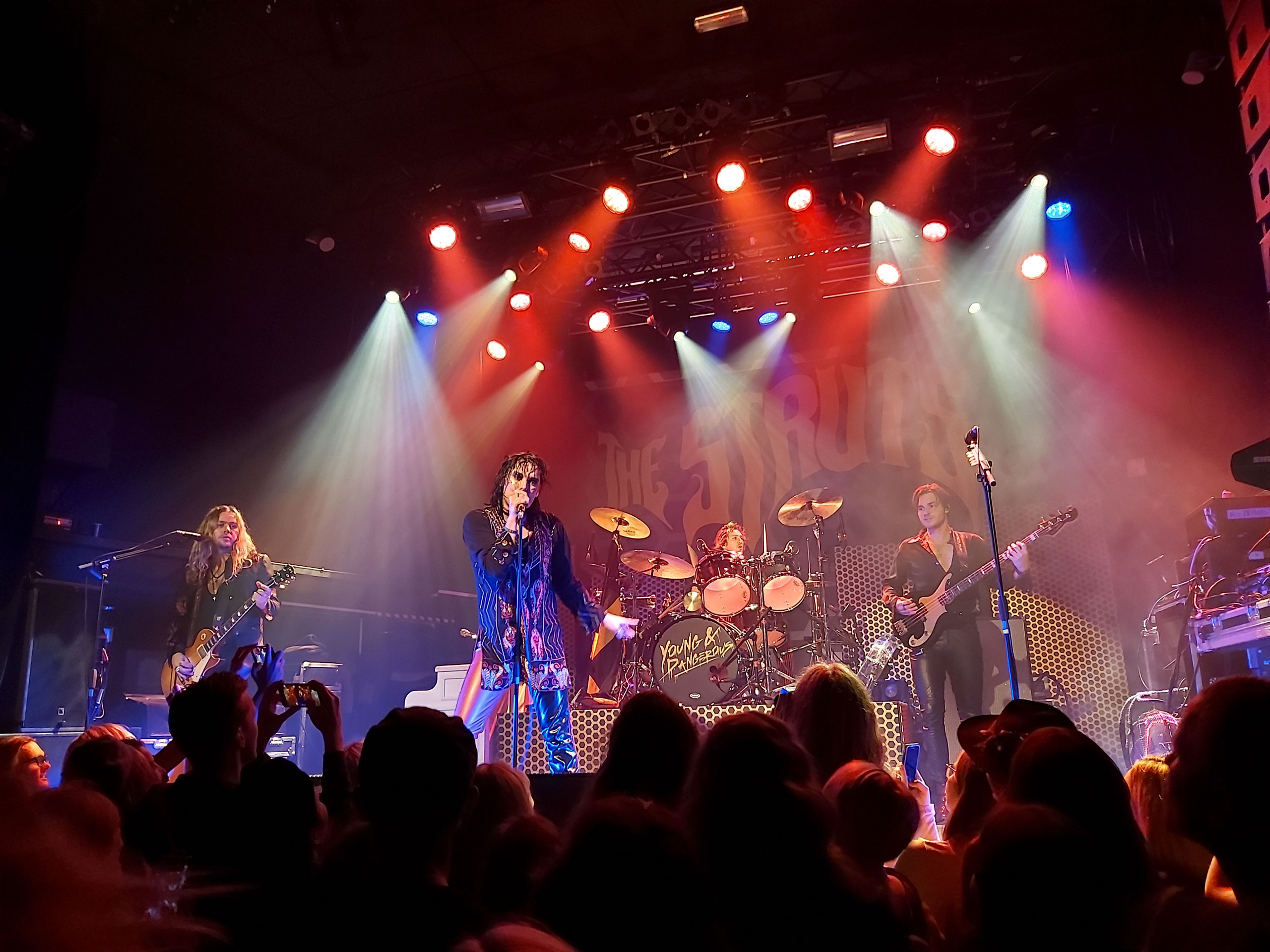 You want my honest review? Go see The Struts while you can, because this band is going to be big! Their enthusiasm, musicianship and live performance are just amazing and something that is a must-see. They blew away all my expectations, and Luke Spiller really knew how to work a crowd with the palm of his hand. Class act!

Idiots on Tour with Crashdïet, the Cruel Intentions, and Highride

Mika live during the Revelation tour in Utrecht!