Crashdïet recently released their 5th studio album called Rust, and a new album means going out on tour to promote it! They took the bands Highride and The Cruel Intentions with them on their tour across Europe. I saw them in a venue called Little Devil in Tilburg, the Netherlands. 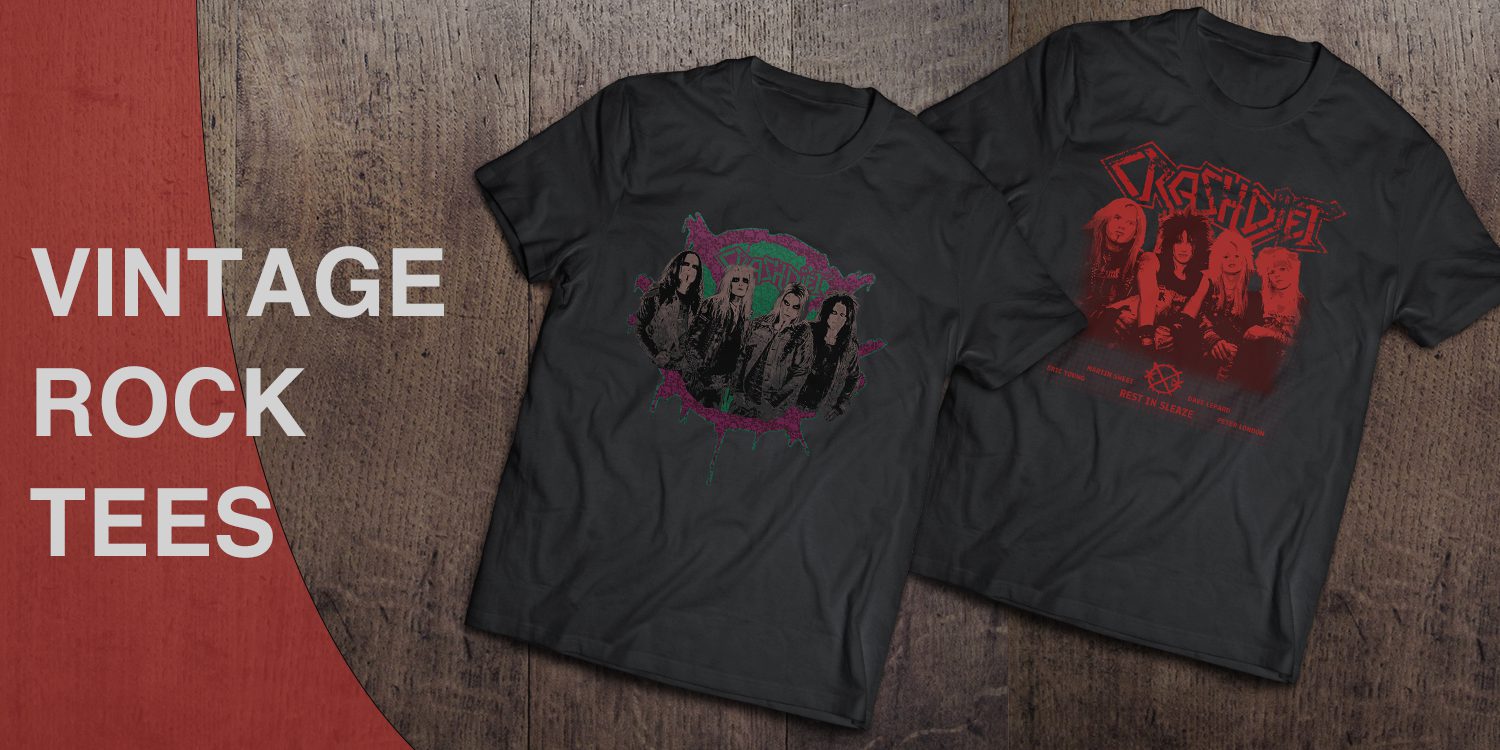 Swedish sleaze punk band Highride kicked the night off with an exciting set. On the small stage in Tilburg the band showed a lot of enthusiasm. Frontman Peter Waljus knows how to play with the crowd and his guitar. On bass, it’s Kirss Keyes, who wouldn’t do too bad in a Nikki Sixx look-alike competition. Keyes gives a lot of attention to the crowd and makes sure everyone in his area is all fired up. The band is completed by killer guitar solos of Mille Lithander and a good rhythm on drums off Nicke Rosell.

As you can imagine from a punk/hard rock band the energy levels are high. The crowd was into it and the fists went into the air. Some of the songs in the set included A Good Day (To Die), Black, and Sex Is My Substitute.

As a warm-up, the band really warmed up the crowd. Their punky rock attitude was featured not only in their music but also in their onstage personas. With the latest album released in 2013, it is only waiting for the band to release a new album with some killer material. Keep an eye out for it, because they are a band to watch out for!

The Cruel Intentions always get the crowd wild. Imagine if Guns N’ Roses met the Sex Pistols and made music. Well-structured songs with a voice to remember. Former Vains of Jenna singer Lizzy DeVine has a unique voice that is hard to miss. After having lived in America for a few years he relocated back to Europe and formed The Cruel Intentions.
The band has a powerful no-shit attitude on stage which translates well into their songs and performance. We saw a great example of true rock n roll during the set when DeVine’s guitar amp gave out. After a minute of trying things, he took the show must go on approach and performed for the first time in his career without a guitar. The performance wasn’t less because of it, as it added to the charm and show. Luckily a backup amp was found and he was able to close the set with a guitar.

On the lead guitar was Kristian Solhaug who gave us some amazing solos throughout the show. Robin Nilsson was responsible for the kick-ass drum sound while Mats Wernerson made it all come together on bass.

The crowd loved The Cruel Intensions. From the second the band set foot on stage they had the crowd in their hand and had them jump and dance around. Some songs in the set included Jawbreaker, Borderline Crazy, and Accidentally Intoxicated. I think at this point the crowd already had an amazing night, and the headliner hadn’t even taken the stage yet.

Just before 10 Crashdïet entered the stage. All dressed up in their latest Rust album outfits, it was time for the Swedish Sleaze rockers to show why they are called the kings of Sleaze. They opened with Reptile, one of the singles from Rust, and it surprised me how well the crowd knew the lyrics and sang along from the start. The song immediately brought the crowd into a party zone, with people dancing and having a good time.

The setlist of tonight was a great mixture of new and old material and after Reptile it was time for some Crashdïet classics with Tikket and Riot in Everyone. With Eric Young behind the drums we were treated to a big powerful sound that was enhanced by Peter London’s bass. With Martin Sweet on guitar the band and Gabriel Keyes on vocal duties the band was complete.

Down With the Dust, We Are the Legion and Cocaine Cowboys kept the hard rocking pace going before the band went on to play Rust. The new material fit perfectly within the old material and Keyes handled all the different singing styles with ease.

Onstage, you can see how well the band members compliment each other. The sound tonight was absolutely perfect, and they all performed their hearts out. Queen Obscene / 69 Shots and In the Maze completed the main set.

The set of Crashdïet offered a nice mixture of different styles and songs. With the encore, we got all the hits! Starting off with Breakin’ the Chainz. From the Rust album, Idiots made followed up with Chemical and Falling Rain coming next before the pace was brought down a notch.

It’s A Miracle saw singer Gabriel Keyes sing the chorus, with just Martin Sweet joining on guitar. The crowd loved it as they sang their lungs out together with Keyes. Personally, it’s my favorite song of the band and the vocals by Keyes really fit this song. The band sounded very tight together throughout the night, and especially during songs like It’s A Miracle, their musicianship was really noticeable.

The hard rocking night ended with arguably their biggest hit: Generation Wild. It was an amazing night and Crashdïet showed they are just as strong a band as before. The stage tonight, isn’t very big. Meaning Gabriel couldn’t move around much on the stage. Luckily that didn’t mean we saw Martin Sweet, Peter London and Gabriel Keyes stand still all night.

With the limited space they got, they went all out and made sure it would be a show to remember. Keyes hanged onto the ceiling multiple times, walked among the crowd and even crowd-surfed.

It has been 2 years since seeing Keyes for the first time-sharing the stage with London, Sweet and Young, and in those years he really gave the band their own sound. Keyes fits within the band and together the future can hold great things.

Many fans sticked around the bar after the show. All the band members of the various bands talked, signed and had a drink with the fans.

If we learned, one thing is that rock is still alive and well. Maybe it’s not mainstream, but when you open your ears and start looking around, you will find a lot of great new rock music! 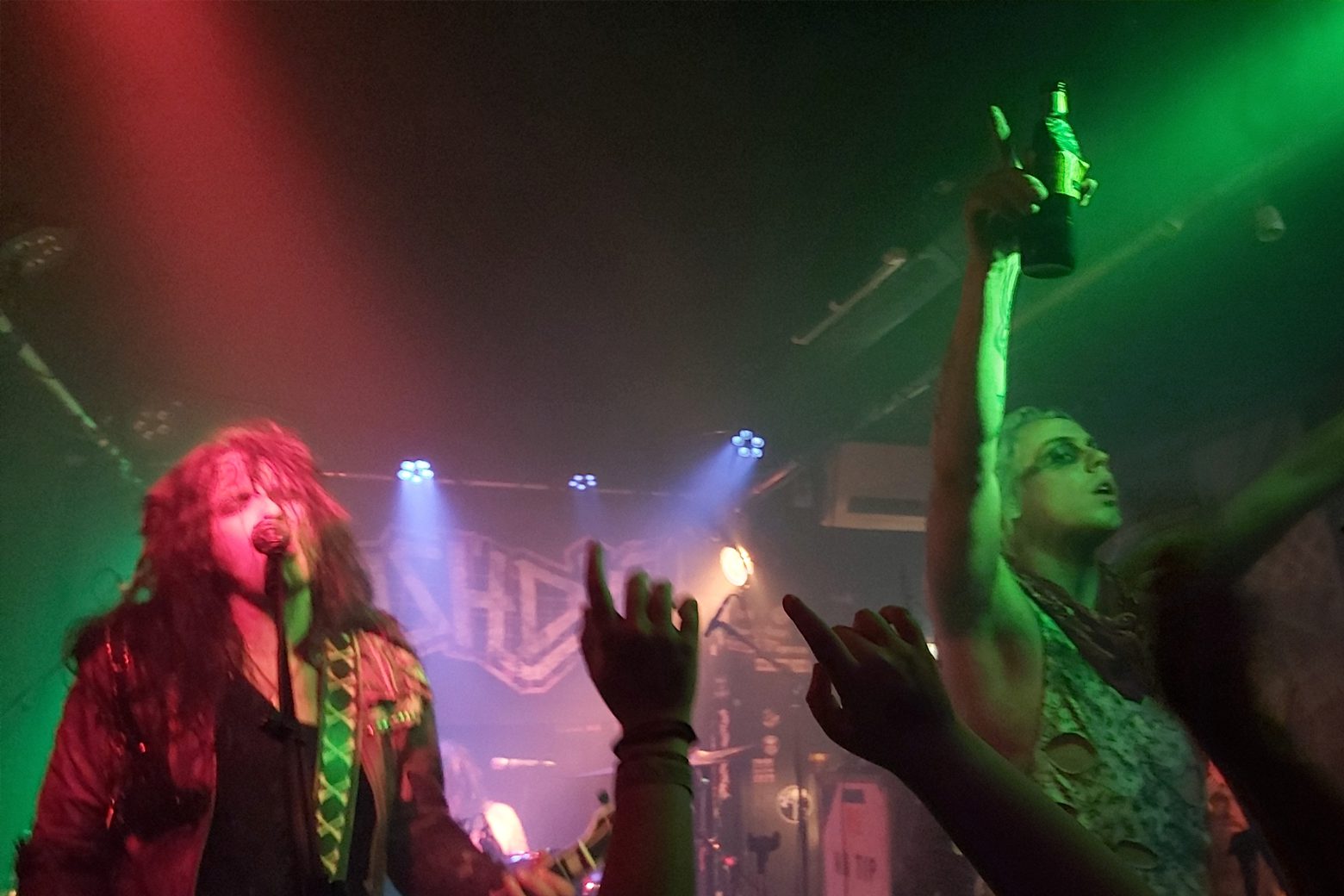 Ol’ Black Eyes Alice Cooper is back in Europe!

Be a Primadonna like The Struts live in Tilburg!