For the first time ever, Def Leppard was playing the prestige O2 Arena in London, United Kingdom! Tonight I saw them play for a sold out crowd of over 20,000 people with their Hysteria & More Tour.

Special guest of tonight, Cheap Trick, took the stage and warmed the London crowd up with some old school rock. The Chicago based rock band was great to see and listen too. Formed back in 1973 the classic line up consisted of frontman Robin Zander, guitarist Rick Nielsen, bassist Tom Petersson and drummer Bun E. Carlos.

The band enjoyed big success in the late 70s and 80s, and they wrote the song Mighty Wings, used in the movie Top Gun. Cheap Trick has sold over 20 million albums and were inducted into the Rock and Roll Hall of Fame in 2016. Bun E. Carlos isn’t part of the band any more and currently Nielen’s son Daxx took over behind the drums. A band like Cheap Trick has a wide catalogue of songs to choose from, but tonight’s set was mainly focussed on the hits. The perfect opening song as always is Hello There, and that is the obvious choice to start tonight show with.

It was followed by 1977’s Big Eyes and a great cover of California Man (originally from The Move). Daxx behind the drums has a powerful sound behind the drums. Although some people feel he lacks the distinctive style of Carlos E. Bun, I personally think Daxx is a great fit. Tom Petersson brings the groove throughout the night on his 12-string bass.

If You Want My Love and The Flame brought the pace of the showdown a notch. I got to say, The Flame was performed amazing. It’s one of those iconic songs, and to see it been performing and sounding incredible is just one of those ticked box moments.

I Want You to Want Me

Cheap Trick is well aware what the London crowd want’s to hear, and so the second part of the set is filled with (almost) all the hits. To kick it off was I Want You to Want Me. Arguable the biggest hit from the band, it truly got the crowd wild.

Dream Police, Never Had A Lot to Lose and Surrender, kept the stream of hits coming. Robin Zander on vocals sounds great tonight. The iconic voice seems to do well in the lower and higher notes, and together with a tight playing band they sound impressive. Then again, what else could we expect from a Rock and Roll Hall of Fame band.

The show was closed with the song Goodnight Now. As special guests they played 10 songs tonight, and it felt that Rick Nielsen on guitar had the same amount of guitars during the set. The amount of guitar picks that went into the crowd was outstanding and gave the crowd a great little momentum of the show.

Cheap Trick sounded great, looked great, and it was amazing to see this rock band live for the first time!

The rock band from Sheffield has been around since 1977 and tonight is all about their biggest album, Hysteria. The fourth studio album came out in 1987 and has been the band’s best-selling album to date. It sold over 20 million albums worldwide and spawned 7 hit singles.

The album was created by lead singer Joe Ellison, guitarist Phil Collen, drummer Rick Allen, bassist Rick Savage and the late Steve Clark on guitar. The recording process took over 3 years and saw tragedy strike when drummer Rick Allen lost his arm in a car crash. That didn’t stop Allen, and he was determent to make his return behind the drum kit.

Allen successfully made the return behind the kit and adjusted the sound of the band slightly. Def Leppard went against all odds and together with producer Mutt Lange they proved the world why they were one of the biggest rock bands in the world.

Sadly, Steve Clark passed away in 1991 and Vivian Campbell has been taking over the guitar duties ever since.

As the lights in the sold out O2 Arena went out, the countdown on the big screens started from 10 to 0. Snippets from all the Hysteria album songs featured throughout the countdown as the crowd went wild. A big video wall blocked the stage and showed LONDON when the countdown hit zero. It slowly lifted, and it revealed the band standing ready to really kick off the show.

The album was played in its entirety and from start to finish. Guitarist Phil Collen stood shirtless on the catwalk as he started playing the opening lick of Women. From the get off, Def Leppard showed that they are talented musicians. Although they older than when the record came out (obviously) there on stage energy and enthusiasm was extraordinary.

Rocket, Animal and a neon laser filled Love Bites continued the string of hits. The stage design was simple but very effective. A big video wall stood behind the band and every song portrayed a different visual in either video or animations. The songs and video worked very well, but at the same time you still got the feeling it was all about the band and that was where the main focus was on.

Joe Elliot’s voice sounded amazing throughout the show. Every line he sang was on point and made you feel like it was the record. 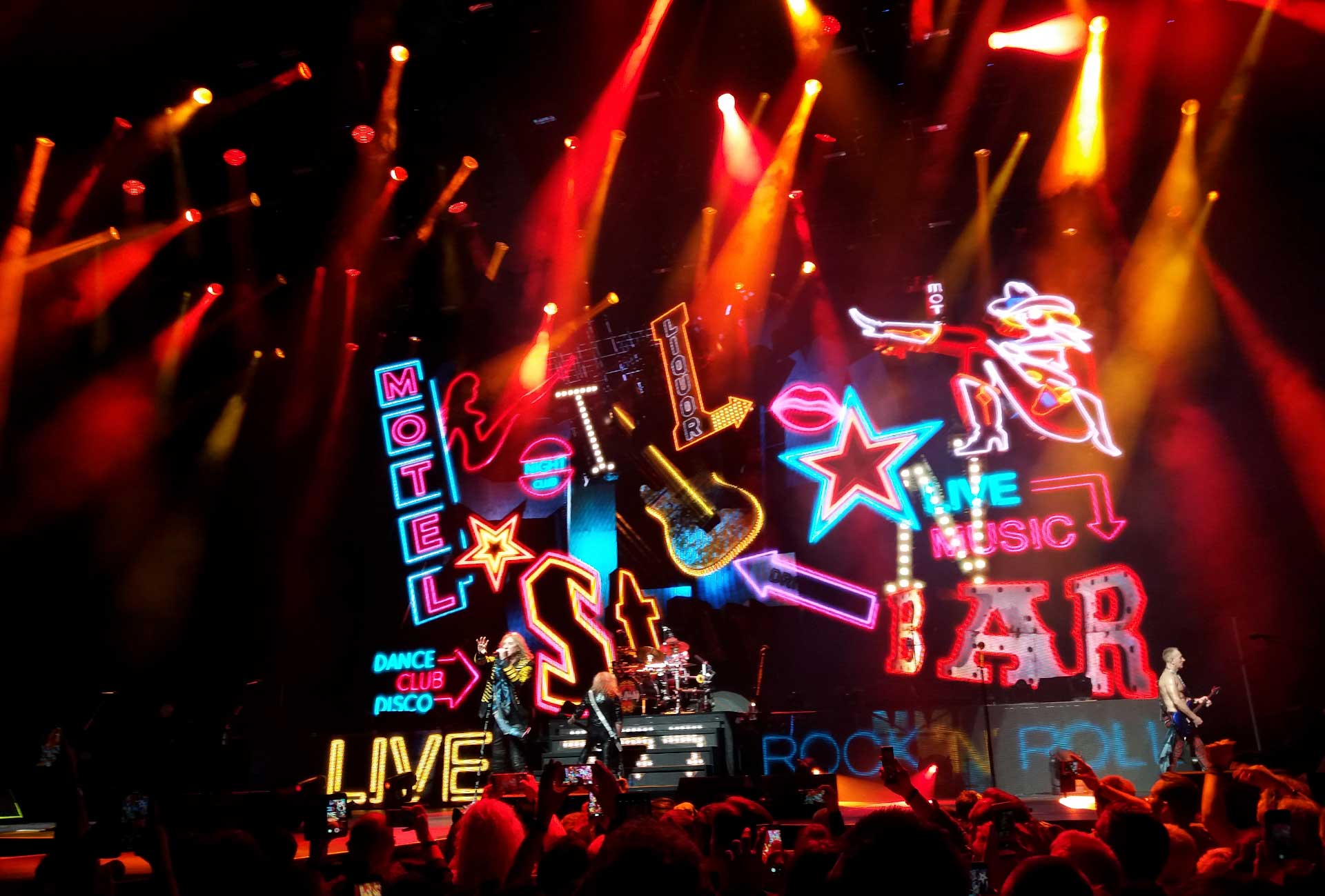 During Pour Some Sugar On Me, the crowd was able to rival with Elliot microphone as at some point the crowd was louder than the band. Always a fan favourite and great to hear live! A tribute to the late Steve Clark followed, which was impressive. Just showing his picture with the dates and his solo from the original Hysteria tour made the crowd go wild. A great tribute to a great guitar player.

Gods of War came after, and the bass driven song really sounded incredible live. A brilliant song that sounded great live. With Rick Savage on the bass guitar, Def Leppard has a great grove going on during the show. His bass lines are in ways the heartbeat of the band, and in the live show you can really hear his distinctive lines.

With Don’t Shoot Shotgun and Run Riot, the pace was picked up again and so were the crowd’s cheers! Nostalgic videos and pictures filled the big video screens during the album’s title track. Hysteria brought back the singing along every line back and had the crowd stand on their feet. A great gesture was made in the end of the song when a little snippet of Heroes from David Bowie was played by the band.

The guitar work between Phil Collen and Vivian Campbell is a pleasure to listen too. They really bring the best out of each other, and their sounds merge perfectly together.

Excitable and Love and Affection closed the full play through of the Hysteria album!

We had seen the amazing Hysteria in full, and now it was time for the more part. For the encore, the band went back to 1980s On Through the Night album with the song Wasted.

Rick Allen has been flawless behind his drum kit throughout the night. Absolute pleasure to watch him do what he does best: giving the best beats to rock classics! 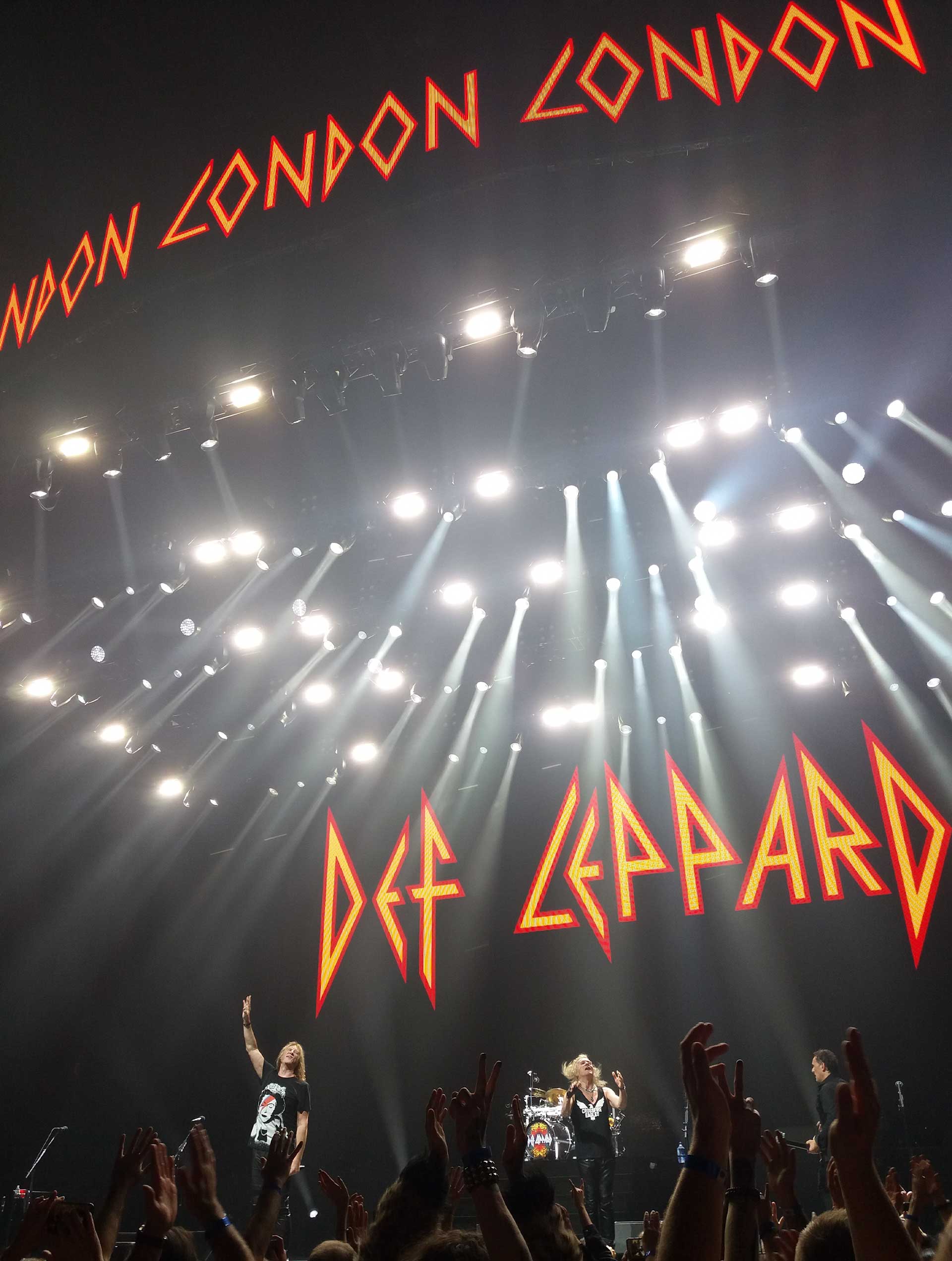 Power ballad and fan favourite, When Love and Hate Collide, showcased once again the great vocals of Joe Elliot. Let’s Get Rocked brought the power back and had the crowd singing along on every line.

The show ended with Rock of Ages and Photograph. It truly was a show to remember. Def Leppard was on fire tonight. They played incredible and sounded tighter together than I ever saw before. It was a concert to remember!

Def Leppard must have thought the same as they released the show on CD and DVD! 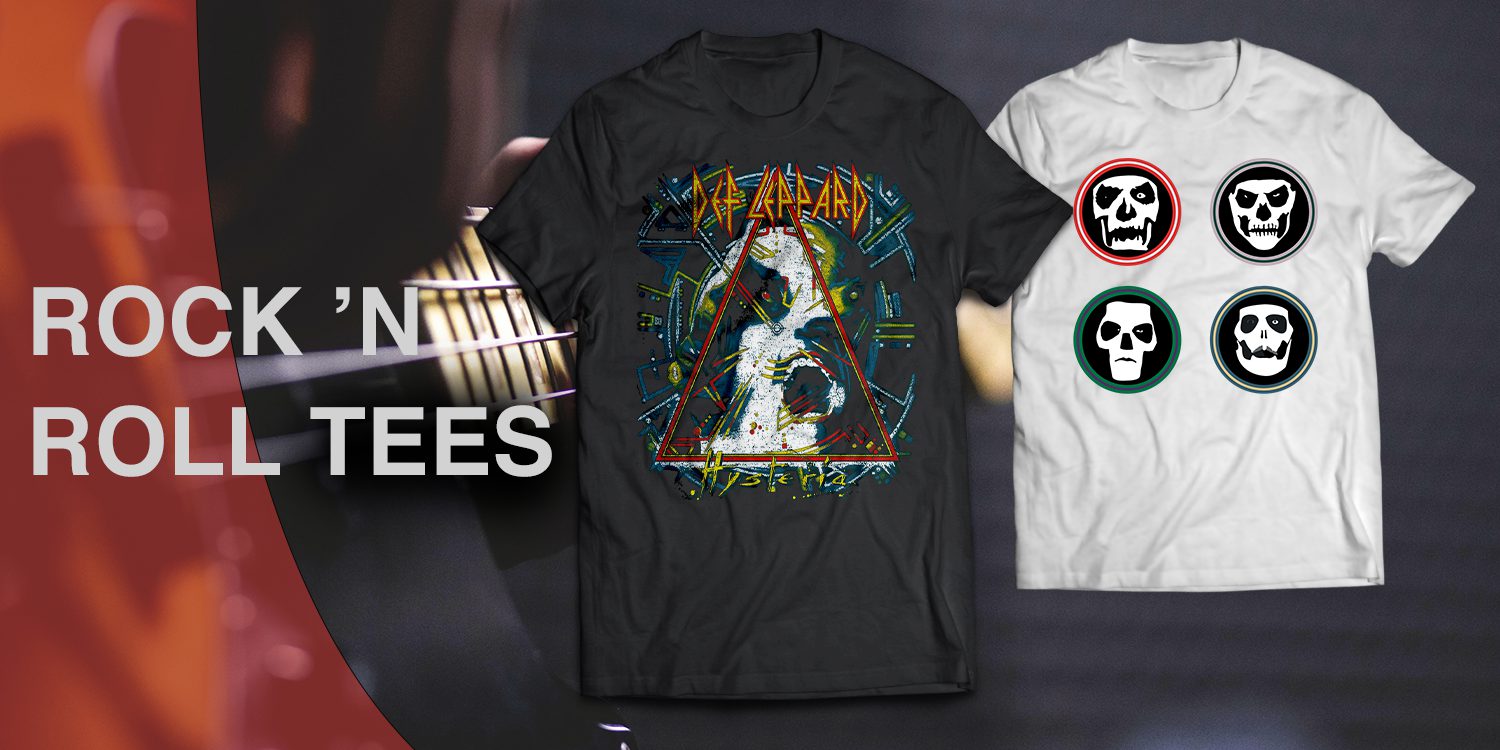 Live in concert: The Dead Daisies keep the flame of rock burning!