Earlier this year we wrote about the power band called The Dead Daisies and their story so far. Now, after missing the band on their last Burn It Down Tour, we got to see them live on the Winterland Tour.

In April, the Burn It Down album came out and was well received around the world. Since then, they have toured the globe with a very successful tour. Now the band returns once more to Europe to show why they are one of the best live acts around. As Lightning Strikes saw them perform at the Boerderij in Zoetermeer, the Netherlands.

Most bands ask a lot of money to meet the band. Some bands are even asking ridiculous amounts of money to see them play a small and intimate acoustic set. But that doesn’t count for The Dead Daisies. The first 50 people in line are treated with a special acoustic set of 6 songs. Next to that, you can meet and greet the power band afterwards. This means fans will arrive early to make sure they can be part of this set.

With Deen Castronovo being the “new” guy on drums performing Rod Stewart’s Stay With Me it was a setlist that had something for everybody. Castronovo of course is famous for acts like Journey, Ozzy Osbourne and Revolution Saints. Only not lead vocal duties went to Doug Aldrich (Whitesnake, Dio, Revolution Saints). Although, he showed his talent of playing guitar during this set. The fans who made it on time loved every second of this intimate show which was full of jokes and crowd interactions. It proved that the Daisies were not any rock band!

After the meet and greet was finished and all the other fans made their way into the venue, it was time for the support act. VooDoo Vegas come from the UK and will release their 3rd crowdfunded album next year. The band opened with Don’t Need Your Love and showed the mutual respect between guitarists Meryl Hamilton and Jon Dawson by switching solo’s in between the set.

On bass, it was Ash Moulton and behind the drums was Mike Rigler who head banged his way through the set. The hard rock band gave everything tonight even though lead singer Lawrence Case was suffering the flu. It was an entertaining band to see and listen to. Definitely a band to look out for!

Giving everything and more

From the second the band entered the stage, they had the crowd up their feeds and singing along to the opening “heys” of Midnight Moses. It was difficult to focus on just one band member as they were all jumping around the stage and all and earned their stripes in rock. Evil was next before hitting the crowd had to make a lot of noise for you guessed it: Make Some Noise.

After touring for so long, the band knows what the crowd likes. They went on to play Rise Up, Dead And Gone and What Goes Around before Doug would start the riff of Resurrected.

Resurrected comes from the latest Burn It Down album and tells the story of coming back after a difficult period where people said you would never make it. Resurrected ended, and it gave Doug the opportunity to give one of his solo’s during Last Time I Saw The Sun. The second cover of this electrifying set list was Join Together, originally from The Who. John had the crowd in the palm of his hands. It didn’t matter if the fans had to sing, clap or scream, they did everything he asked. A true frontman and performer!

For those who missed the first acoustic set list the band had a surprise up their sleeves. Five chairs were put on stage and the rock collective began with Set Me Free. Castronovo once again beautifully sang Maggie May before the band cued the house lights. All mobile phones lights went on for the last acoustic song Let It Be. You felt that the band enjoyed these songs. The vocals of all members fitted beautifully together, and it was great to watch.

After the (our second) acoustic set, the electric guitars and bass were back on stage to bring more powerful rock songs like Burn It Down and With You And I. The band was on fire, and they weren’t afraid to show it. The musicianship and enjoyment was visible every second the band was on stage. And off-stage with Marco Mendoza joining the crowd whilst playing. It’s amazing to see such a quality band interacting with their large fan base!

Leave Me Alone, Bitch, Song And A Prayer, Long Way To Go and Helter Skelter completed the initial setlist. It gave the crowd some great original Daisies songs and covers to sing along too. 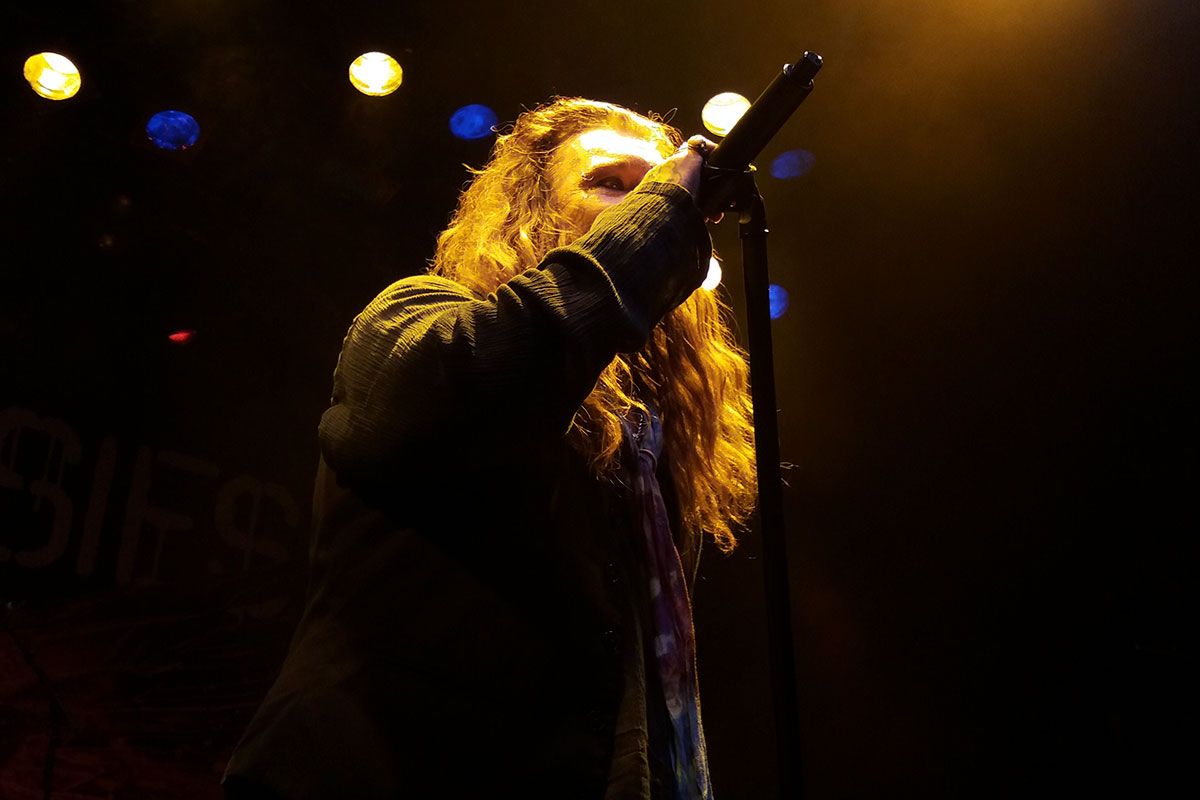 Finishing on a high

The band returned to the stage for an encore. Starting with 2015’s Mexico and ending the show with another classic rock cover of Highway Star. If one thing was certain, it was that the band gave everything. Deen destroyed his drum kit and David and Doug made their guitars scream one last time with Marco dancing around the stage. John’s raw vocals were screaming one last thank you before the show was really over.

A show that had everything from raw and pure rock n roll to the softer and more relaxed acoustic songs. If you haven’t seen them yet, now is the time! Catch the The Dead Daisies in the upcoming weeks as part of the Winterland Tour, and you won’t regret it. Rock isn’t dead! The Dead Daisies and Voodoo Vegas proved that tonight!

Read more about The Dead Daisies:

The Dead Daisies, the story so far

American bands we wish would come to Europe in 2019!