TOTO started their European leg of the Dogz of Oz Tour with two sold out shows in Tilburg’s O13. We went on the first night for a night full of blues, pop, soul, funk and jazz influenced rock.

Sitting in the car as a young child, I remember having to listen to this band with the sword on the cover. It was back in the era of CDs’s that were still playable in cars, and my dad would listen to Past to Present. The best off album with all the hits and classics.

Many of the car rides I was listening to TOTO, Dire Straits, Europe and a lot more “classic” music. To bring it all to the present: my dad and I went to see TOTO in the O13 in Tilburg.

You got legends and then you got TOTO. I don’t think this band needs much of an introduction. As a band, they sold over 40 million albums. Scored multiple number one hits and changed the way of music around the globe. A brilliant fact from the band is that you can hear the band members of TOTO on over 5000 albums. That results in sales of over half a billion albums. Truly shaped the way of music!

The iconic group became successful in the 80s with hits such as Africa, Hold the Line and Rosanna. Formed back in 1977, the American band has many different influences, which you can find back in their music. TOTO combines elements of pop, rock, soul, funk, R&B, blues and jazz which makes them unique in their genre. The band has a turmoil history with band members and went on short hiatuses on several occasions.

In 2020 guitarist Steve Lukather and lead singer Joseph Williams announced the return of the band with the Dogz of Oz World Tour. With over more than 40 million sold albums, TOTO continue to sell out arenas around the world. To start the tour they opted for a smaller, sold out, venue. The Netherlands have always been kind to TOTO as they gave them their first hit single. In a way, it was the homecoming of the band, and loud applause and open arms received them.

At eight o clock, the lights went out and TOTO made their way onto the stage for an hour and 45 minutes of live music. A set that included a big chunk of TOTO’s repertoire. A great mixture of hits and deep cuts would be performed for an eager Dutch crowd. Perhaps that is the strength of TOTO: being able to perform a set that isn’t just a nostalgic night out. It is a night out that offers the hits, but also great hidden gems that will make you listen to it more after the show.

The amount of talent in this band is noticeable from the first notes of the show. Starting with Orphan before bringing out the big gun: Hold the Line. It’s the first (of many) big hits here in the Netherlands. Stop Loving You, and I’ll Be Over You, quickly followed suit.

The sound of lead vocalist Joseph Williams is clear and sounds great tonight. Although Williams is the lead vocalist, he shares vocal duties with guitar legend Steve Lukather and multi-instrumentalist Warren Ham. The latter blew the crowd away with his skills on horns, drums and vocals. The mixture of the voices sounded incredible live and felt like listening to the studio recordings.

Dominique Xavier displayed his talent with a great keyboard solo before the band went on with Georgy Porgy. As Lukather mentioned to the audience before the song started, it was a new composition made by Xavier. It sounded great live! 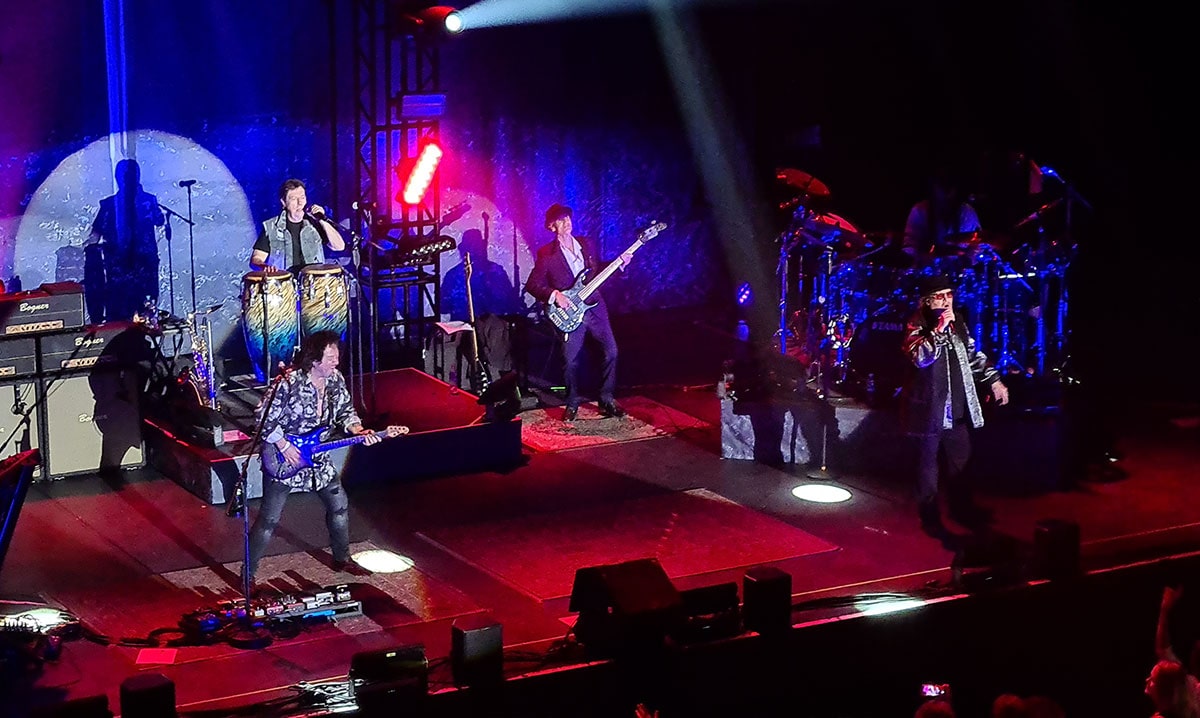 It was great to see the comradery of the band between all the members. Pamela and Kingdom of Desire. The latter isn’t something the band often plays, and Steve Lukather wasn’t always on point with his singing and apologized for it during and after the song. It didn’t stop me from not enjoying hearing it live and see something new (old) played.

With A Little Help From My Friends

Drummer Robert “Sput” Searight didn’t miss a beat. His style made the drumming part look effortlessly. He combined vocals from James Brown into his drumsolo, which turned out to be a surprise to his bandmates, who were digging it as much as the audience was.

You are the Flower, I Won’t Hold You Back, Waiting for Your Love and Home of the Brave kept this thrilling night going. With A Little Help From My Friends (The Beatles cover) saw the whole band getting the introduction they deserved. So far, we only didn’t mention on the bass, John Pierce. Famous for his role with Huey Lewis & the News and his many studio sessions with other musicians. Steve Maggiora supported on backing vocals and keyboard. The whole band played extremely tight as they played on with main set closer Rosanna.

The show ended with Africa. A cult classic that might be the most recognizable song ever made. Williams and the crowd had a great sing “battle” at the end, which made the show closure great to watch. After the last bow, it was the end of the first night of the Dogz of Oz Tour. What a successful night it was!

Home of the Brave

TOTO is an unstoppable train that just keeps on going. They sound amazing, are great to watch, and are true musicians at heart. The first show of the European tour was an amazing spectacle filled with the hits, deep cuts and incredible playing.

The sheer talent that this band captured during the show is something special. They caught the crowd’s attention from the get go and didn’t drop it for a second.

I’m so glad I managed to see them and can’t thank my dad enough for having me grow up with great music. Moreover, of course, to TOTO for making these amazing songs and for an amazing show in Tilburg! You guys were absolutely amazing and on fire. 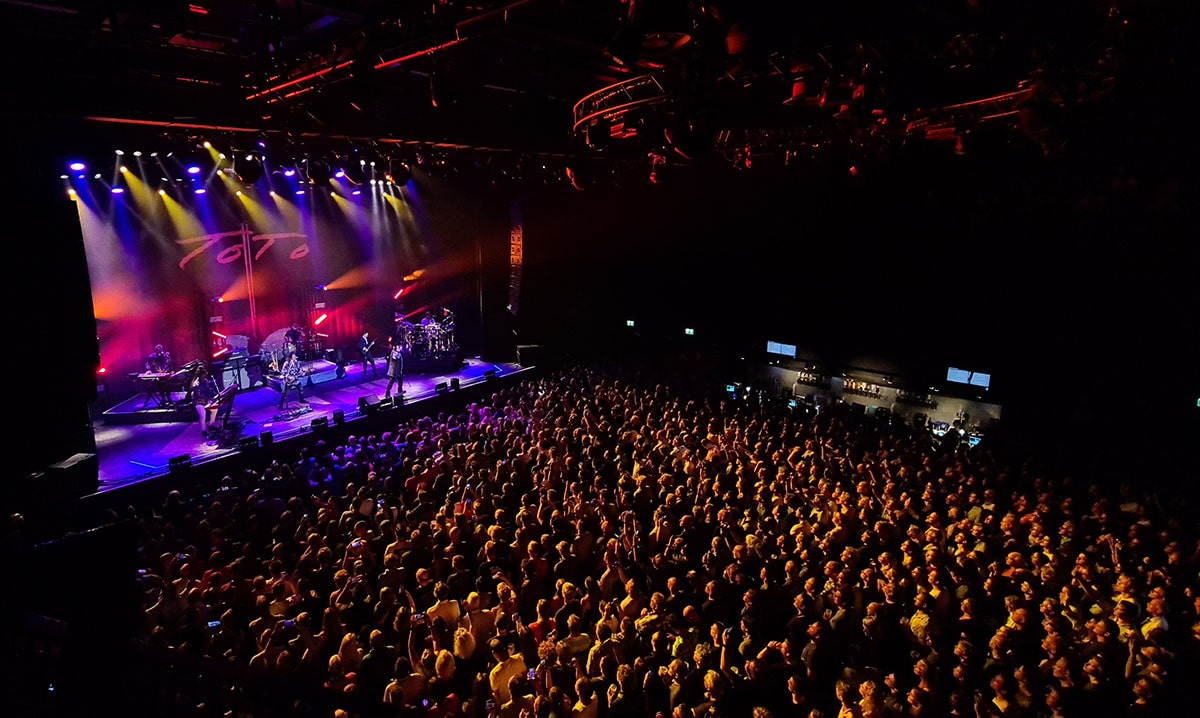