Remember a time when you could travel and explore? I do! Unfortunately the situation here hasn’t changed. Corona is still a thing, lockdown is still being forced upon us and we hope by October the 18th we are “free” again. So instead of dwelling on this stuff let’s look back on last year when we could travel and explore this amazing country. Let’s go back to a day trip I made seeing Masada, En Gedi and the Dead Sea and find out more about its history and what it actually is.

Masada, meaning fortress in Hebrew, is an old stone fortress located high above the Dead Sea on a tall and very rocky mesa. This national park and the ruins of Masada are part of the World renowned UNESCO list and attract visitors around the world who come to see the breathtaking and strategic location of this former fortress.

Back in the year of 30 BCE the fortress was built by King Herod the Great, whose architectural feats still can be found on the various locations within Israel including the Western Wall. He built his fortress on this site to take advantage of the defensive features of the mesa and as a winter escape and shelter from his enemies. The fortress was made including storerooms, cisterns, towers, a massive wall (‘cause after climbing a 2.7km path that goes up for about 350 meters an open door would have been too easy) and a palace suitable for the king.

After the death of King Herod and the annexation of Judea, the Romans made their station at Masada. However in 66 A.D. their garrison was taken over during the Great Revolt of the Jews against the Romans. More rebels joined in the following period and once the Romans destroyed Jerusalem their focus became taking Masada. 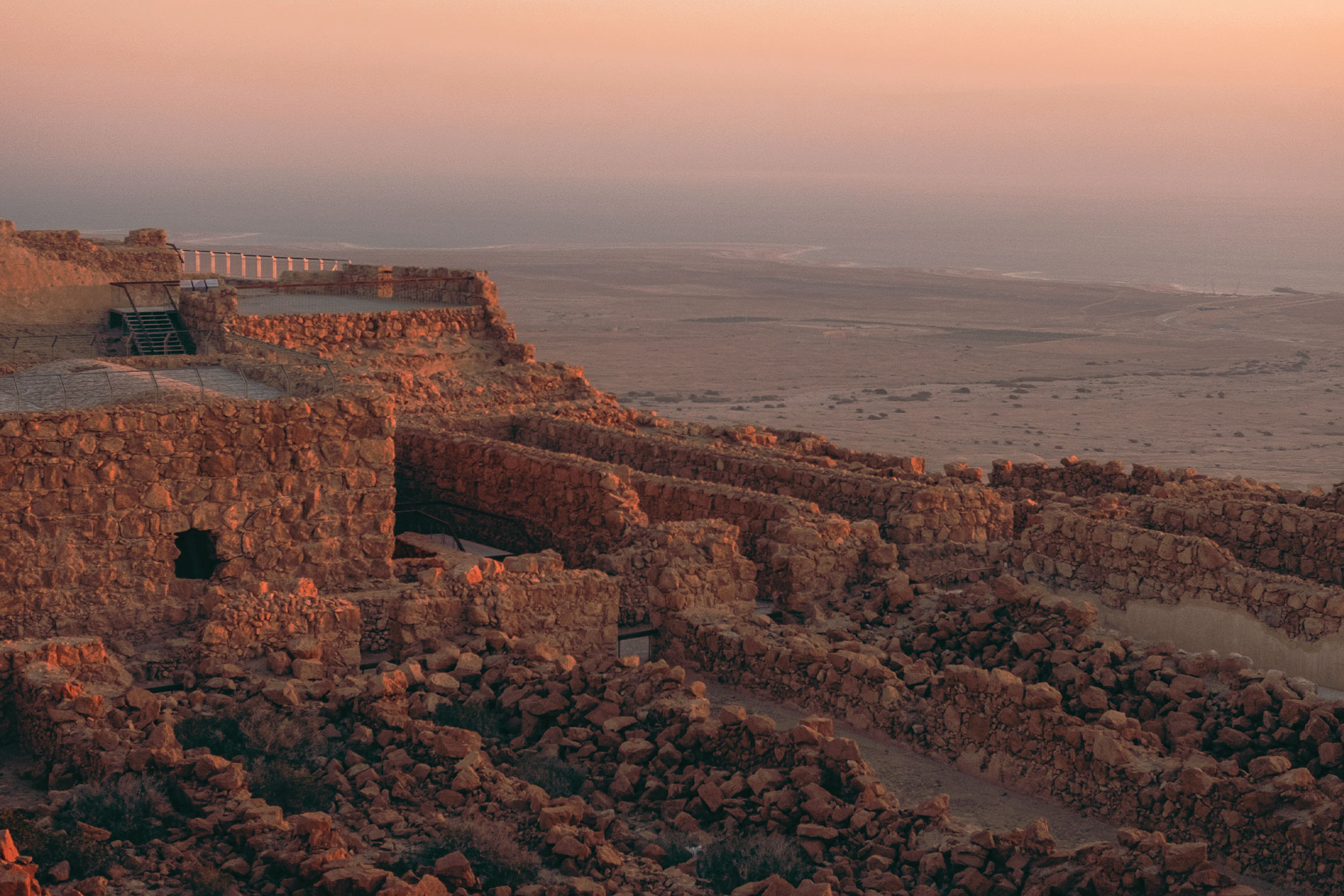 Ruins of the fortress these days.

Over 8000 Romans built several camps around Masada and after several months of siege without success the Romans built a tower with the goal to take out the fortress’s wall. It became clear to the rebels that the Romans were gonna break the wall and all 960 rebels took their own lives apart from 2 women and five children who hid in the cisterns to later tell their stories. The siege of Masada was one of the final events in the First Jewish-Roman war and took place around 73 to 74 CE. However, some archaeologists are sceptical about the mass suicide as there has never been found any archaeological evidence that Masada’s defenders committed mass suicide.

After that Masada became uninhabited for several centuries. Only in the fifth century A.D. a group of monks built a hermetic monastery on Masada. When Islam took over Masada was once again left behind until being rediscovered in 1882. 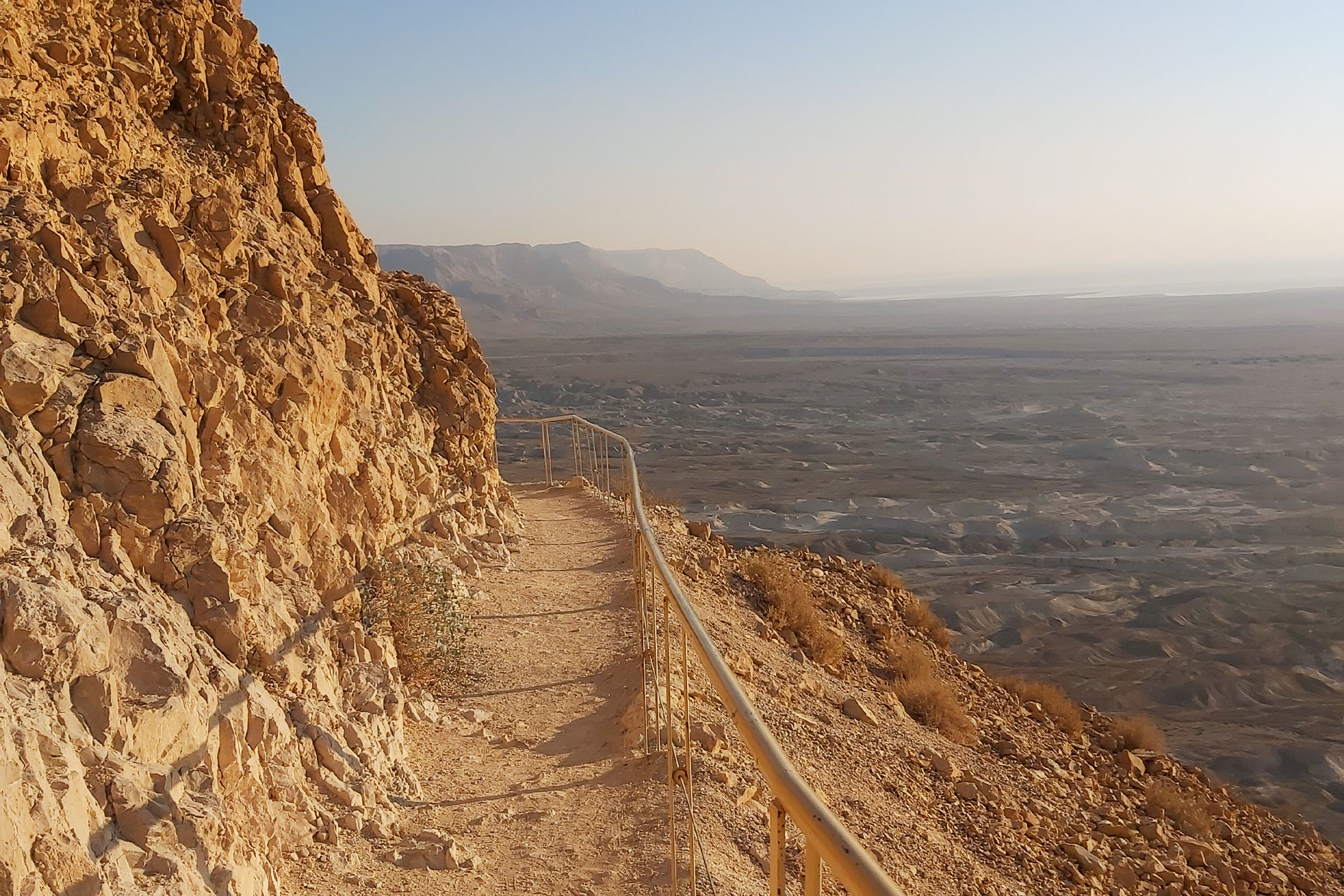 These days Masada is one of the biggest tourism attractions within Israel. The climb can now-a-days be made by cable-car but the dramatic story stays as powerful as it is. It also has symbolic importance of determination and heroism which continues to this day with Israeli soldiers being sworn in on Masada.

There are several paths you can take to get to the top and all of them offer a good climb that will make you feel your legs. But once you make it, the view (or even sunrise when you do it in the early morning) is a must see. 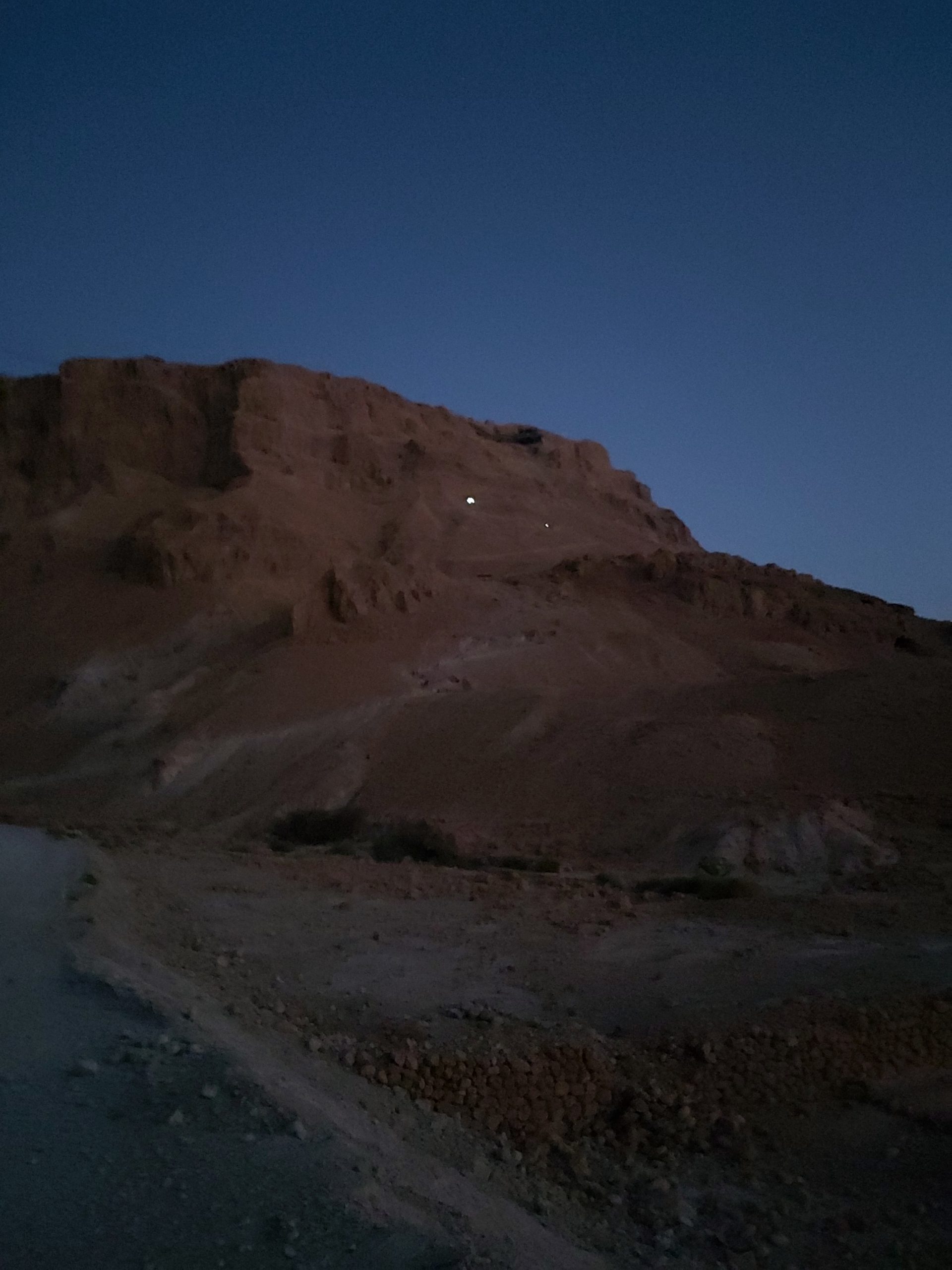 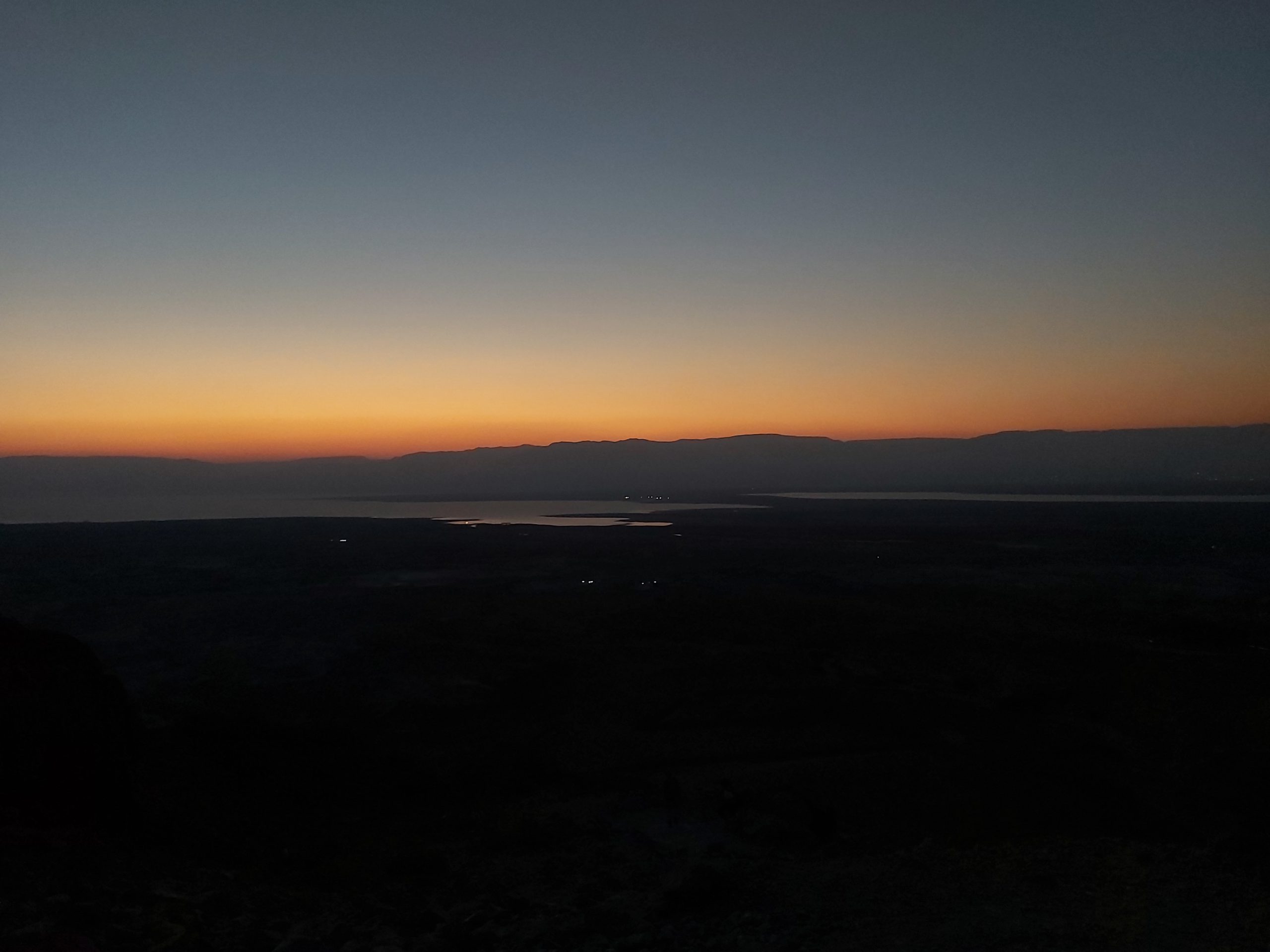 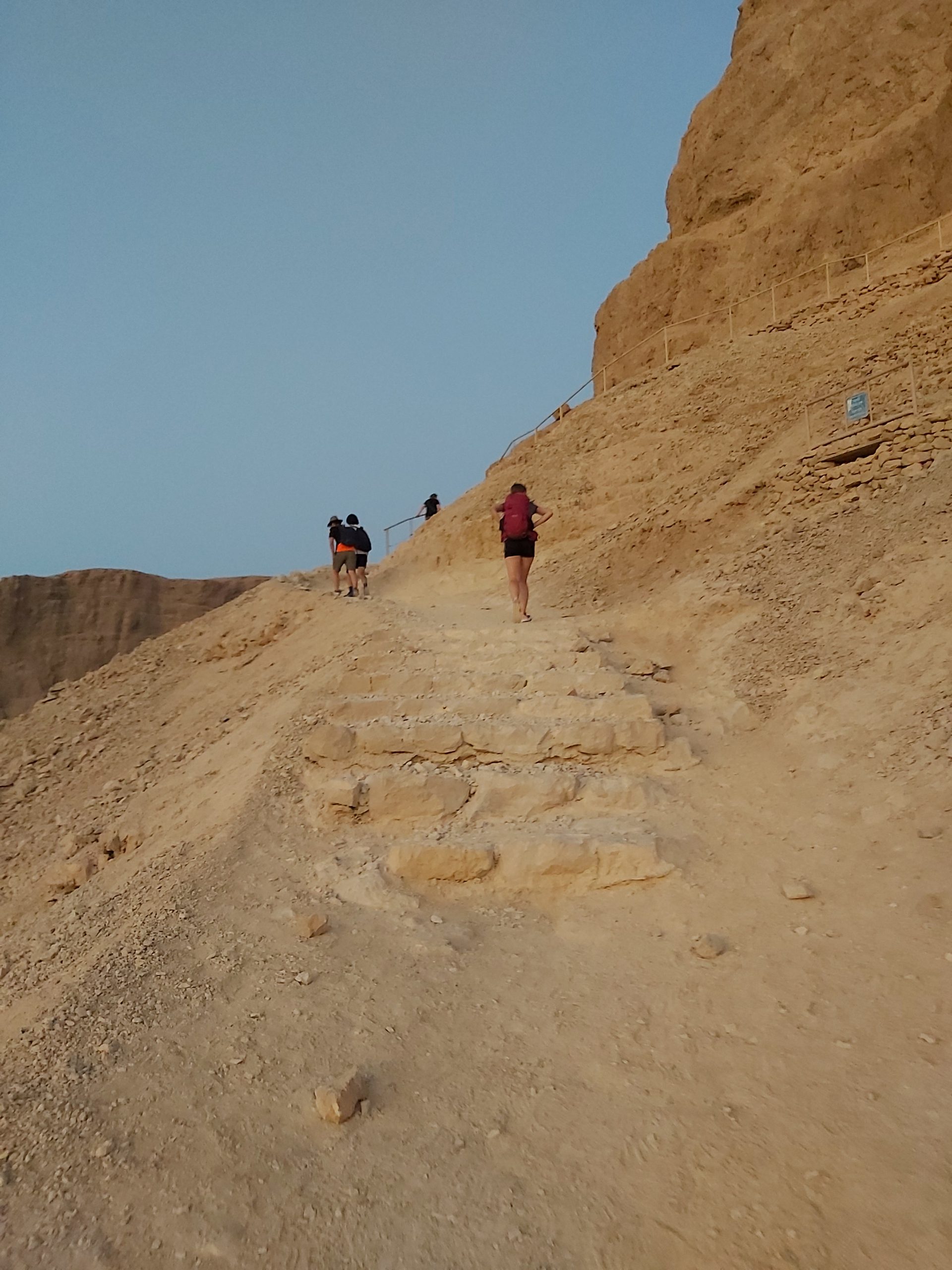 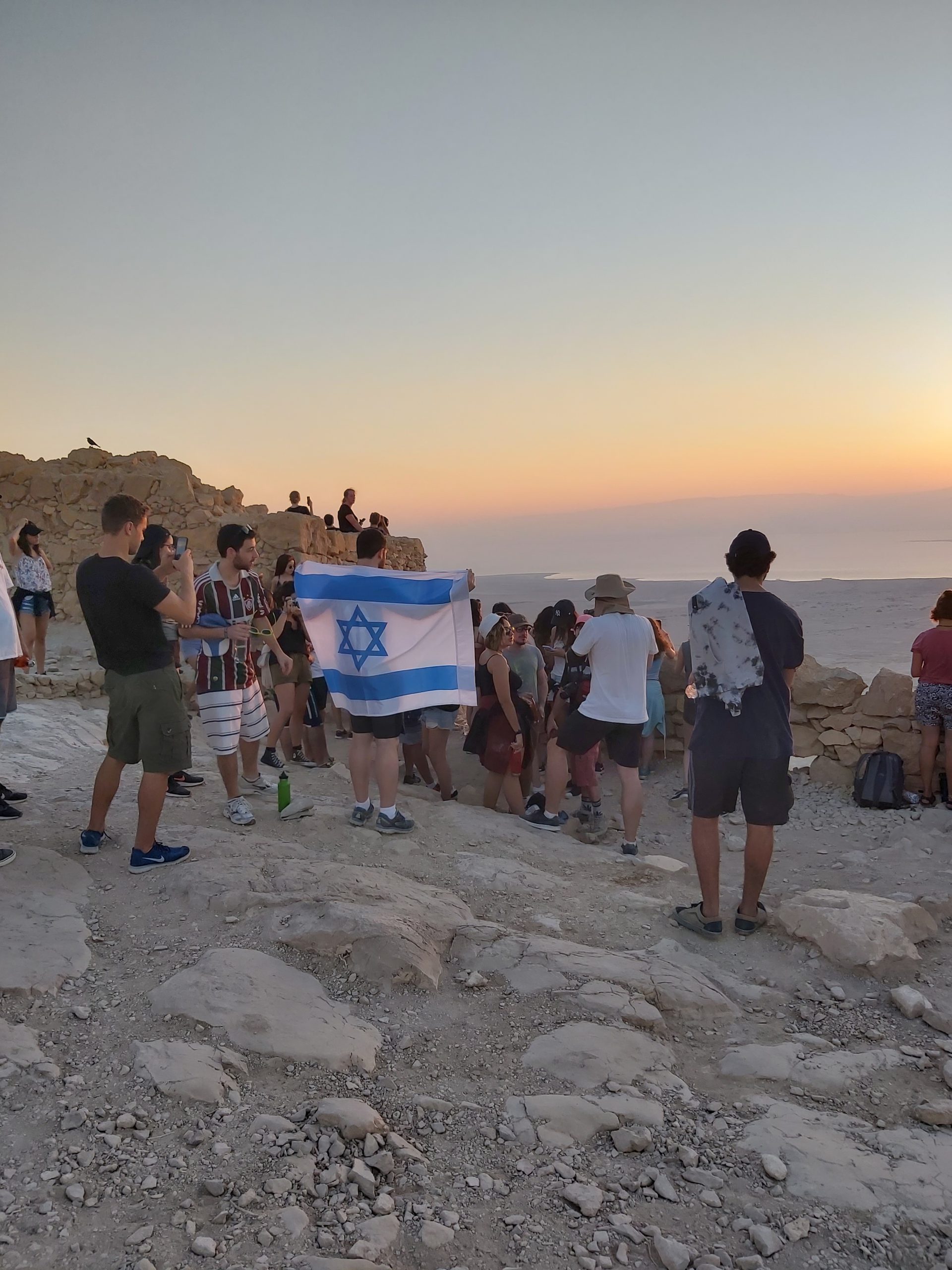 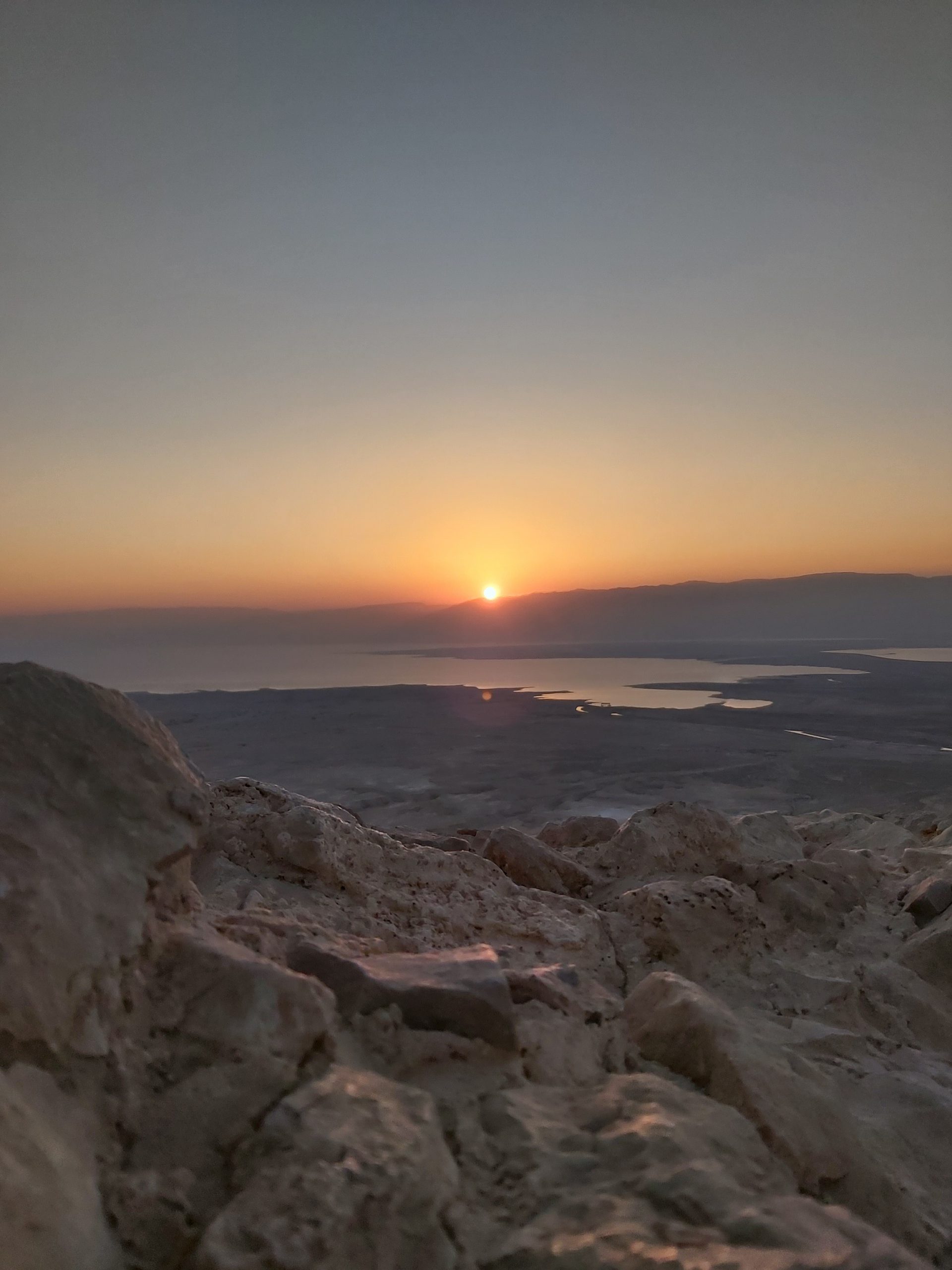 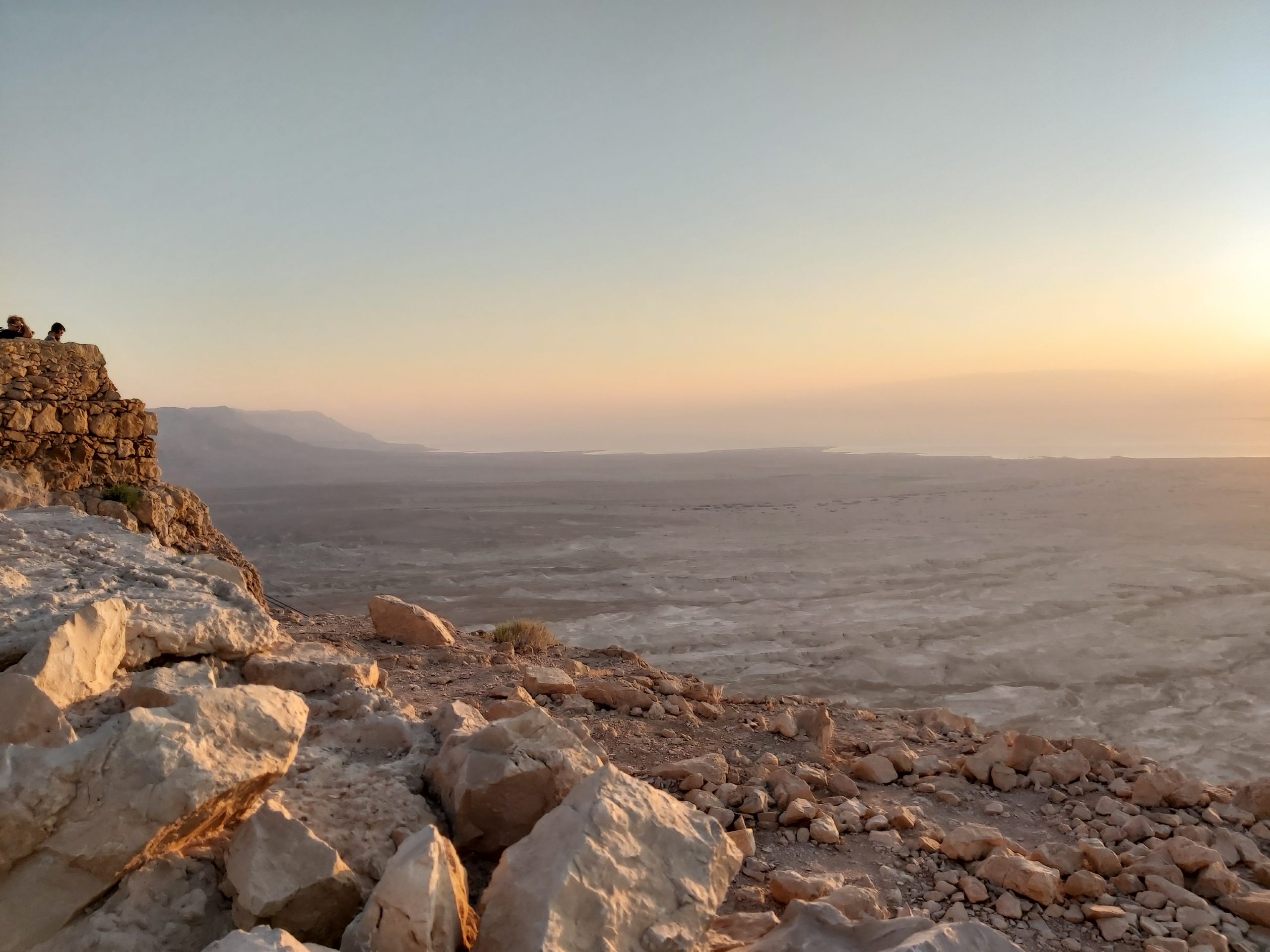 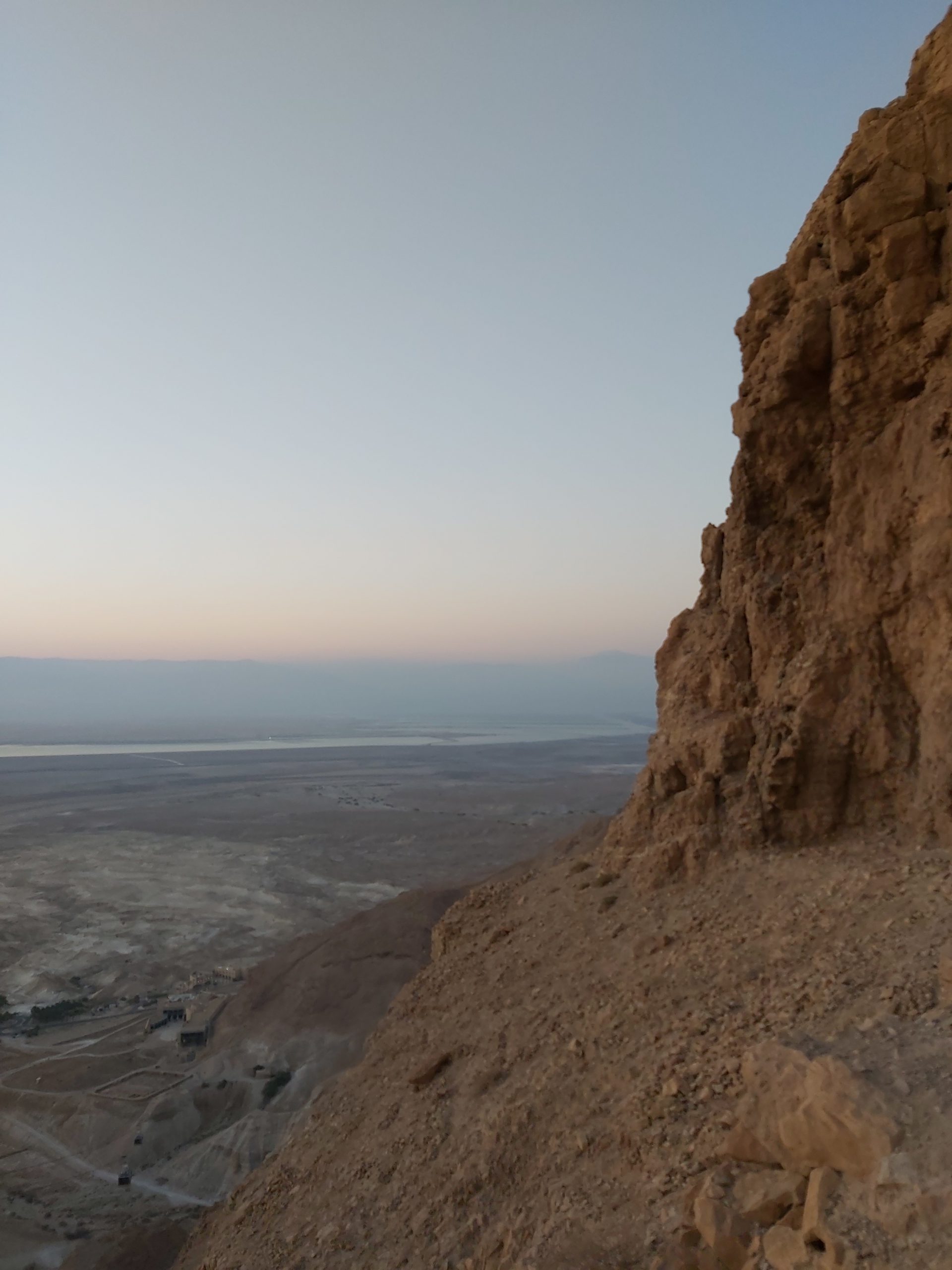 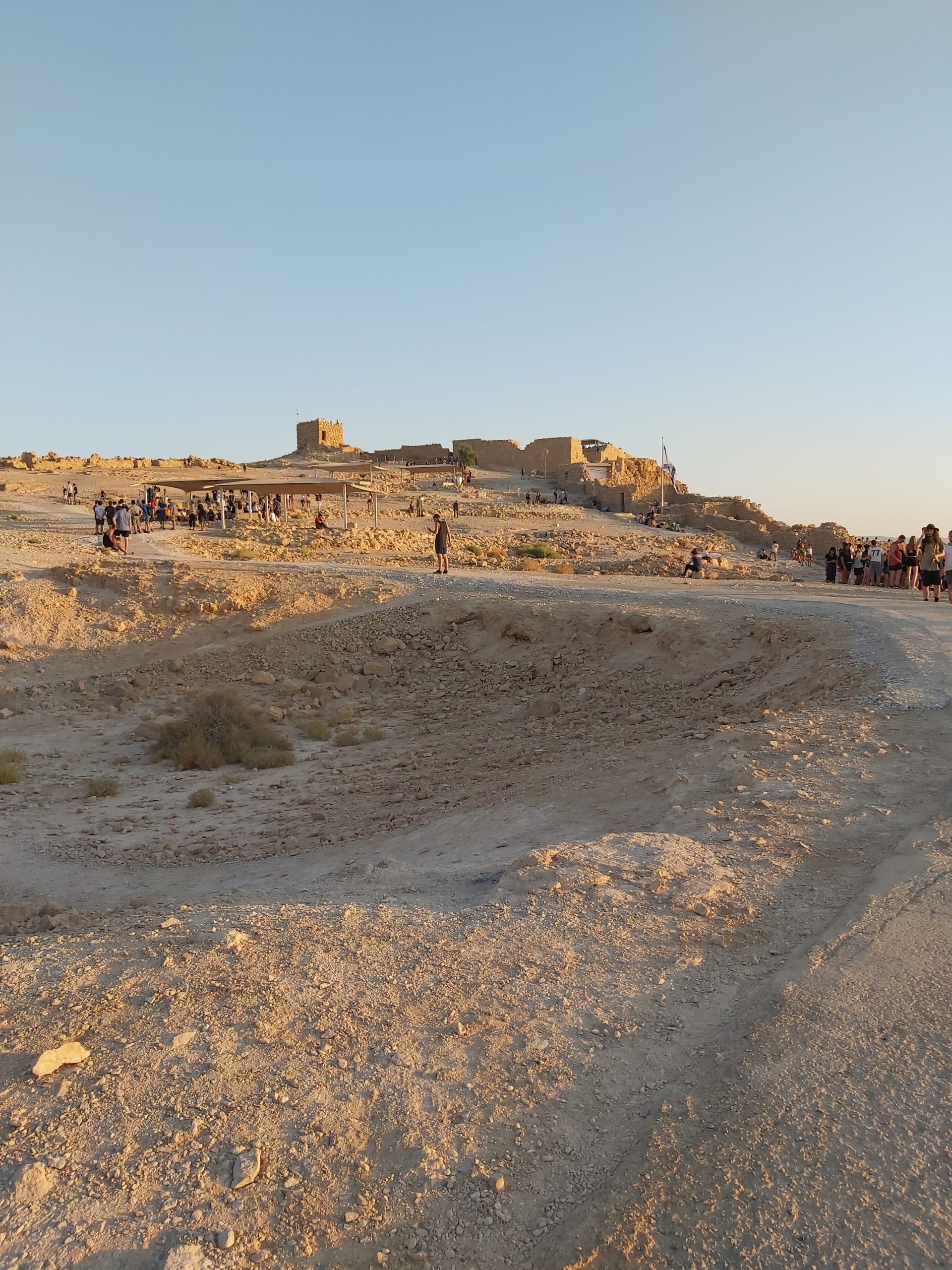 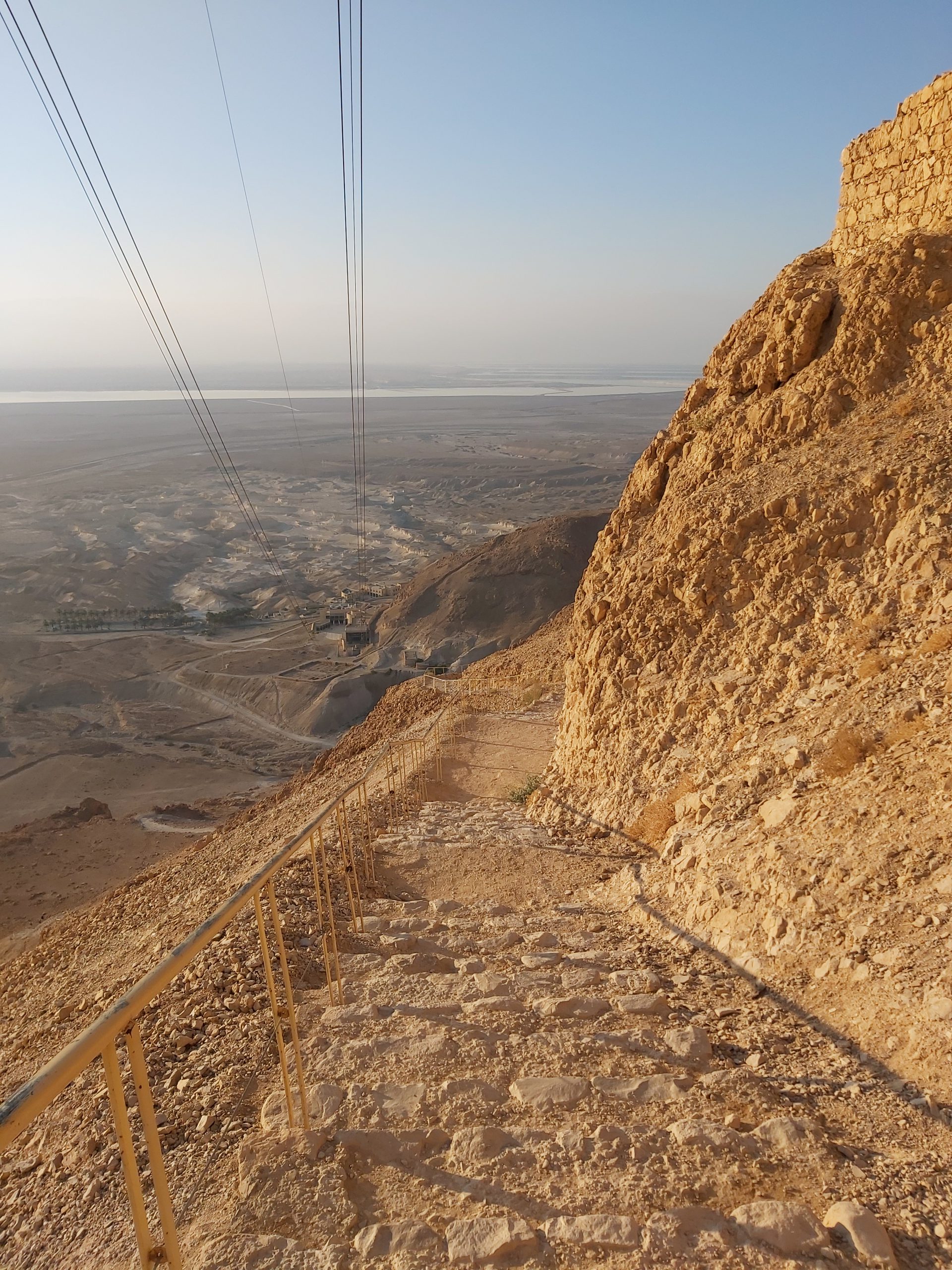 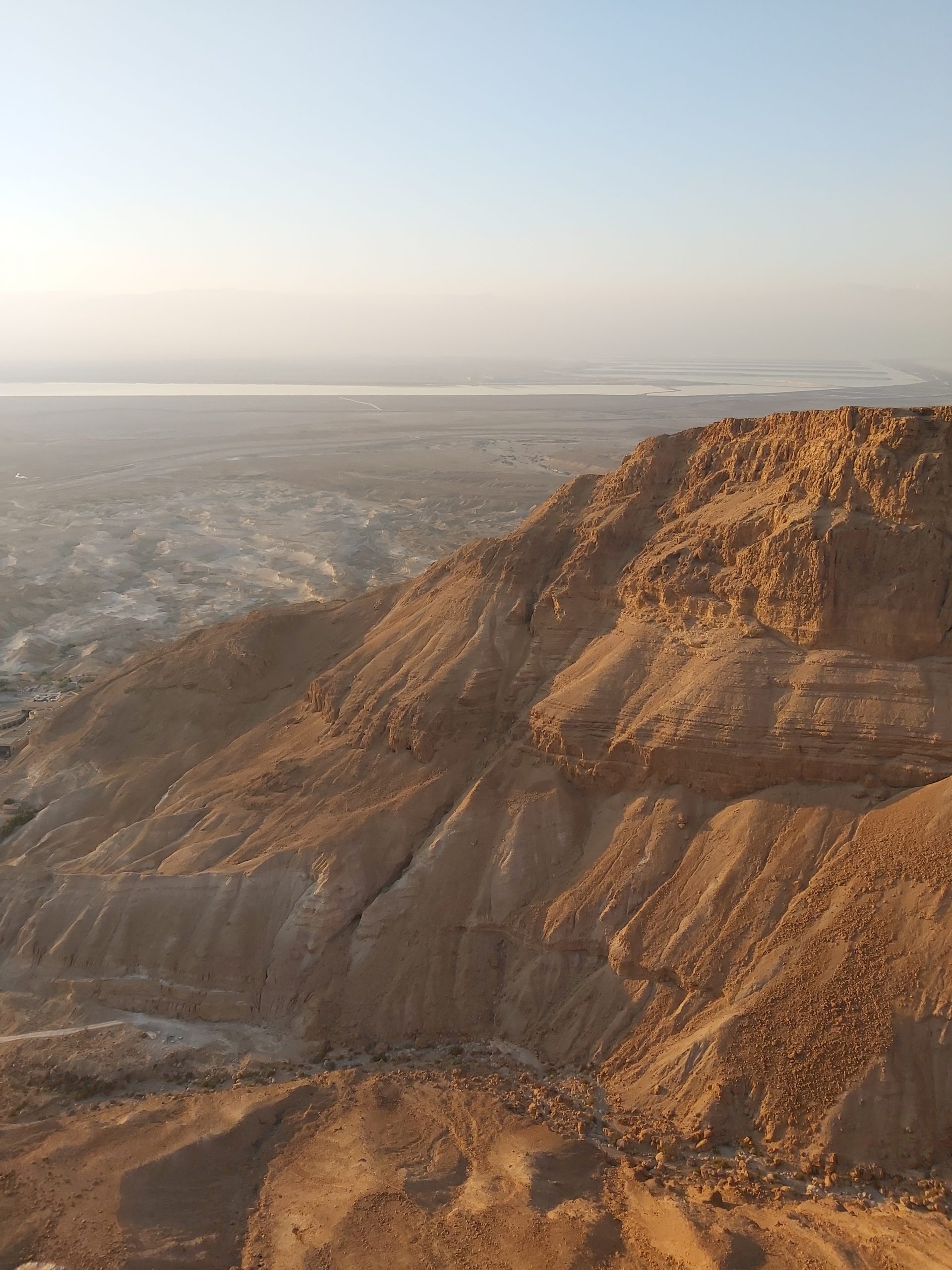 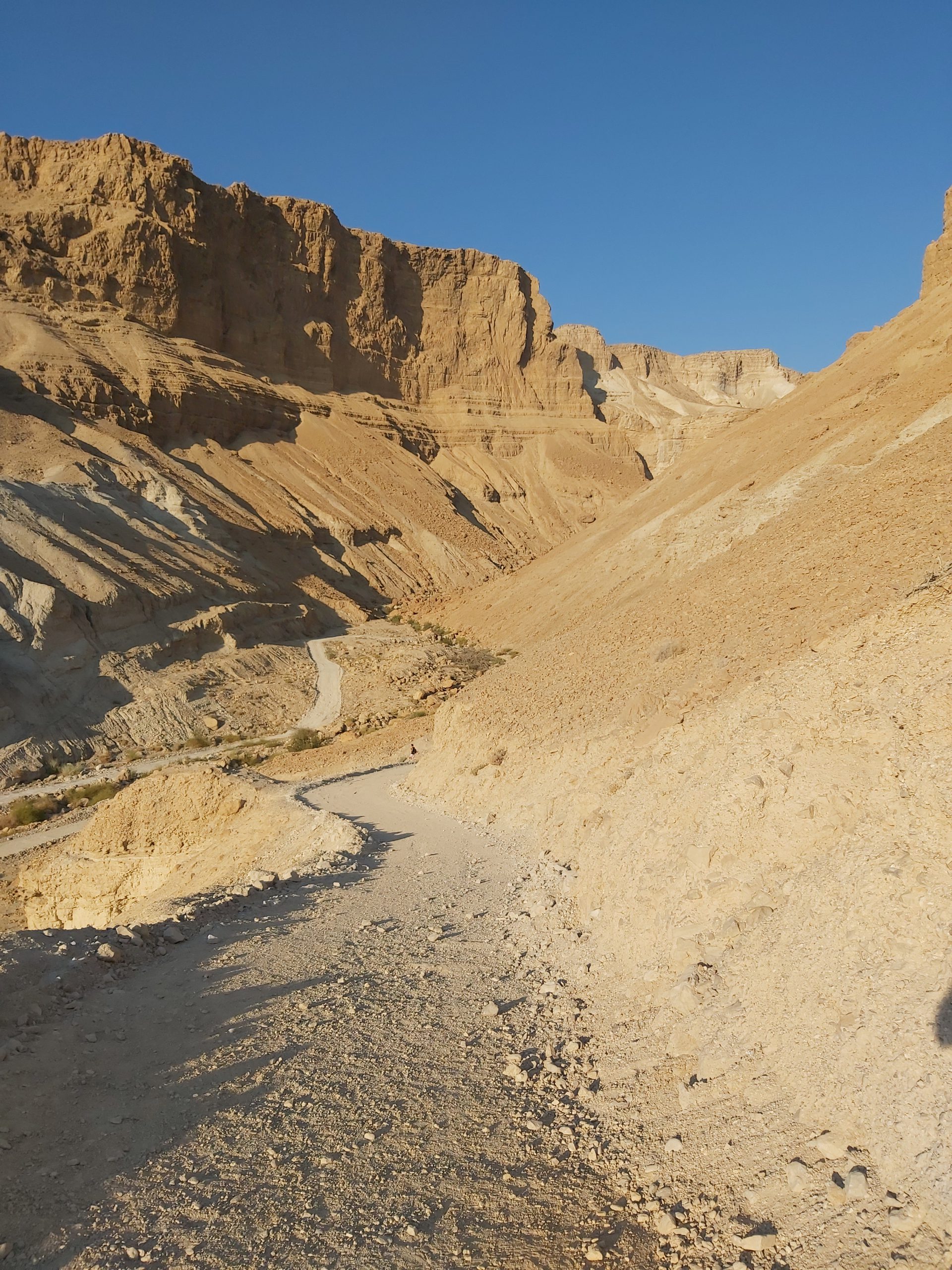 Hidden between the desert mountains lies a green oasis filled with small beaks and waterfalls called En Gedi Nature Reserve. It is only 20 minutes away from Masada and on a stone throw distance from the Dead Sea, En Gedi is the biggest oasis in Israel. Its name is composed of two Hebrew words – “En” meaning spring and “Gedi” meaning goat-kid. In short En Gedi stands for Kid Spring or Fountain of the kid”. 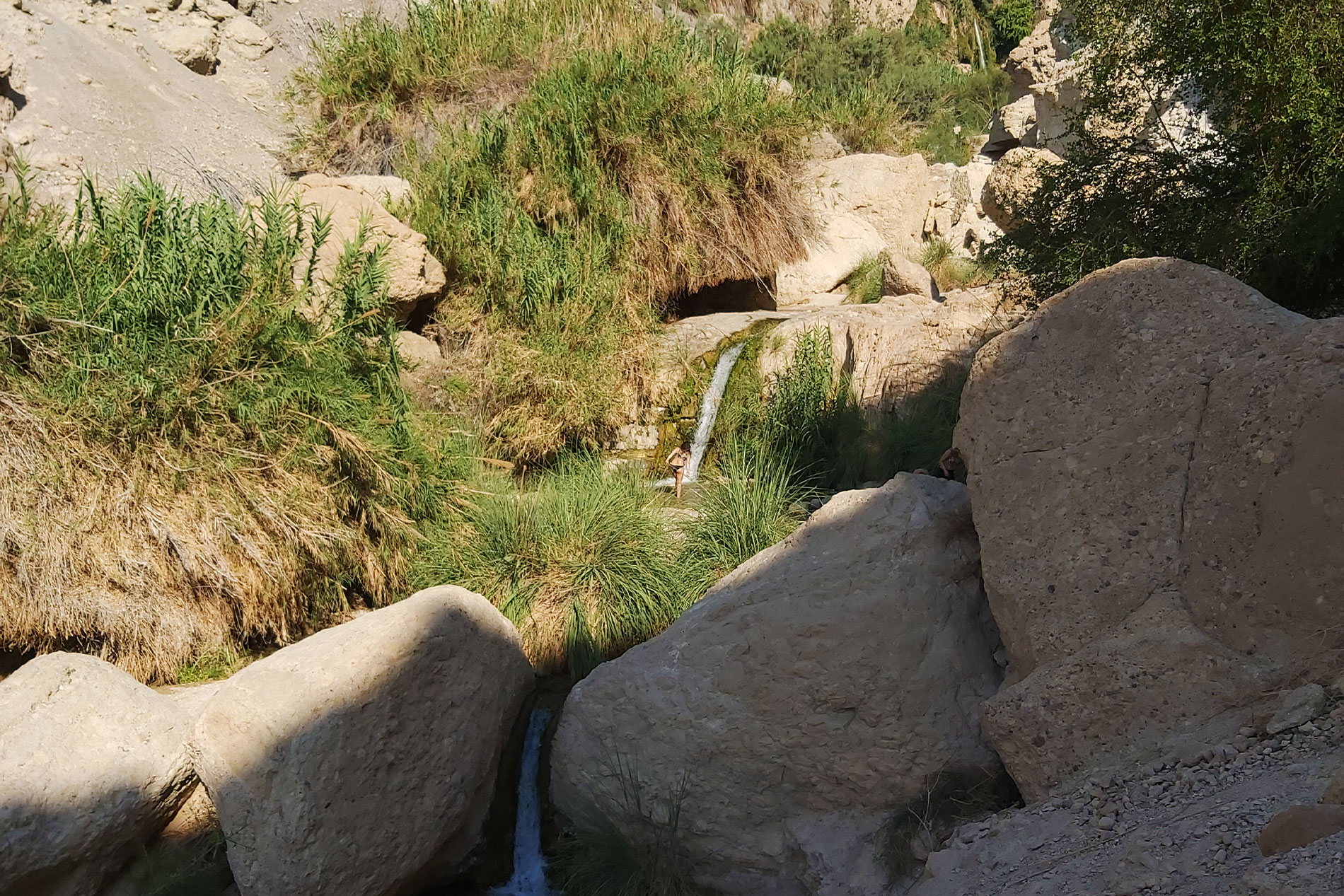 The park is filled with springs, waterfalls and flowing beaks. The place is a true hiking paradise with spectacular beauty, a variety of landscapes and botanical gardens. Within the park you will find a variety of wildlife including ibexes, rock hyraxes, a variety of birds and bats. History of the park goes way back to Pre-Pottery Neolithic A times (c. 10,000 – c. 8,800 BCE) and remnants from the first settlements date back to 5000 BCE.

The park is beautiful and as you can choose over 9 different hiking routes varying from only half an hour to a full day there is something for everyone. It is amazing to see the green landscape in between this desert with a view overlooking the dead sea. 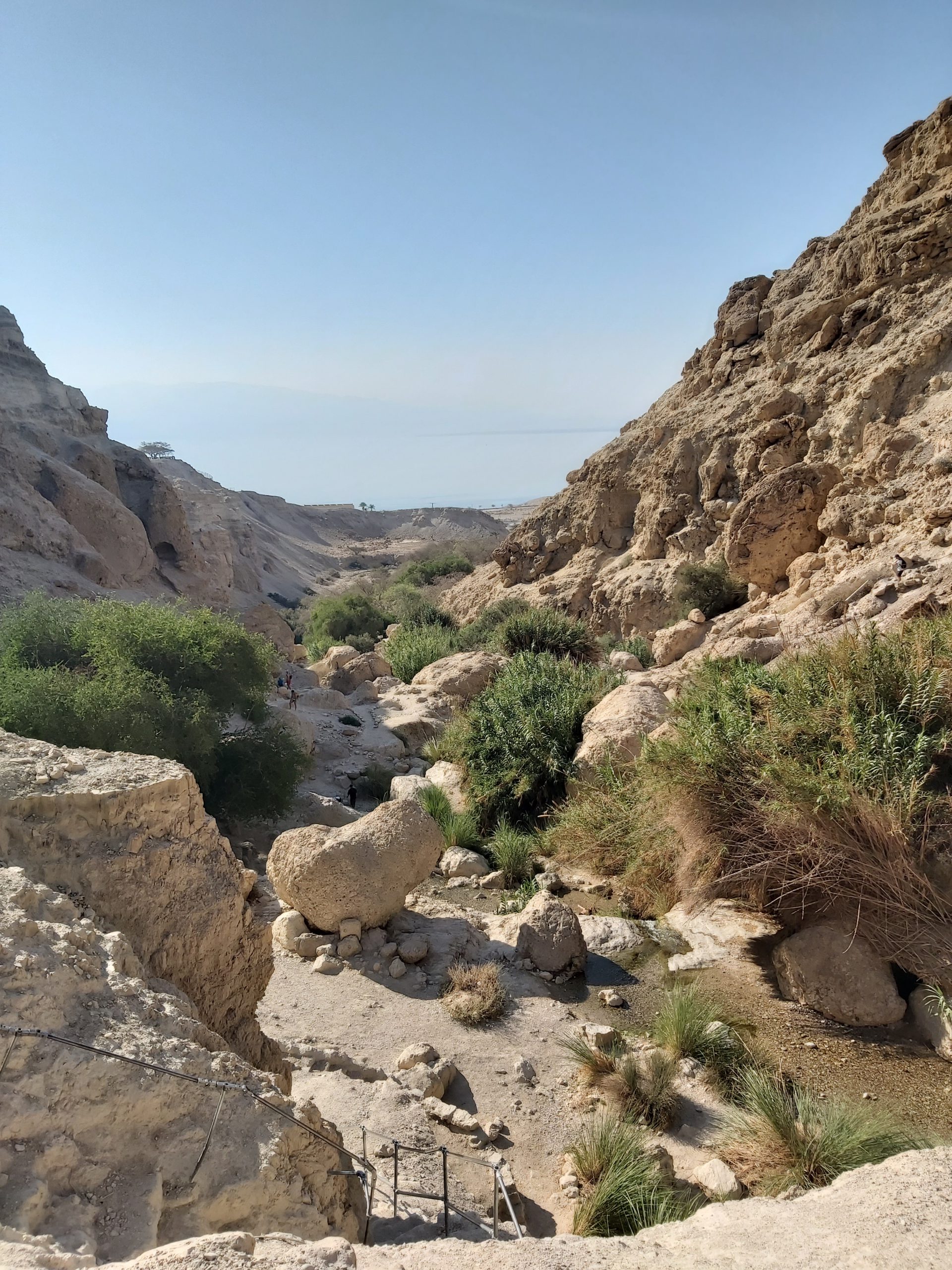 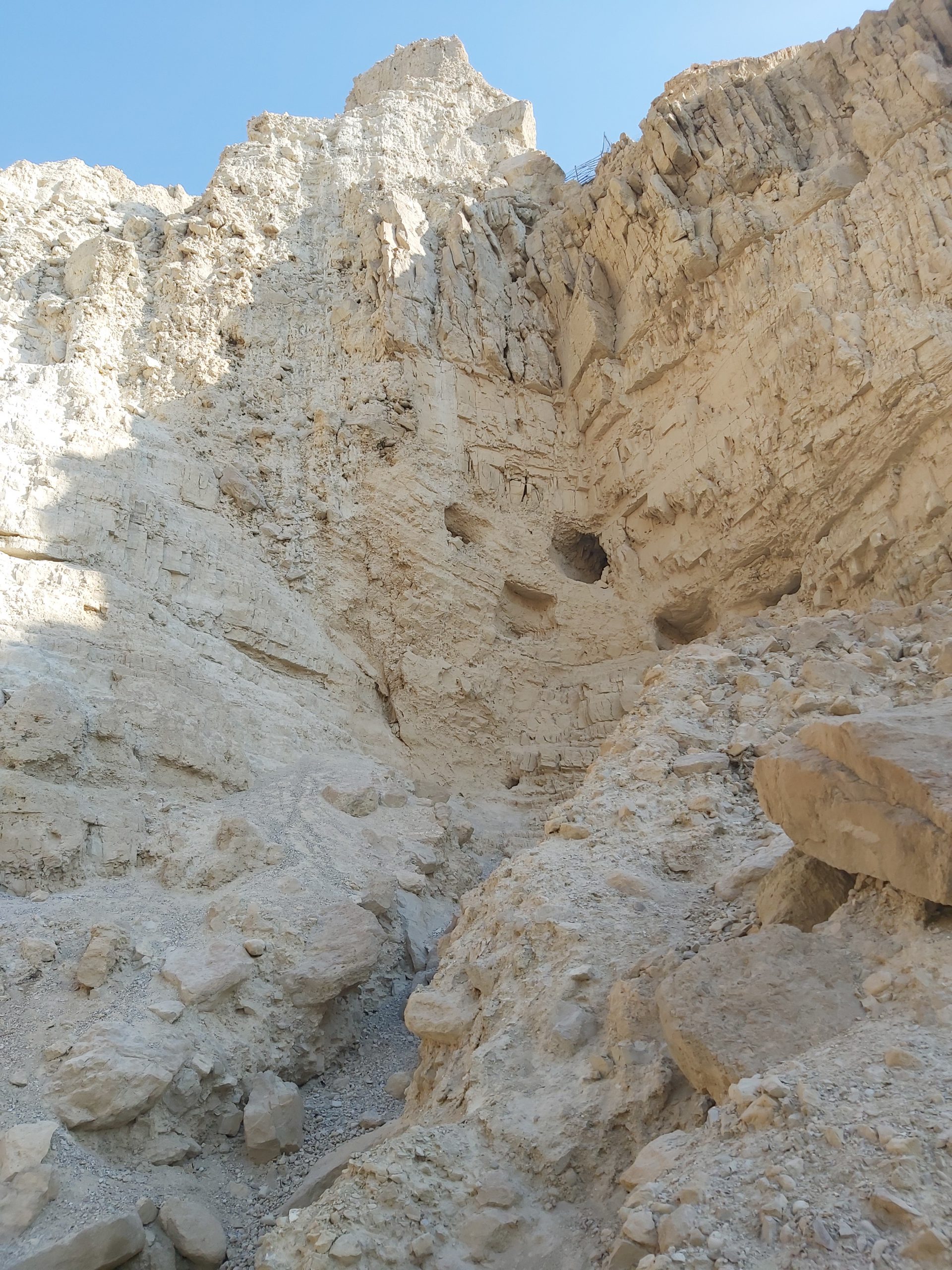 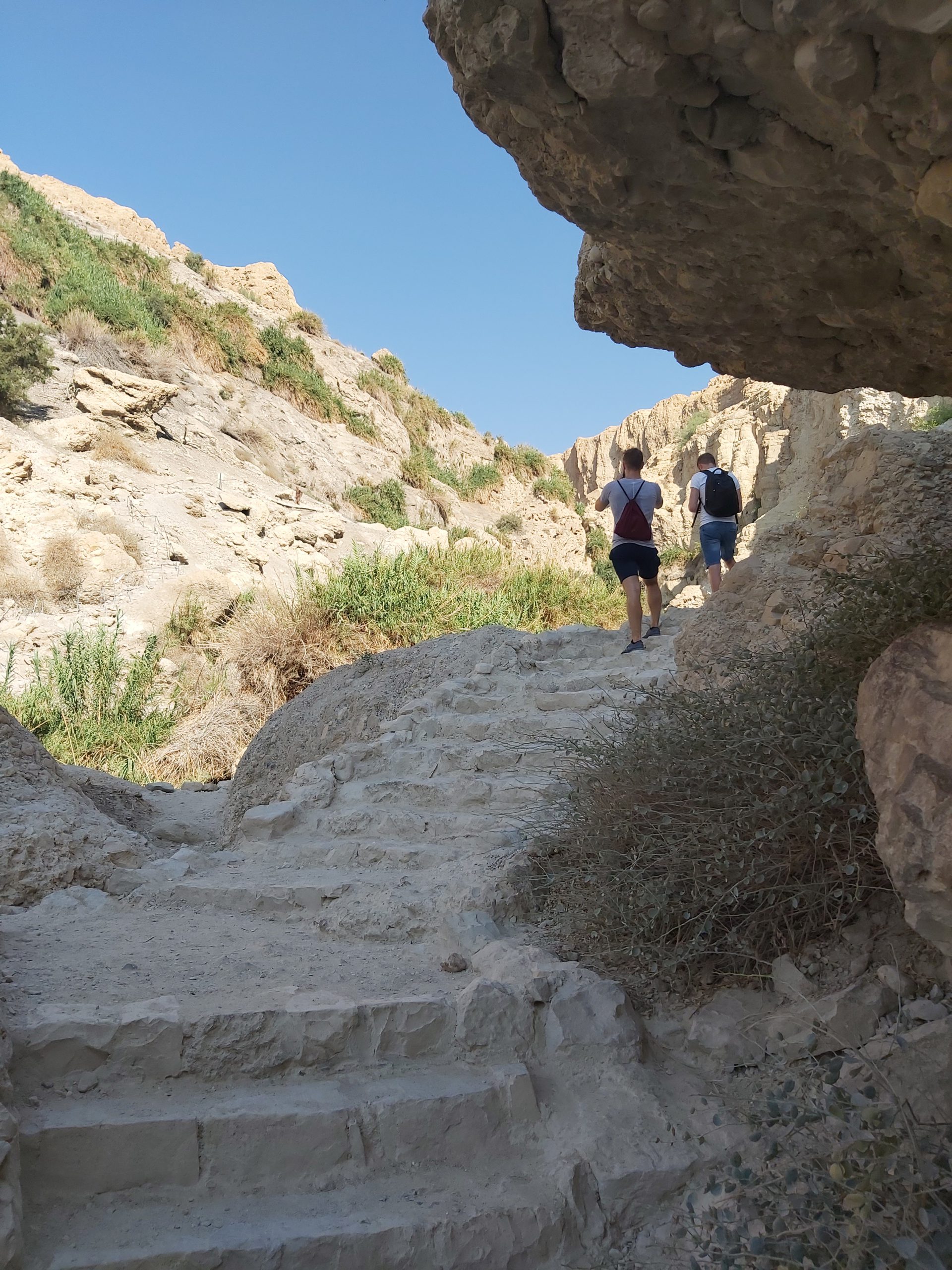 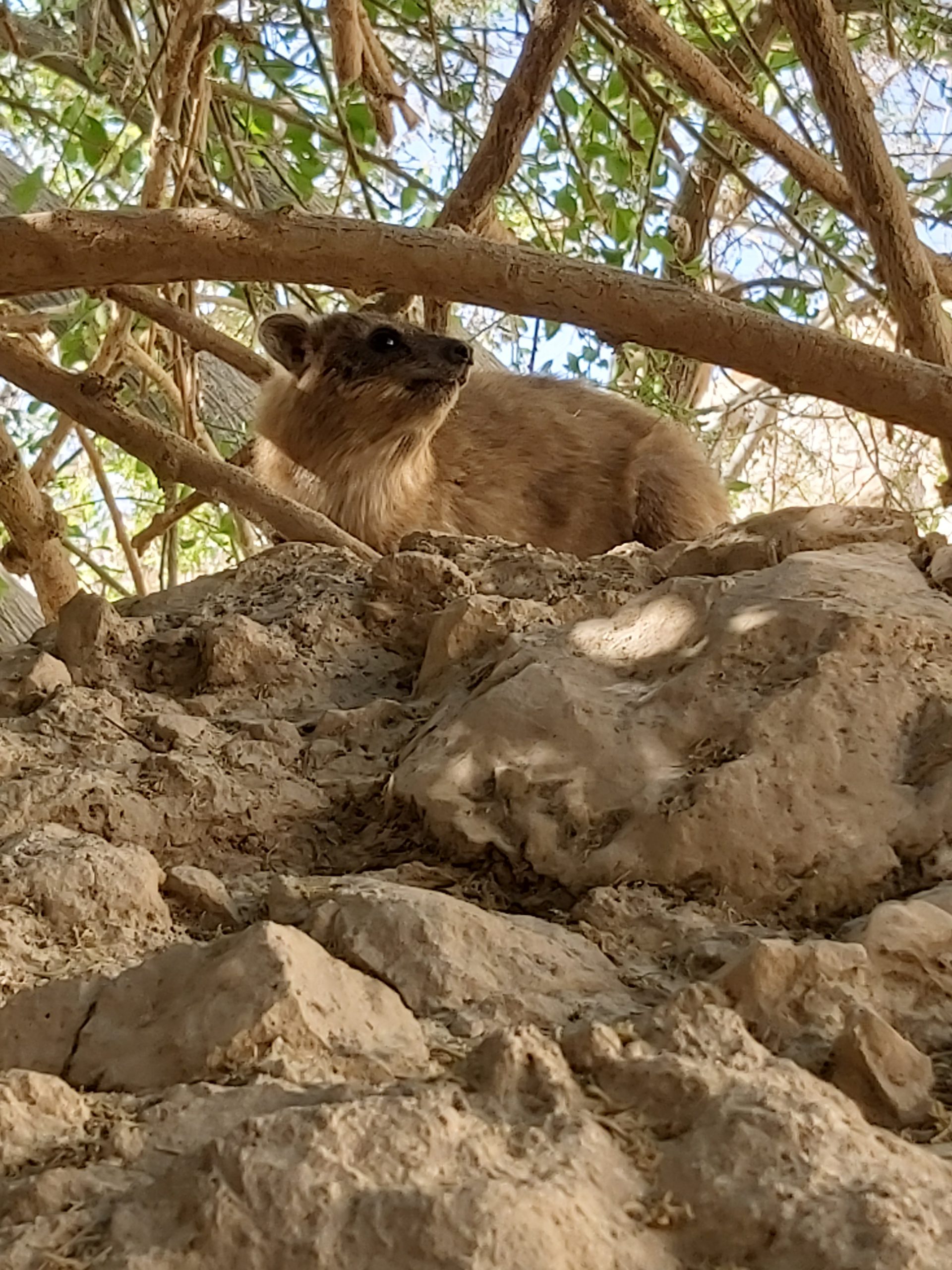 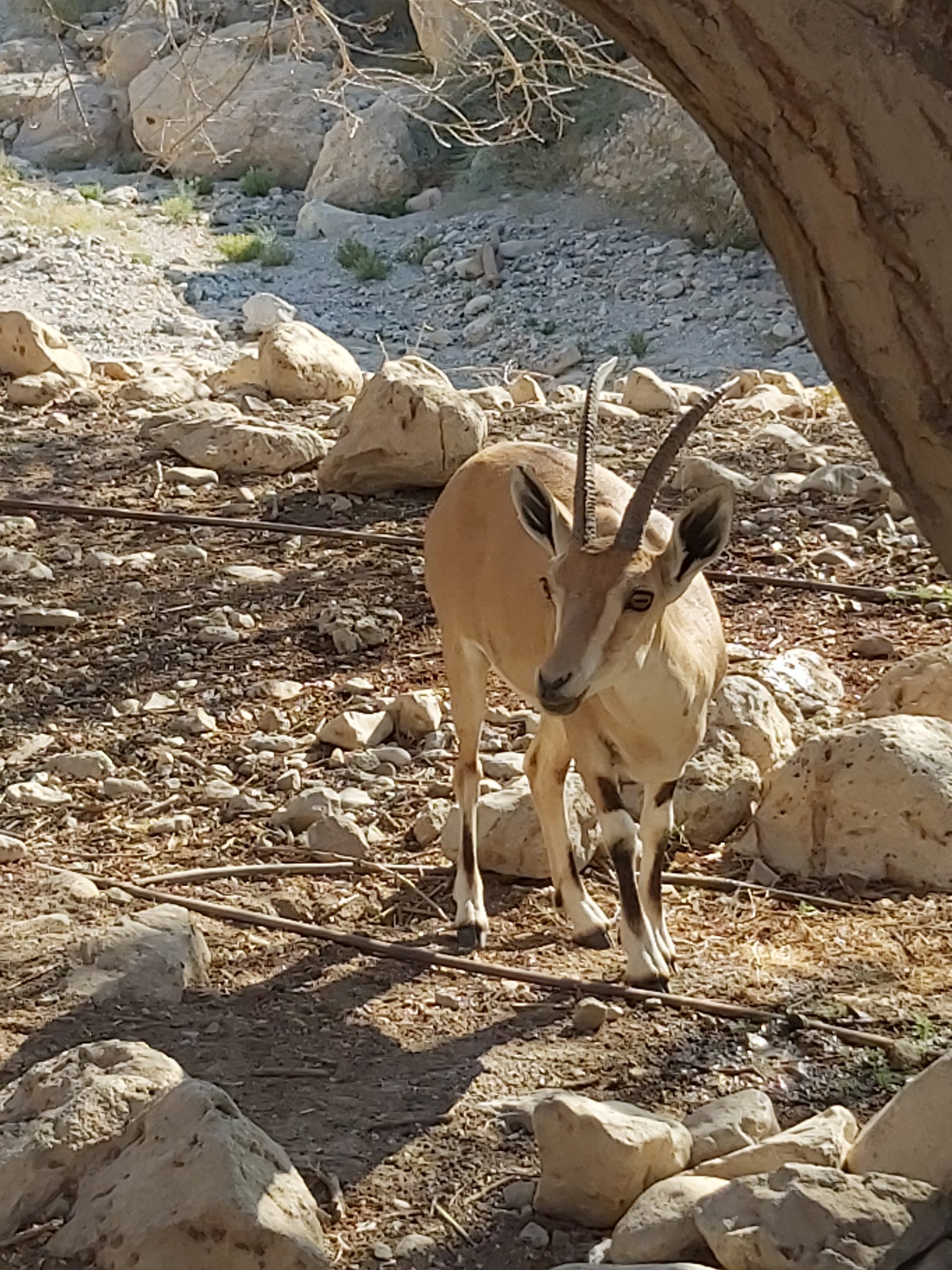 Let’s start with some criticism: it is not a sea. It’s a lake. A lake of death to be straight forward. Okay let me explain in a few more words. The Dead Sea is famous around the world for its mud and the healing it does to the skin. It will reduce skin impurities, clear acne, provide relief for arthritis, help soothe chronic back pain and more!

So apart from being very healthy it’s also very fun to go there. The Dead Sea got its name due to the fact that it does not offer conditions for the maintenance of species of living animals and plants. In short, nothing survives (apart from tourists bathing) there, meaning it is a dead sea (lake). If a fish arrives from the Jordan River to the Dead Sea it will find itself a sudden death.

For thousands of years the Dead Sea attracted visitors from around the world. Herod the Great built one of the first health resorts here and the bitumen found within the Dead Sea even has been used by the Egyptians for the mummification of their pharaohs. These days tourists come to the Dead Sea to experience this nature’s wonder for themselves. However bathing in the Dead Sea is not as easy as it sounds, it being one of the saltiest of places in the world. It means you can’t swim in the dead sea, but only float. It is truly a surreal and fun experience. You got multiple beaches to spread your towel and start floating in the salty water while covering yourself with the healing mud. 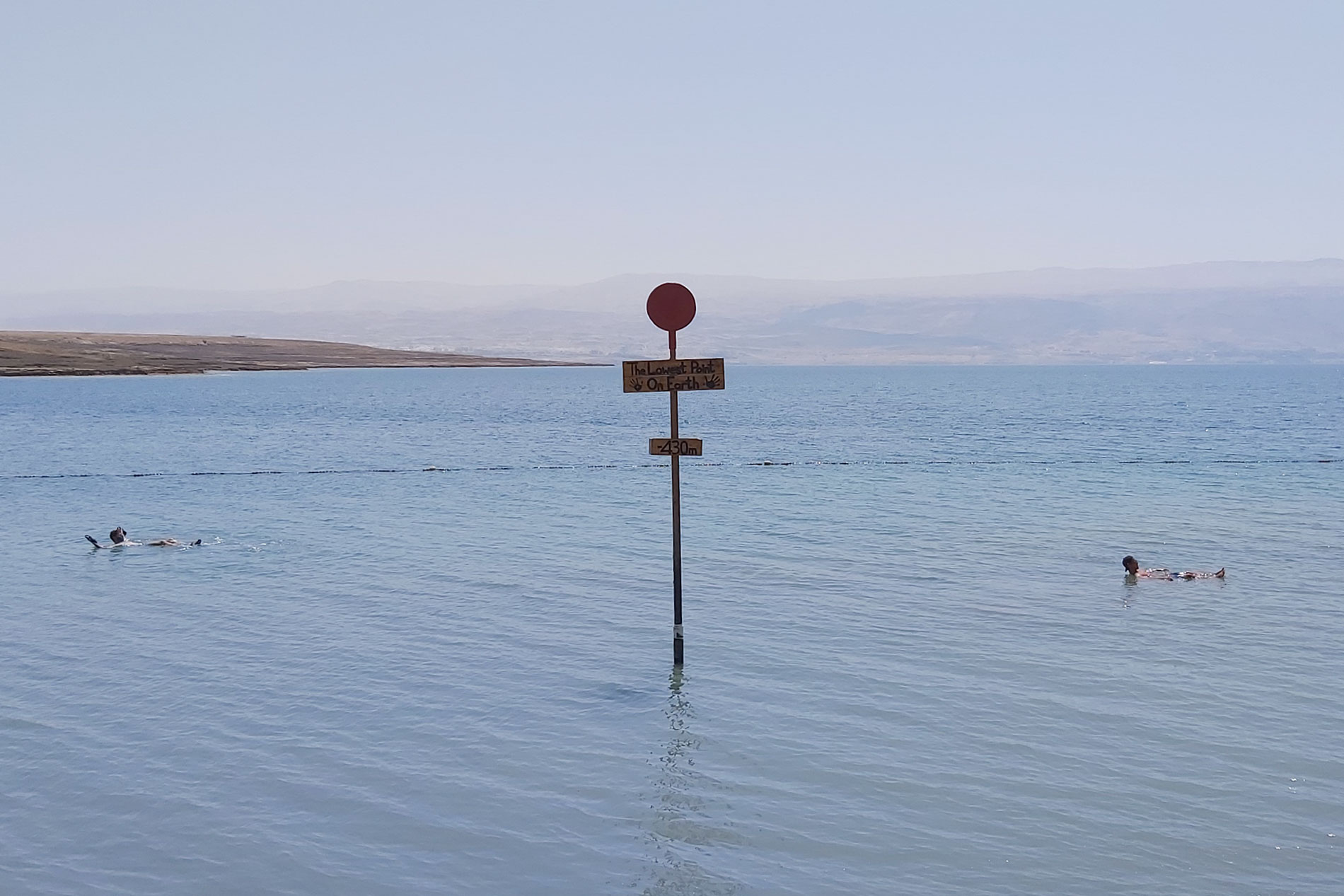 The surface and shores are 430.5 metres below sea level making it one of the lowest places in the world. To make this fact even lower there is also The Lowest Bar In The World which is located next to the Dead Sea on -420 meters. On a serious note the Dead Sea is receding at a rapid rate. Back in 1930 the surface area was 1050 square kilometers and today only 605 square kilometers are left. Every year the Dead Sea is receding 1.2 meters. The main reason for this receding is dams built by Israel and Jordan ( the Dead Sea is bordered around Israel, Jordan and Palestine territories) preventing natural water flow from the Jordan River to the Dead Sea. What is not helping is the fact that there is a big industry in mining the salt. This overpumping and mining began in 1952 and combined with the warm and dry climate, decreased the amount of water within the sea (lake).

So if you are planning to come over and take a mud bath in the Dead Sea it might be a good idea to come sooner rather than later. 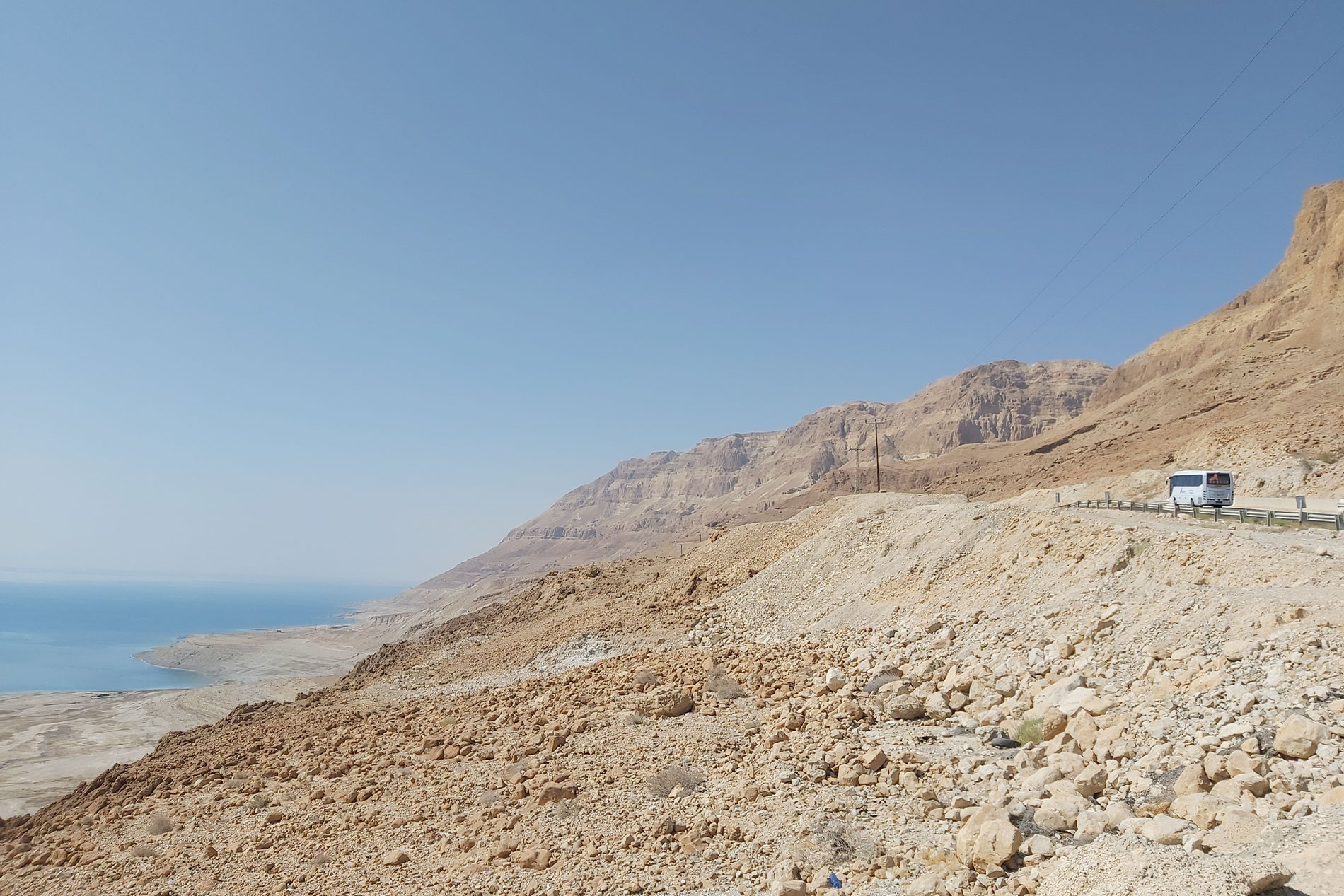 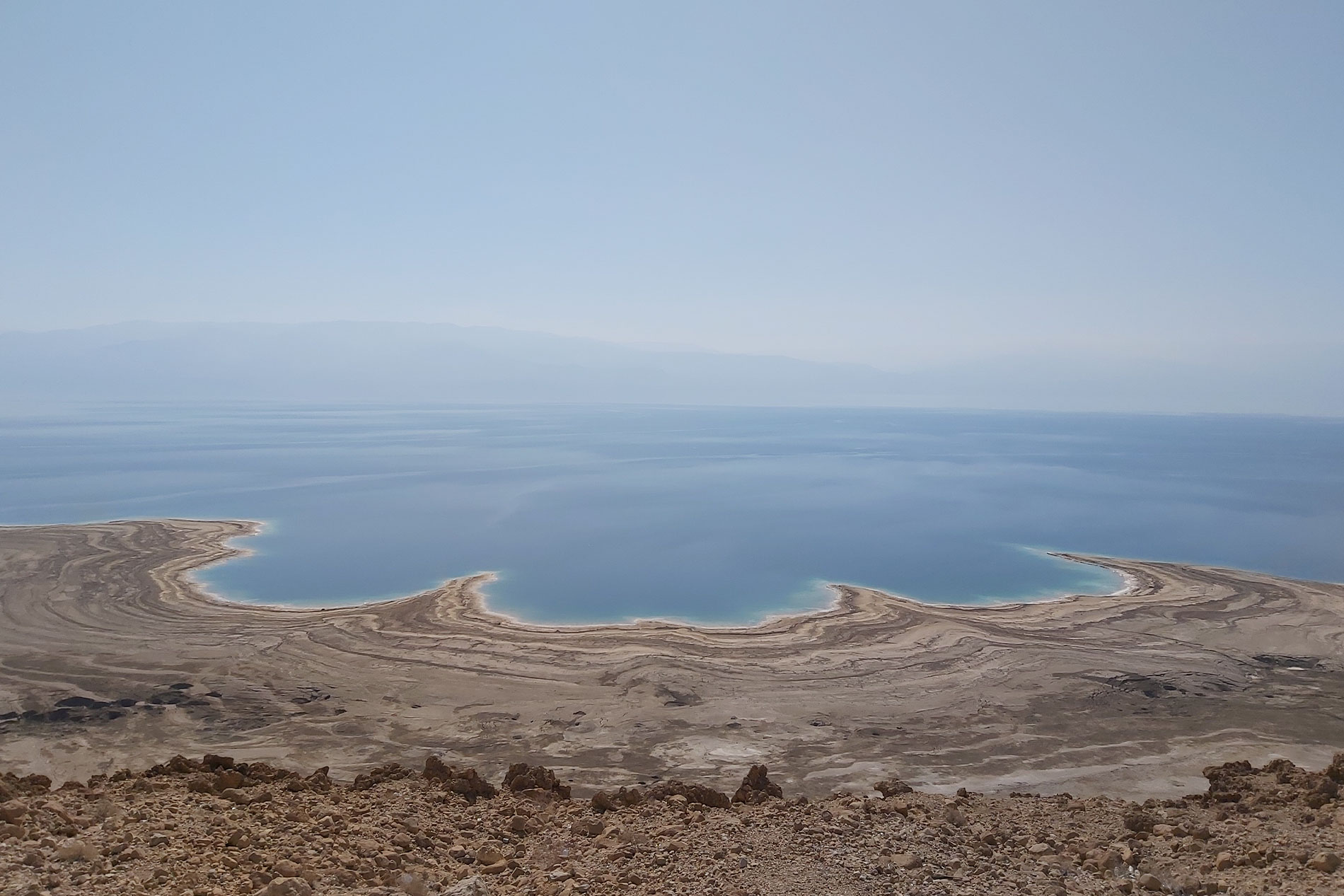 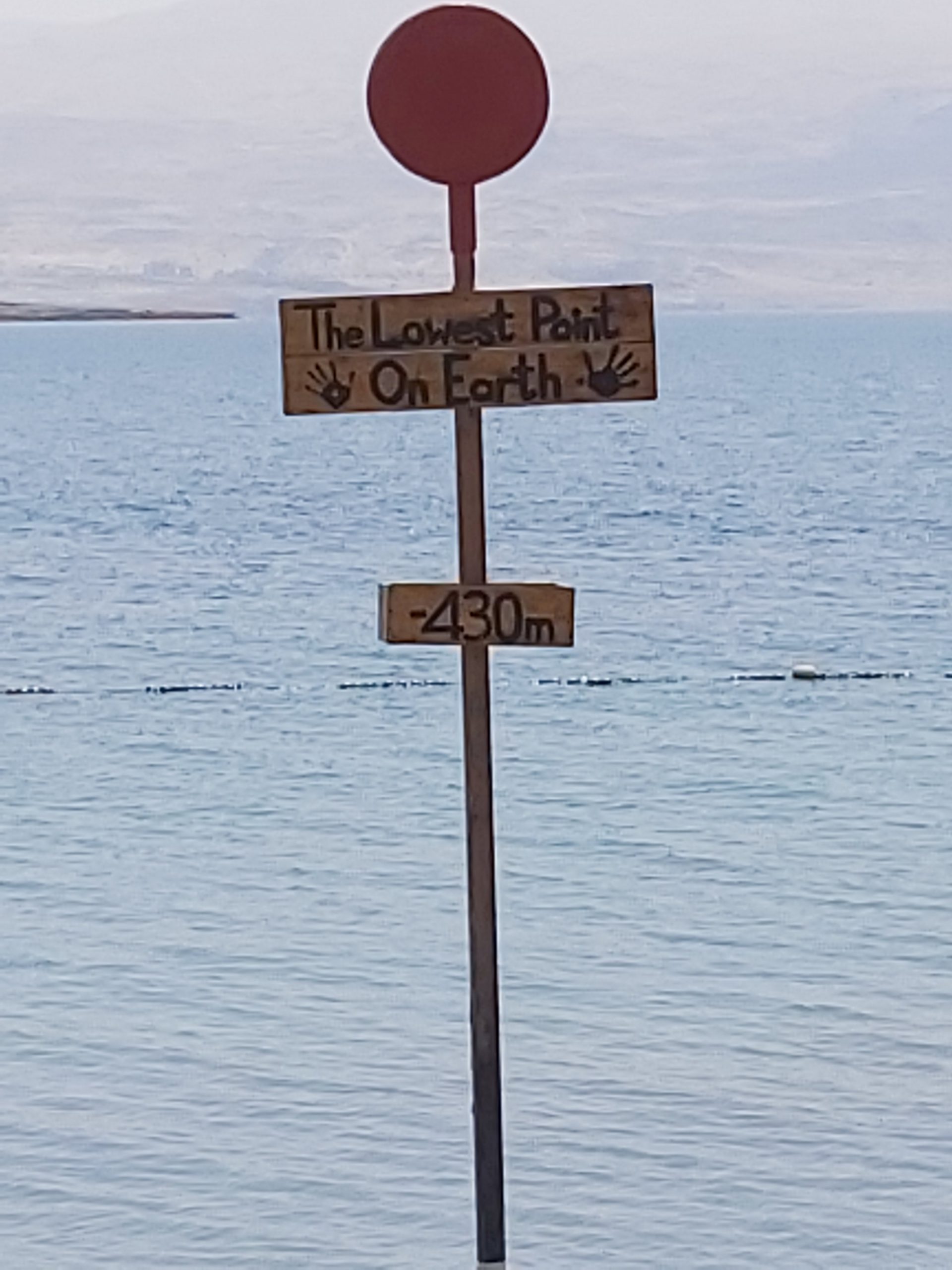 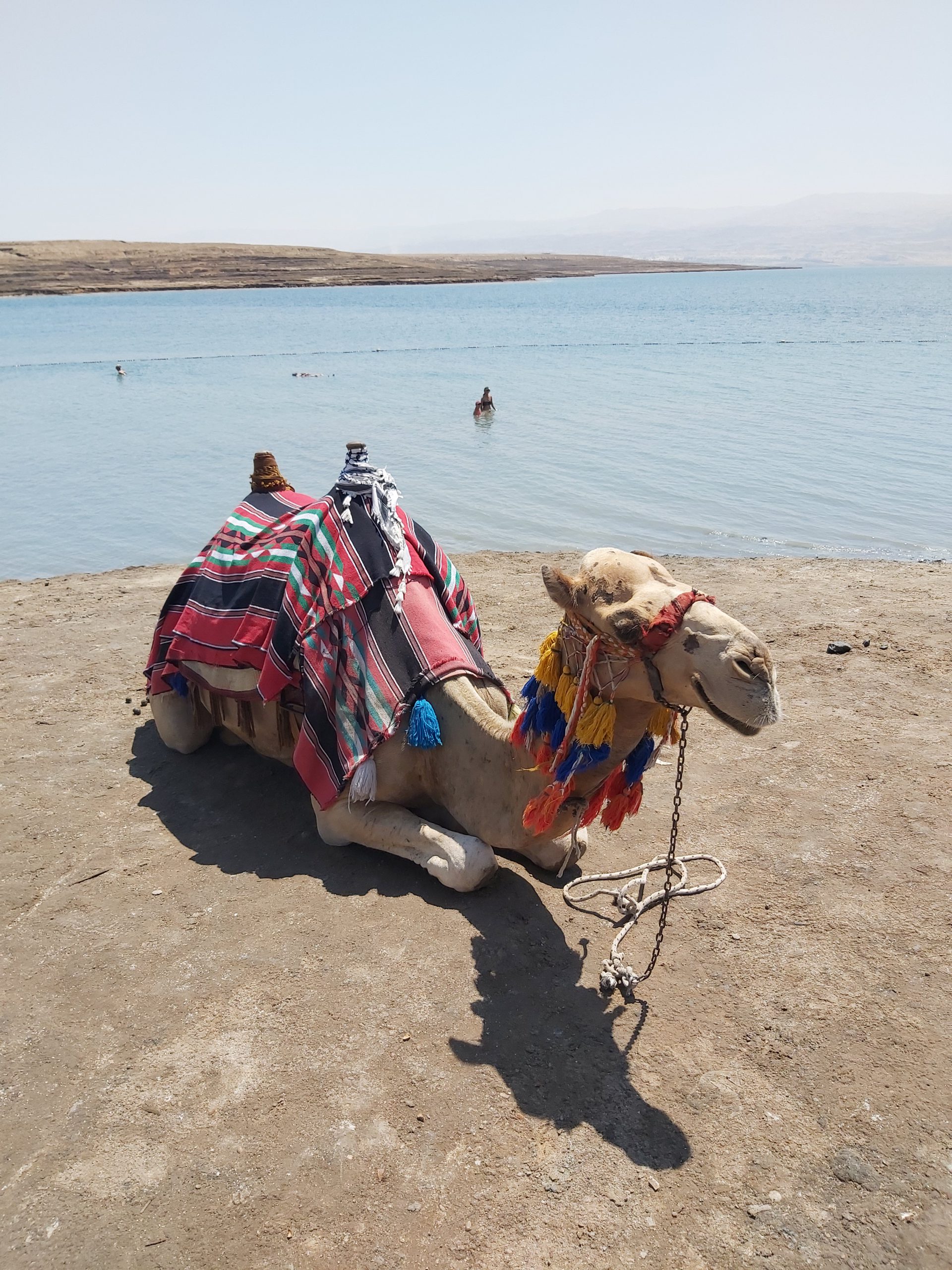 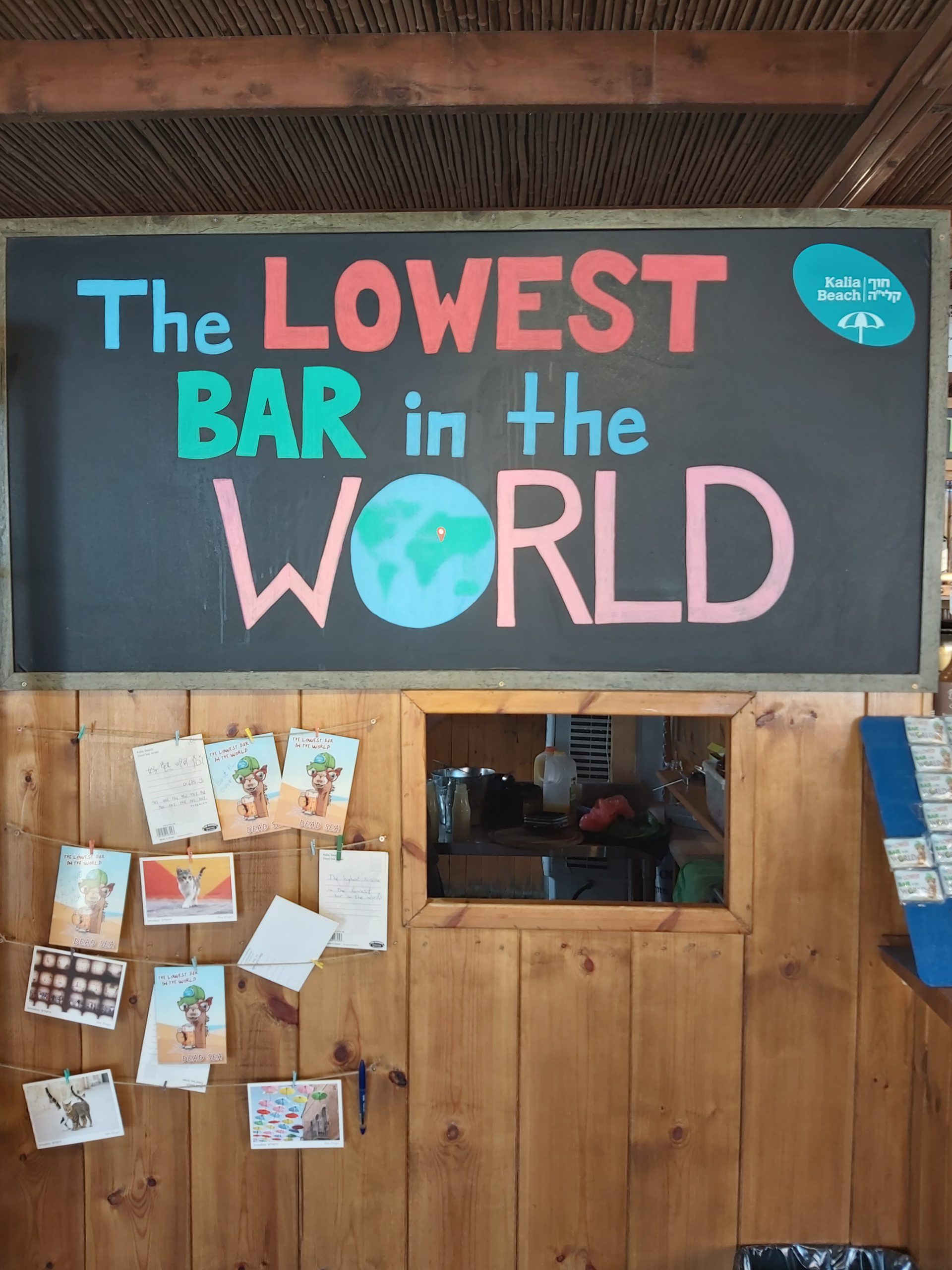 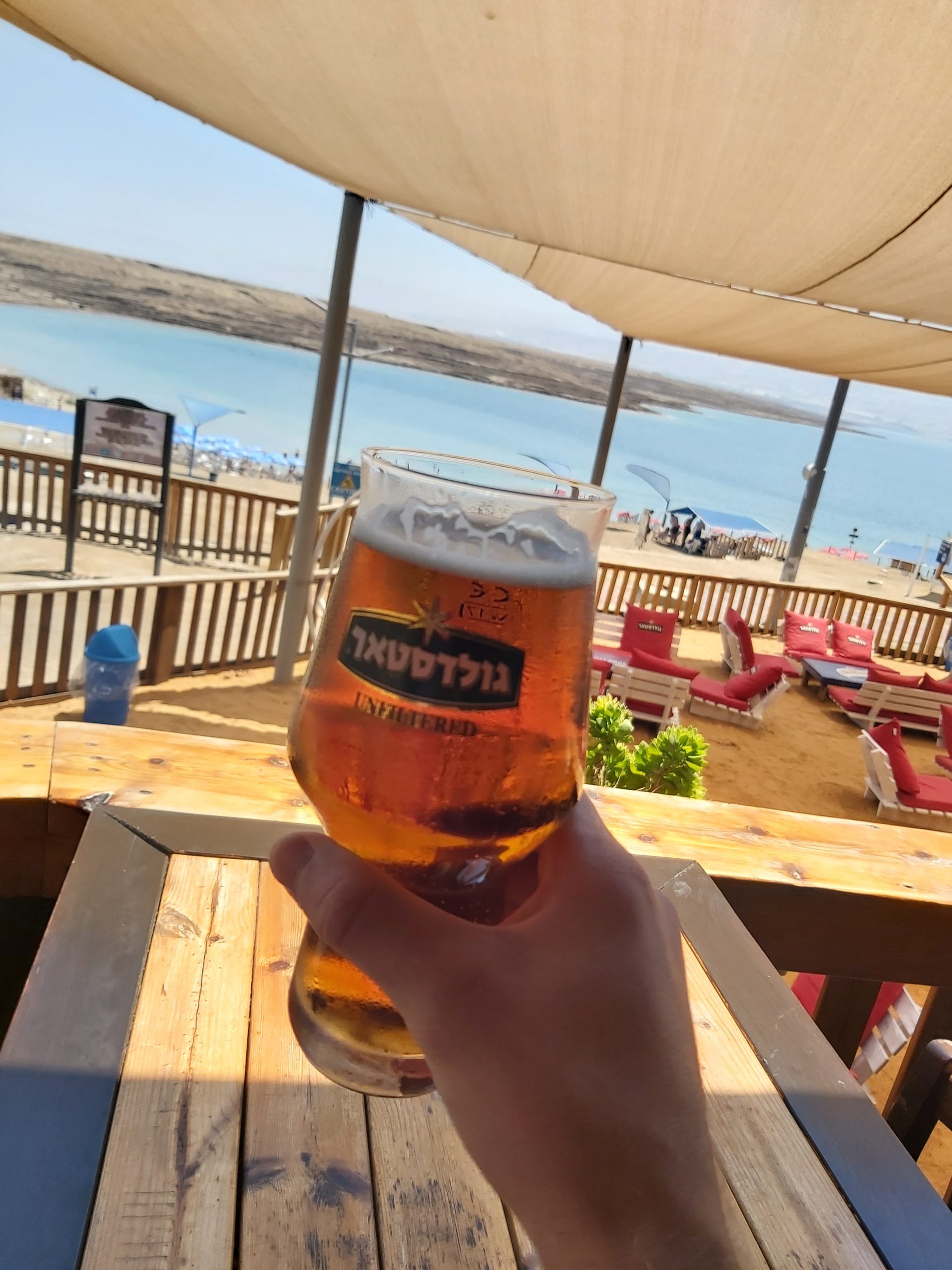 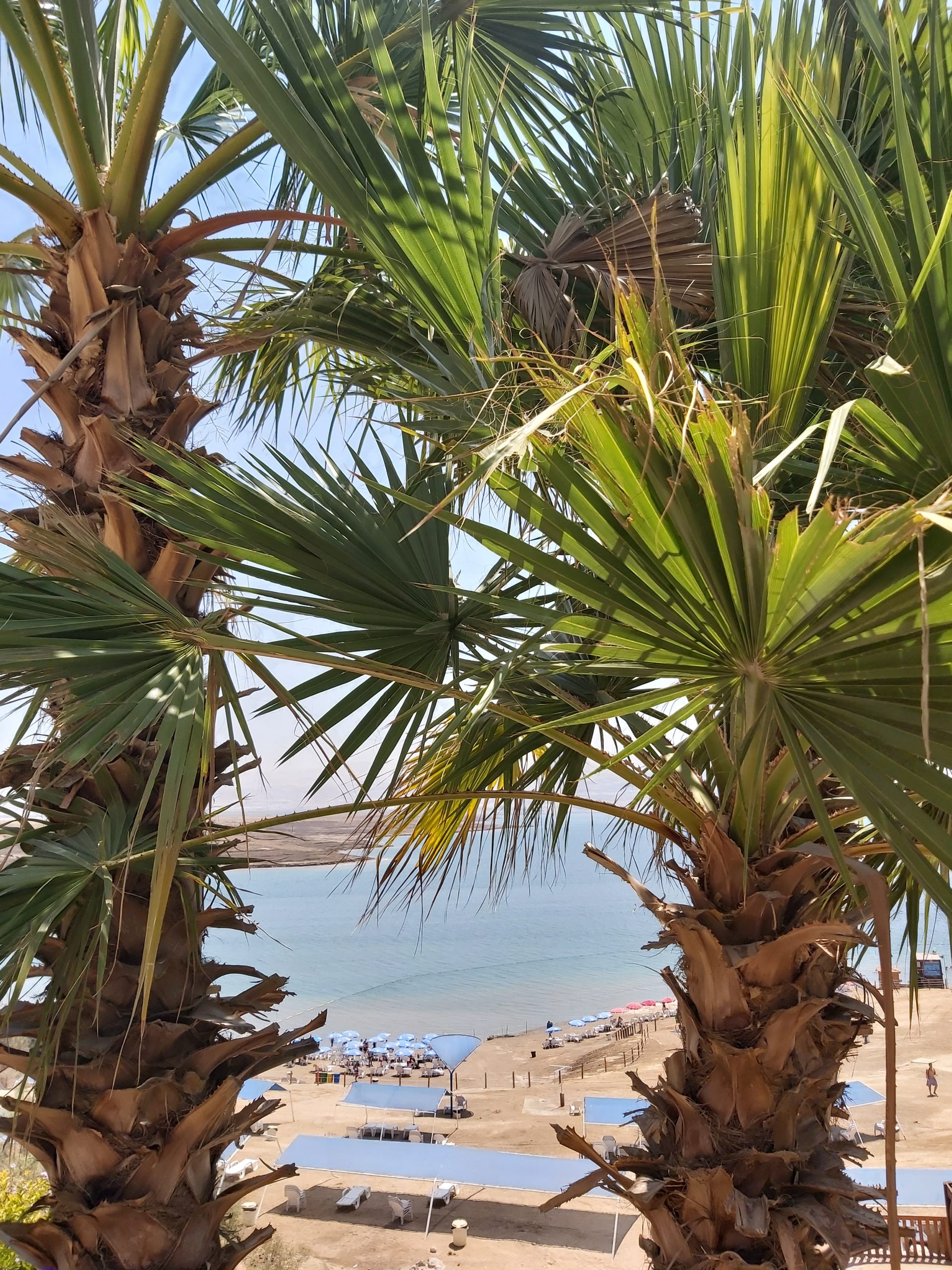 So last year I did this as a day trip that was offered by Abraham Hostels. Because I chose for the sunrise climb at Masada it means you leave around 3 in the morning from Jerusalem. I do recommend climbing Masada sober. From my own experience I can tell you that going partying till 2 and catching the bus at around 3 at night to hike for 2.7 kilometers with an uphill climb of 350 meters is not advisable. The climb is a tough one but along the dark way upwards you already see bits and pieces of the amazing view. However seeing the sun come up and enjoying the view was worth every bit of it. It was amazing and I really can’t wait to do it again one day. To see the ruins and know the history behind the place just adds to it all and you can understand why anyone would wanna build a palace there (apart from the climbing).

After the climb of hell to the top of Masada I visited En Gedi park which was such a nice change of scenery. Seeing all the little beaks and green in this valley was great. I did a shorter walk this time and took my time to see the waterfalls, animals and just take in the views. It really is a beautiful national park and there are lots of spots to just sit in the shade, relax and bathe in the springs. The Dead Sea was an obvious must and a good time for lunch and beer at the lowest bar in the world. To float in the Dead Sea was a surreal experience and really fun.

Once the lockdown is over I can’t wait to go back to this area and explore it more. It is a great day out in this beautiful desert area. 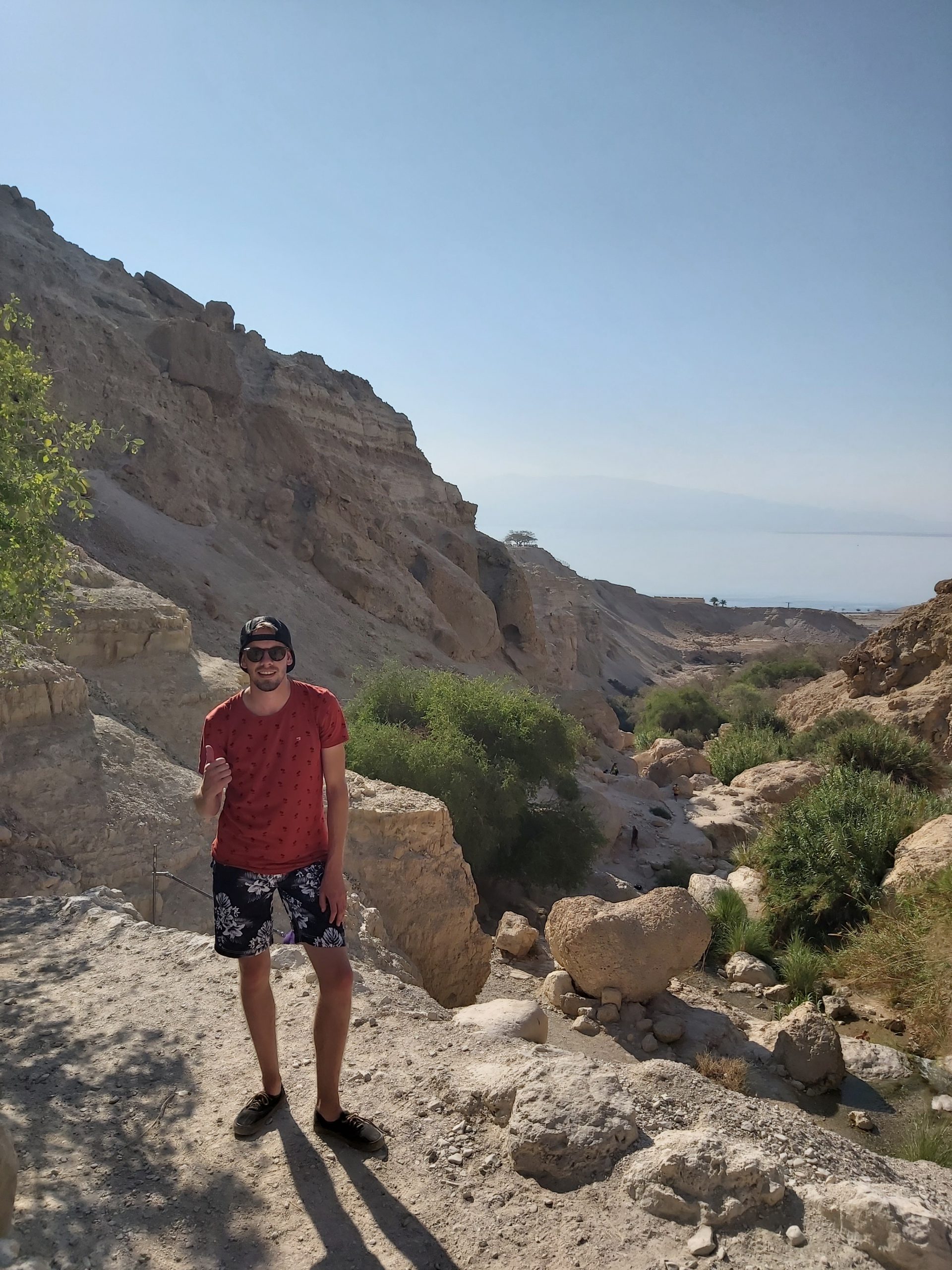 Read more about Israel and my adventures here.

Always look on the bright side of life