British-Lebanese singer Mika came to the Netherlands for not one, but three exclusive shows at Tivoli Vredenburg in Utrecht. Mika is obviously famous for the mega hits Relax, Take It Easy and Grace Kelly, but currently he is touring to promote the latest release My Name Is Michael Holbrook during the Revelation Tour.

The support tonight was a singer-songwriter from Hull, United Kingdom, called Charlotte. Her voice was really good in combination with her own keyboard and acoustic guitarist. It was fun to watch, and I would recommend listening to Just Me and Nervous. 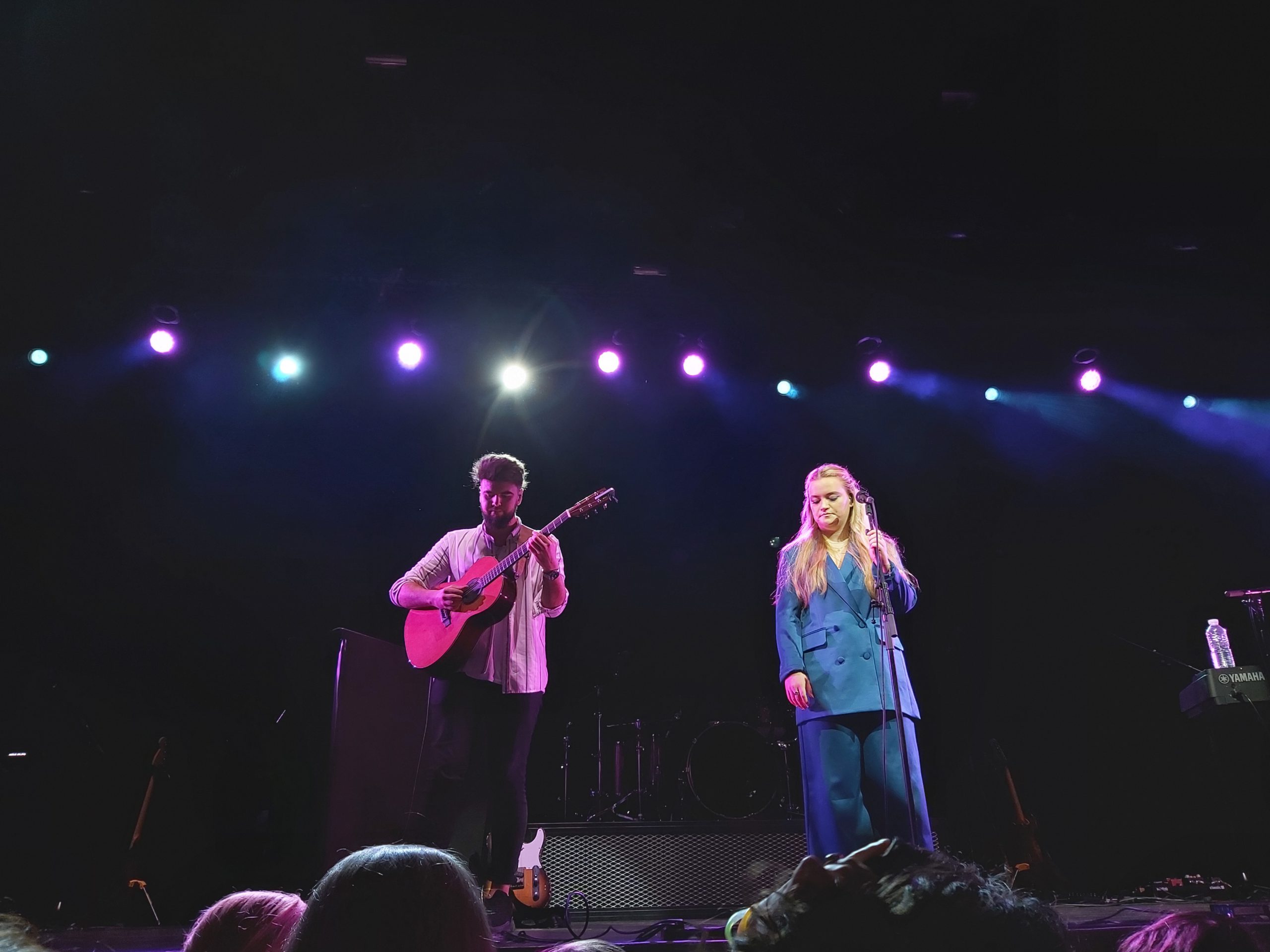 My name is Michael Holbrook

To promote his latest release (My name is Michael Holbrook) Mika started his 19 song setlist with two songs from the album: Ice Cream and Dear Jealousy. I’m especially a big fan of the second song, the structure of the song, lyrics and sound, just all come together with his vocals.

The third song of the night was undoubtedly the biggest hit of the British-Lebanese singer: Relax, Take It Easy. The sound quality was great and the voice combination of Mika and bass player Max was just as good during this song. It was followed up by a little story about how the next song was written before kicking off Origin of Love.

From there, Mika made the crowd sing and dance again with songs like Platform Ballerinas, Big Girl (You Are Beautiful) and Tiny Love.

With Underwater, the singer and the band created a beautiful atmosphere with the lights and the crowd’s reaction. The song is slow but very moving. Popular Song and Tomorrow followed and showed once again the great harmony in vocals between Mika and Max.

The second half of the show contained songs mainly focussed on earlier releases. Slowed down with Last Party, which was amazing to hear back in the set as it hasn’t been performed since 2016. The pace, however, quickly picked up with the introduction of Lollipop. Mika then took a pink sash from the crowd and was joined by keyboardist Mitch behind the piano for a bit of story time about Cinderella and Frère Jacques.

The song is very upbeat and the stories made it so much more fun to see and listen too. It was followed with the highly upbeat French song Elle Me Dit. It made the crowd dance, jump and go wild. Happy Ending, Love Today, and We Are Golden closed the main set.

Mika and his band came back on stage for three last songs before the night came to a complete closure. The hit Grace Kelly opened the encore with Tiny Love (reprise) following closely. The crowd sang and clapped along with the band as the last song Stay High was introduced.

Mika and his band were on fire on the second night of his short residency in Utrecht. They really proved themselves to be top class performers. The musicianship, tightness of playing together and overall sound and show made the night incredible. I highly recommend seeing Mika live. It will be a night to remember.

Mika released an album earlier this year called Live At Brooklyn Steel which features many of the songs performed at the show we saw. It gives you also a great feel of the energy, musicianship and overall vibe of the concert. Check the album out here!

Be a Primadonna like The Struts live in Tilburg!

A night of “Rock Vibrations” with Shiraz Lane, Block Buster and Temple Balls