47 years ago Alice Cooper released their first ever album. Now the singer is back with his band in Europe as part of the Ol’ Black Eyes Is Back Tour. I saw the show in Tilburg, the Netherlands.

The show took place in 013 where I have seen multiple shows of different artists in recent years. The sound and venue are very good and I never end up being disappointed with them.

Black Stone Cherry was the support of tonight. The band from Edmonton, Kentucky (United States) are fuelled up with true Southern Rock blood. They are the kings when it comes to bringing back traditional southern rock with a more hard rock sound.

When the band entered the stage, they were all fired up and ready to start the show straight on with Burnin’. Black Stone Cherry are currently supporting their latest studio album called Family Tree, and the opening song came from that album.

Me and Mary Jane, Blind Man and In My Blood kept the band going. Throughout the show, they let the music do the talking. Which worked for the crowd who enjoyed their set. As previously mentioned, the sound in 013 is always good, and you get the clean vocals Chris Robertson in combination to his guitar just right.

The band then went on for the hits of their repertoire with Blame It on the Boom Boom and White Trash Millionaire. Ben Wells on rhythm guitar has an amazing stage presence, the energy he brings during the performance is great to watch. Running, kicking and jumping around while playing and singing is really impressive, and it definitely got the crowd pumped.

John Lawhon on bass and John Fred Young on drums complete the band. The set was closed with Lonely Train, Cheaper to Drink Alone and Family Tree. Their set was a great introduction to this band, and it really showcased their dynamics and musical talent. 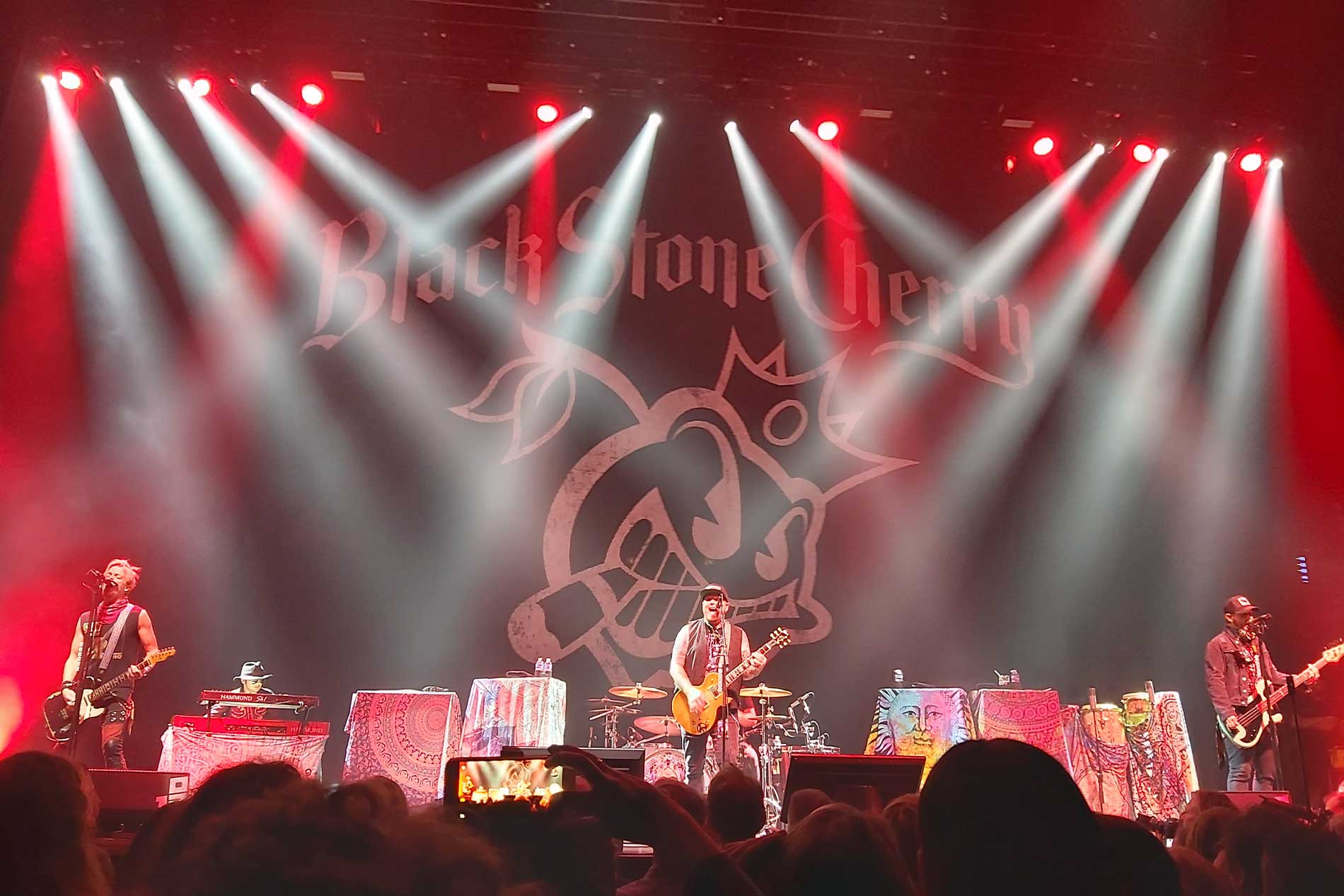 As the venue lights went out, two spots focused on the curtain hanging in front of us. Of course, it showed the eyes of Alice and the iconic makeup as the tape Nightmare Castle played. It wouldn’t take long before the intro of Feed My Frankenstein started, and the curtain dropped and showed us this incredible castle decor. I’m really impressed with how much detail this production showed. It already showed me Alice Cooper isn’t going to be a normal show.

The start of the show was mainly made out of the hits. At the start of the show, Alice Cooper walked out on stage surrounded by a cloud of smoke while singing Feed My Frankenstein. No More Mr. Nice Guy, and my personal favorite Bed of Nails sounded great. The band is filled with class act musicians, and the voice of singer Alice Cooper sounds just as it did back in the day. 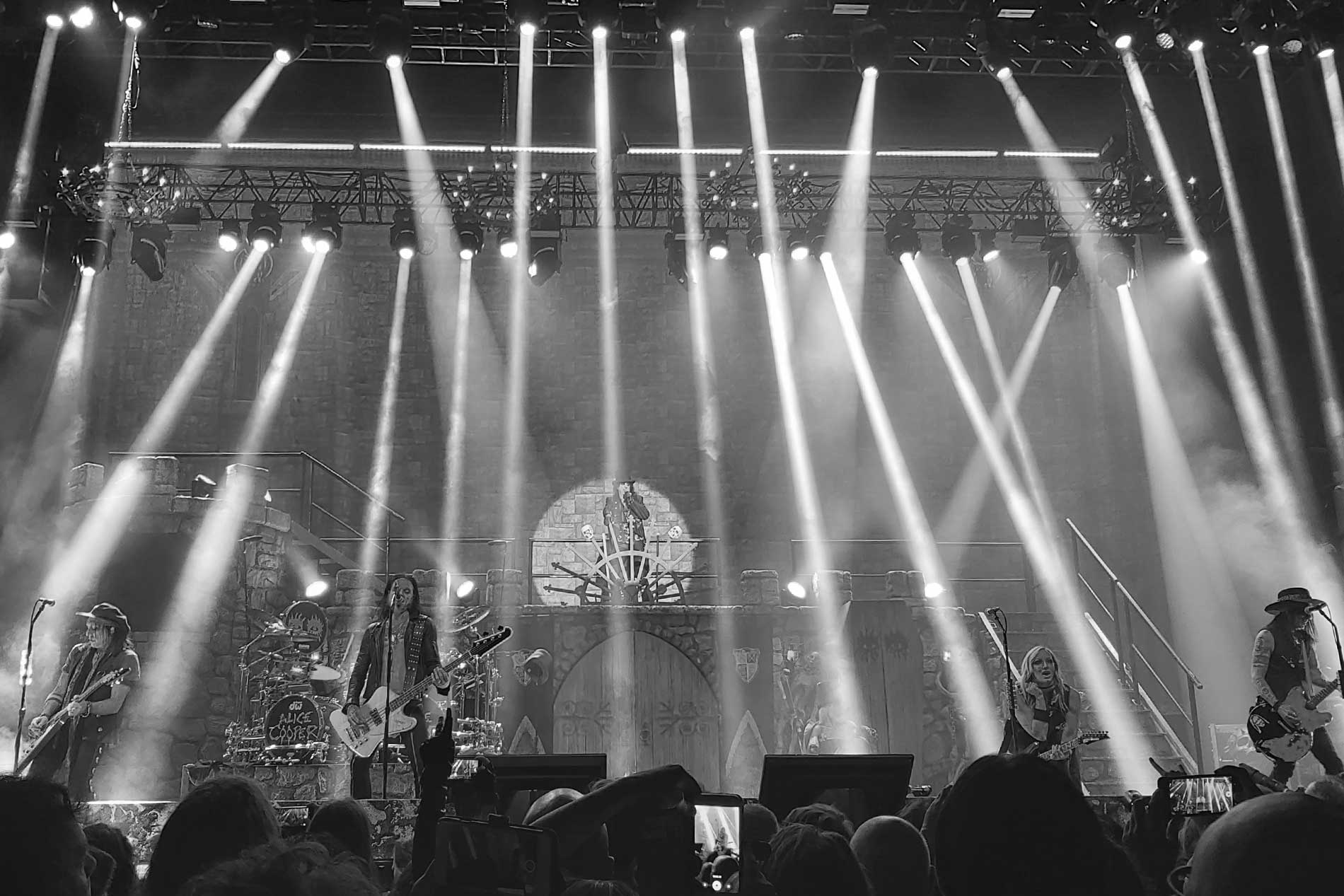 A night at the Theatre

A concert of Alice Cooper is more than just music. It is a theatre spectacle filled with great rock songs. Raped and Freezin’, Fallen in Love and Muscle of Love showed the musical side of the show. He’s Back (The Man Behind the Mask) showed the theatre side. As 2 girls entered the stage during the song to take selfies and pics, one was brutally killed by the man behind the mask.

It just adds so much to the performance and showmanship of the band and Alice. The band, is great as well. They play extremely tight, and the guitar parts are sounding kick ass. Ryan Roxie, Tommy Henriksen and Nita Strauss really are highly talented guitar players, and they really work together very well. 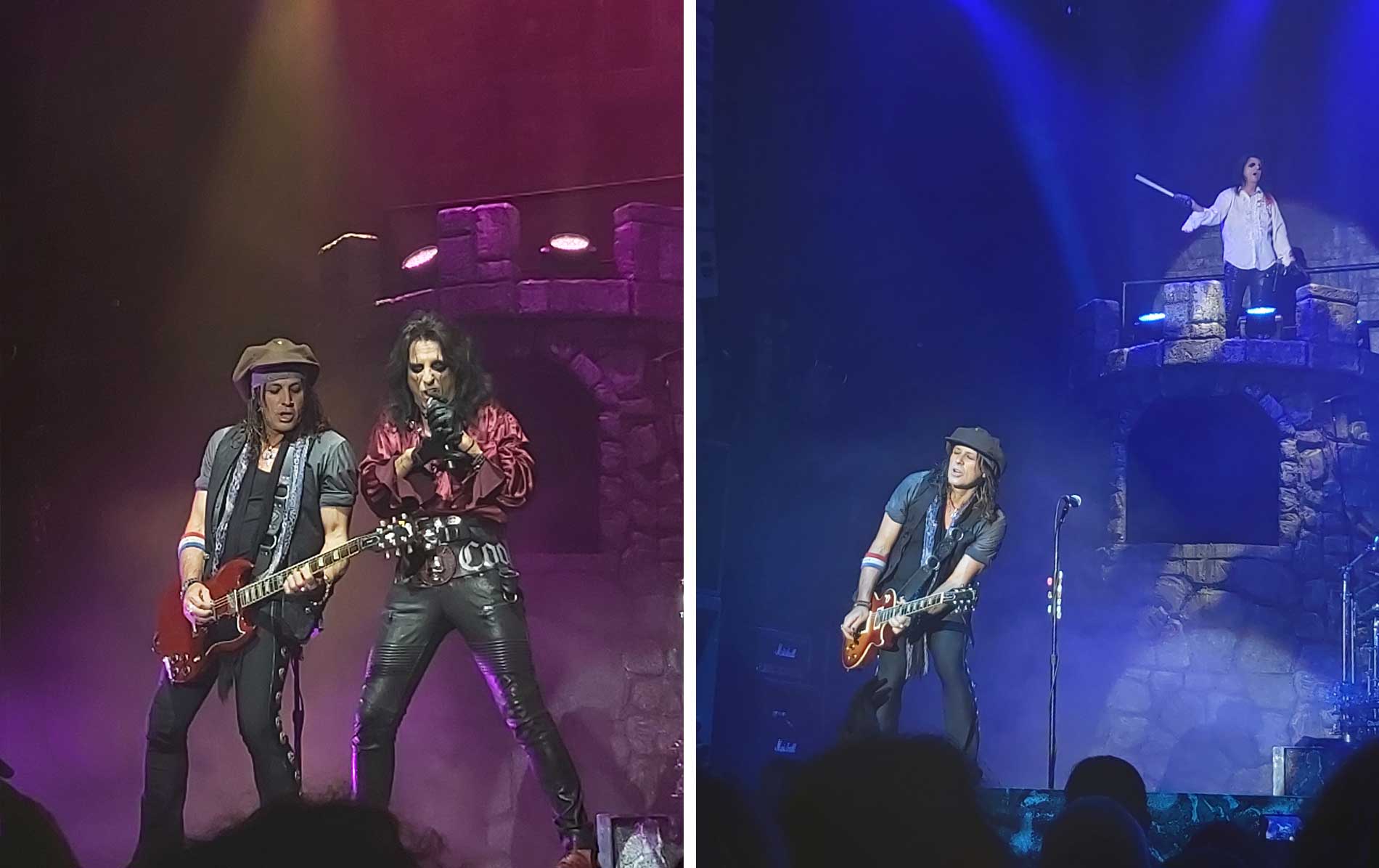 Poison ended the train of hits before Nita Strauss showed off her guitar skills in an impressive way. She is a highly talented guitar player and she combined the theatre style of Alice’s show with her skills in playing.

With Roses on White Lace and My Stars the pace of the show slowed down a bit. Devil’s Food was a jam with only the band on stage. I’ve said it before and will say it again: the musicianship is amazing. We mentioned the talent on guitar, but on bass we see Chuck Garric! Not only famous for playing with Alice Cooper, but also DIO. The whole band is great to watch and the chemistry feels amazing. From the band jam we went into the Black Widow Jam with a great drum Solo of Glen Sobel. 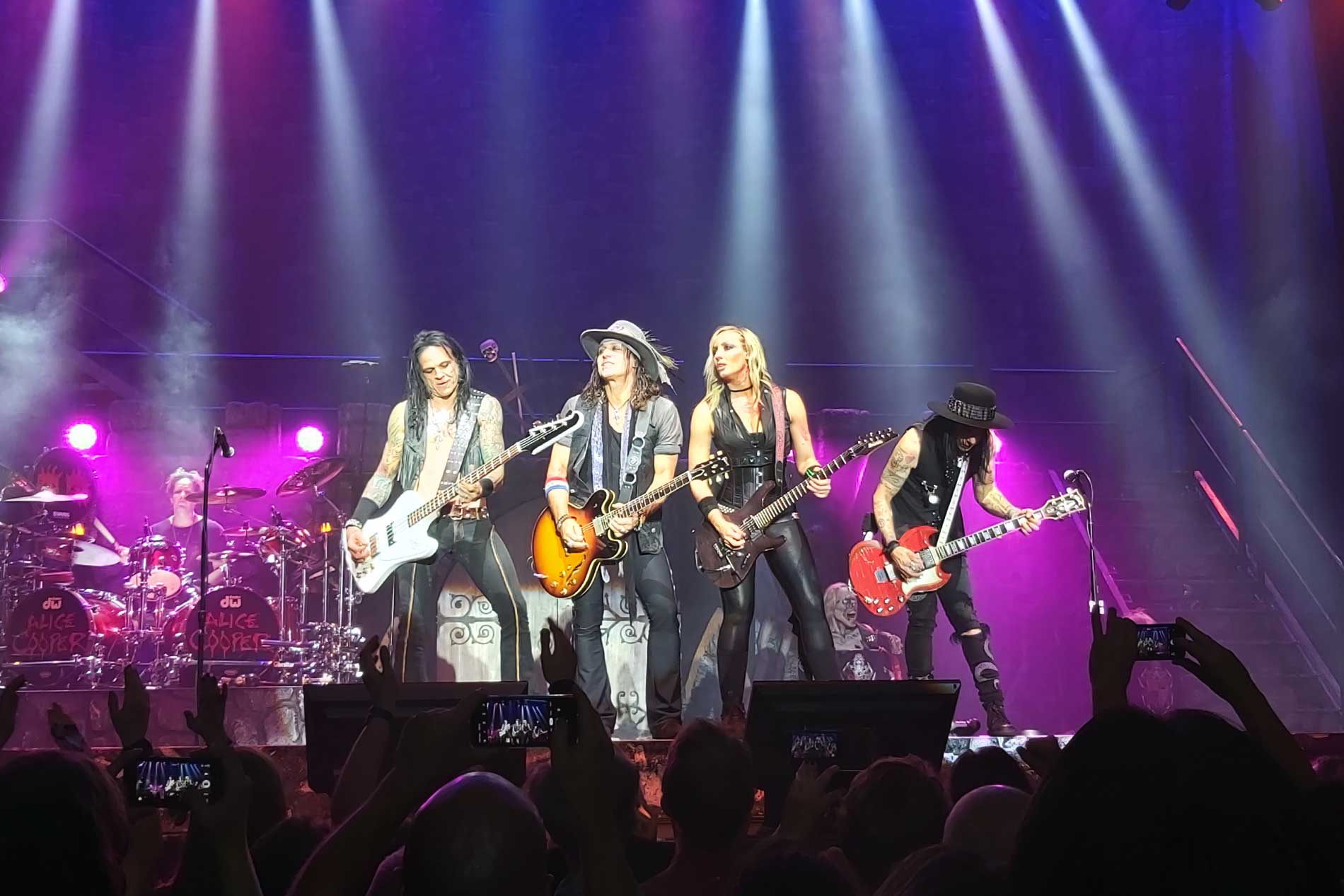 As the venue went dark and smoke filled the stage, the door in the wall opened again and saw Alice Cooper come out in a straitjacket. Accompanied by 2 baby heads in grey overalls, it gave this surreal look as Alice sang Steven.

It was followed up with his wife Sheryl Goddard joining the singer on stage. Dressed up as a Victorian mom and pushing a stroller it really gave a darker tone to the show. She handed Alice the baby from the stroller who then used it as a prop during the song. Having these massive babies heads projected on the castle decor and one massive baby eager to burst out of the castle. As a result, the baby broke the tower wall and roamed free on stage later on.

In the end, Alice tries to decapitate the baby before being captured by the baby heads in grey overalls. Brought to the guillotine, it is one of the must-have seen scenes of an Alice Cooper show. The chopped head of Alice was shown to the audience as the band played on I love the Dead, and a giant baby ran around the stage with the head. 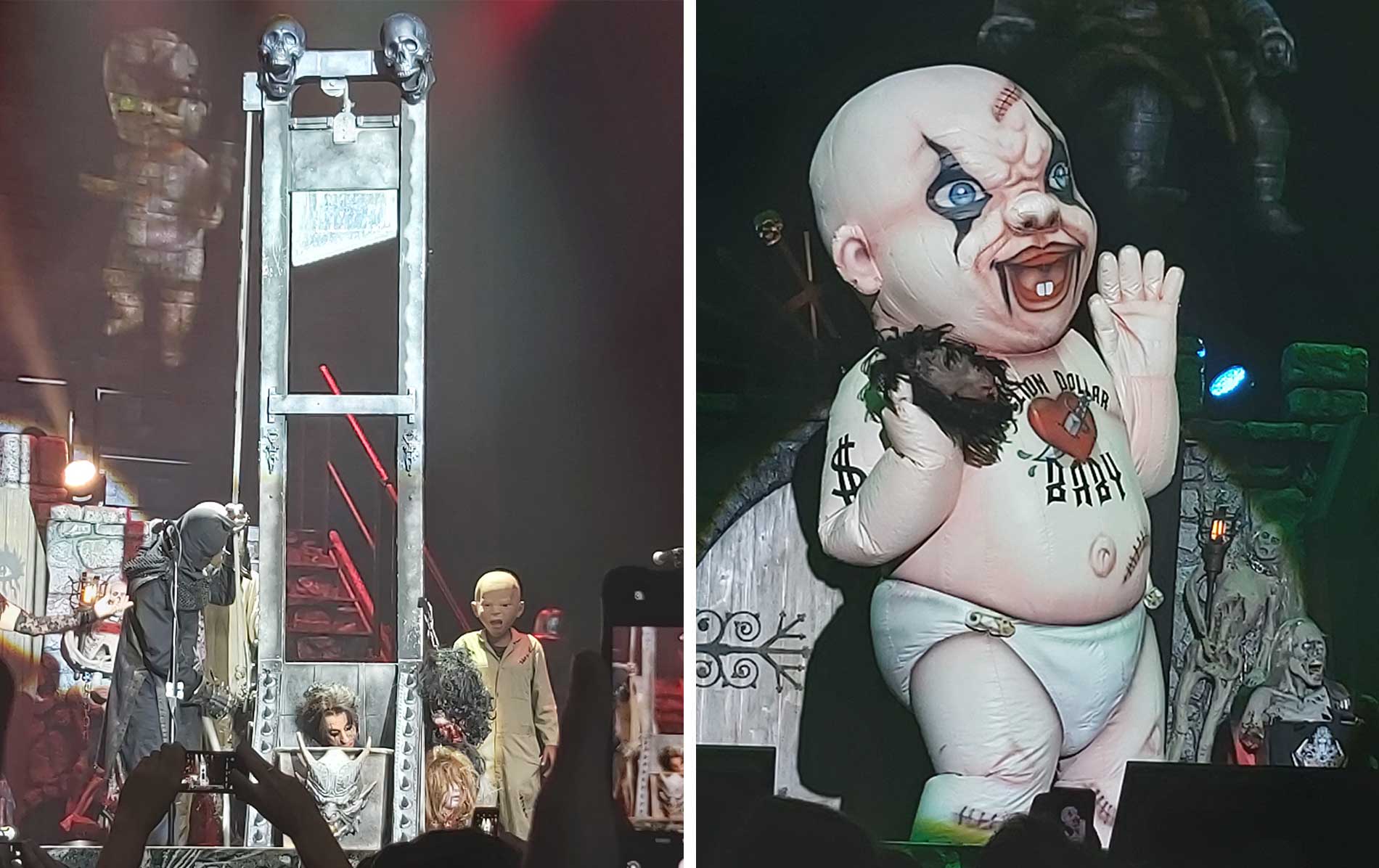 Escape and Teenage Frankenstein closed the main setlist. For the encore, Alice Cooper came back rocking a shirt off the local football club Willem II. Performing Under The Wheels it really got the crowd going before finishing the show with the Schools Out.

Schools Out saw Alice Cooper and the band being joint by support act Black Stone Cherry. The song included a snipped off Another Brick in the Wall Part 2, and it got the crowd singing along to every line. It was an amazing finale of an amazing show! 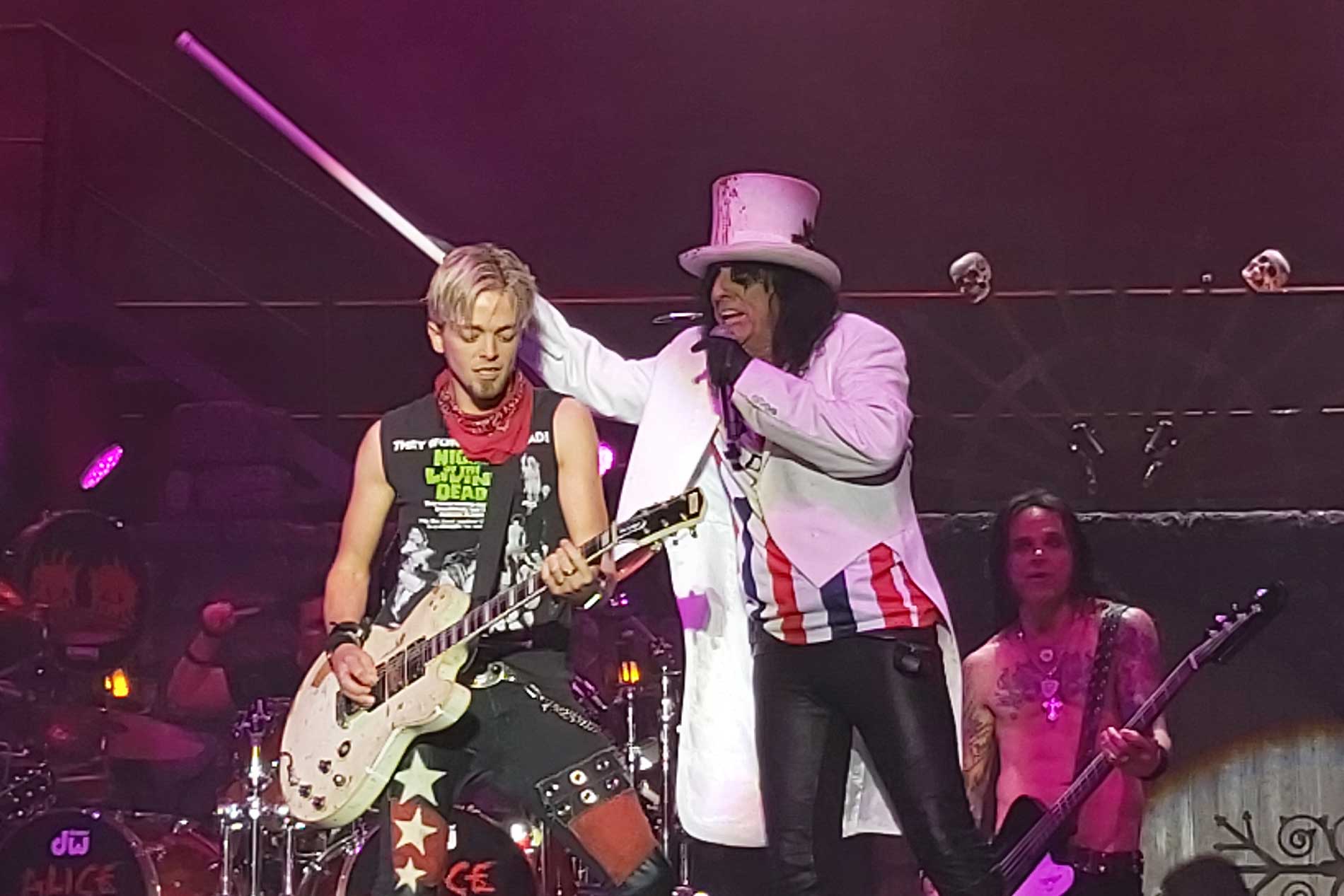 So wow. Where do I start with this? I loved my first Alice Cooper concert so much! It is not only about the music, which is incredible too, but about the full show. The theatre style of performing really impressed me and is something I never saw like this before. Obviously you got KISS which has similar influences, but Alice Cooper takes it to a whole new level.

The band played tight, and it looked like they had a great time! Let’s end with saying it is one of the best shows I saw in 2019! 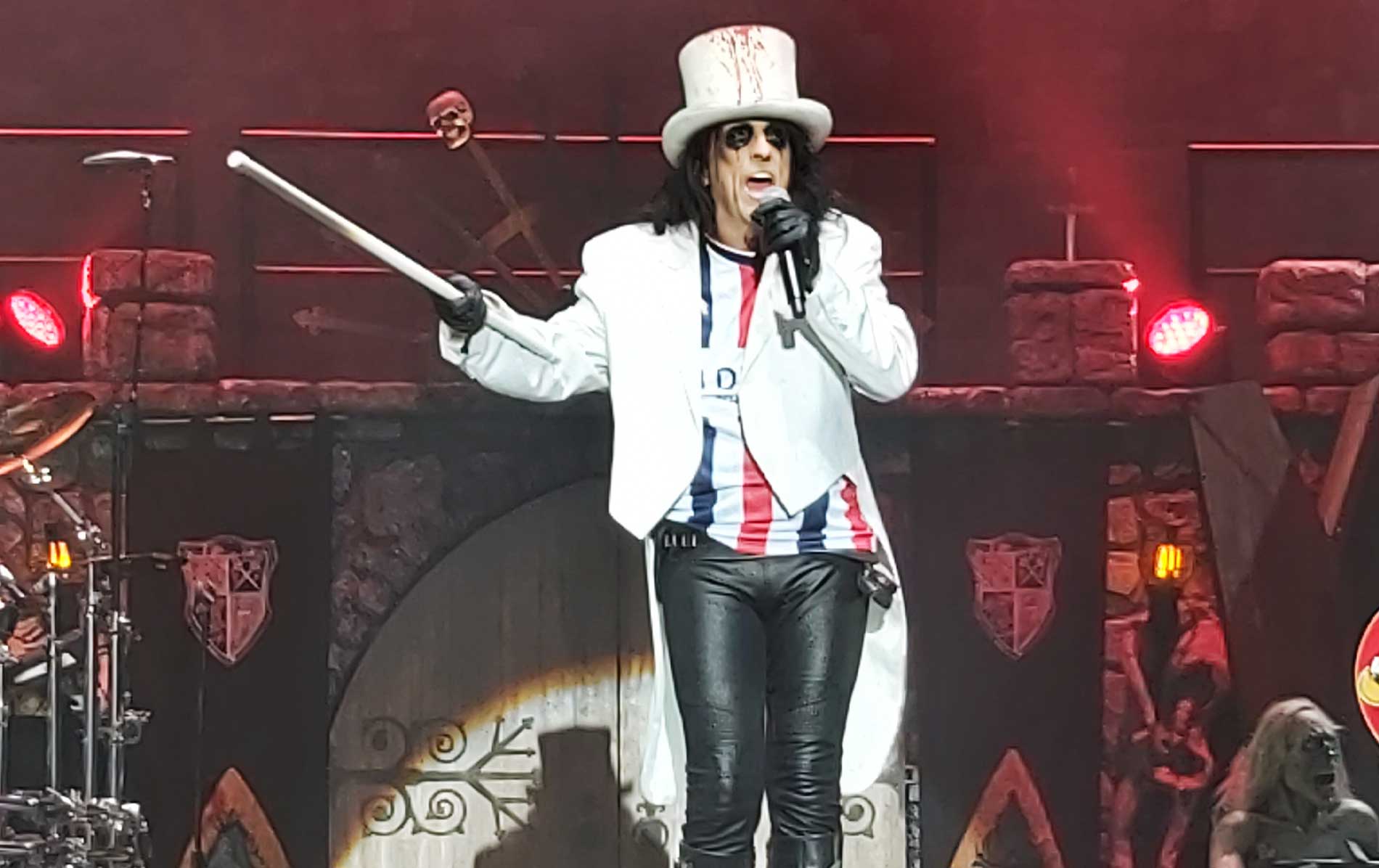 KISS sets Amsterdam on fire during End Of The Road tour

Idiots on Tour with Crashdïet, the Cruel Intentions, and Highride