Spirit of the North

The game was originally released for the Playstation back in November 2019. In May of 2020, Spirit of the North had a Switch release. As I only bought a Nintendo Switch a few weeks ago it took me a bit of time to get into the different games. Better late than never I decided to write my own review about this beautiful looking game.

Spirit of the North Review

Let us start by saying that I’m not an official game reviewer. So although a lot of game review sites made it look like Spirit of the North for the Switch was not worth to play I was intrigued to find it out for myself.

The journey begins with you awaking in a thick snowy ground. The red fox stands out on this cold landscape with above him a red path across the sky. It gives you an idea of where the journey will take you. From the start, the music brings you into the atmospheric scene that fits the harsh landscape. Your journey together with the fox will bring you during the several chapters of this game through caves, mountains, lakes and forests.

Spirit of the North manages to deliver an interesting storyline without any dialogue. If you make the fox bark standing on a particular set of blue flowers, you will gain a spirit power that will illuminate the fur. With this, you are able to move objects, open doors or flood caves. Ultimately, it will make you reach the path you need to continue with the game.

Together with your spirit fox as companion, (it is called Spirit of the North for a reason) you will solve the puzzles and release spirits from an ancient society. Spirit of the North doesn’t offer you a challenging dialogue as mentioned. You just have the puzzles and patterns etched in stone that gives you clues of the old civilization. The collectibles in this game are sticks that you carry in the fox mouth and drop by the remains of the Shaman’s setting their spirit free.

Spirit of the North offers a quiet time just with you, the fox and the spirits. The fox is great to play with, whether it is in the snow, water or rocks. When he steps out of the water, he will shake himself dry and when harmed you see him limping.

Controls can sometimes be a bit hard. For example with jumping, but you get used to playing it very quickly. The pace in the game is slow, which I like, but does mean it’s not everyone’s cup of tea.

When you Google Spirit of the North Switch Gameplay, you will find many mixed reviews. People call the story uninteresting, the visuals bland and the gameplay bad. Those are the opinions of critics, but when you just read players, reviews the game becomes a lot better.

How the critics experienced the game is not how I saw it. I believe the game had an awful lot to offer and succeeded in most of it. The visuals are stunning in this game. From the second you start the game to the very end the story of the fox is being told by you, the player. By interacting with your surroundings and taking your time to explore all the little corners you will find a lot more than you bargained for. The landscapes and buildings are looking great on both Switch and TV. The fox itself could have been slightly better, but after a few minutes of playing, you don’t really notice it. 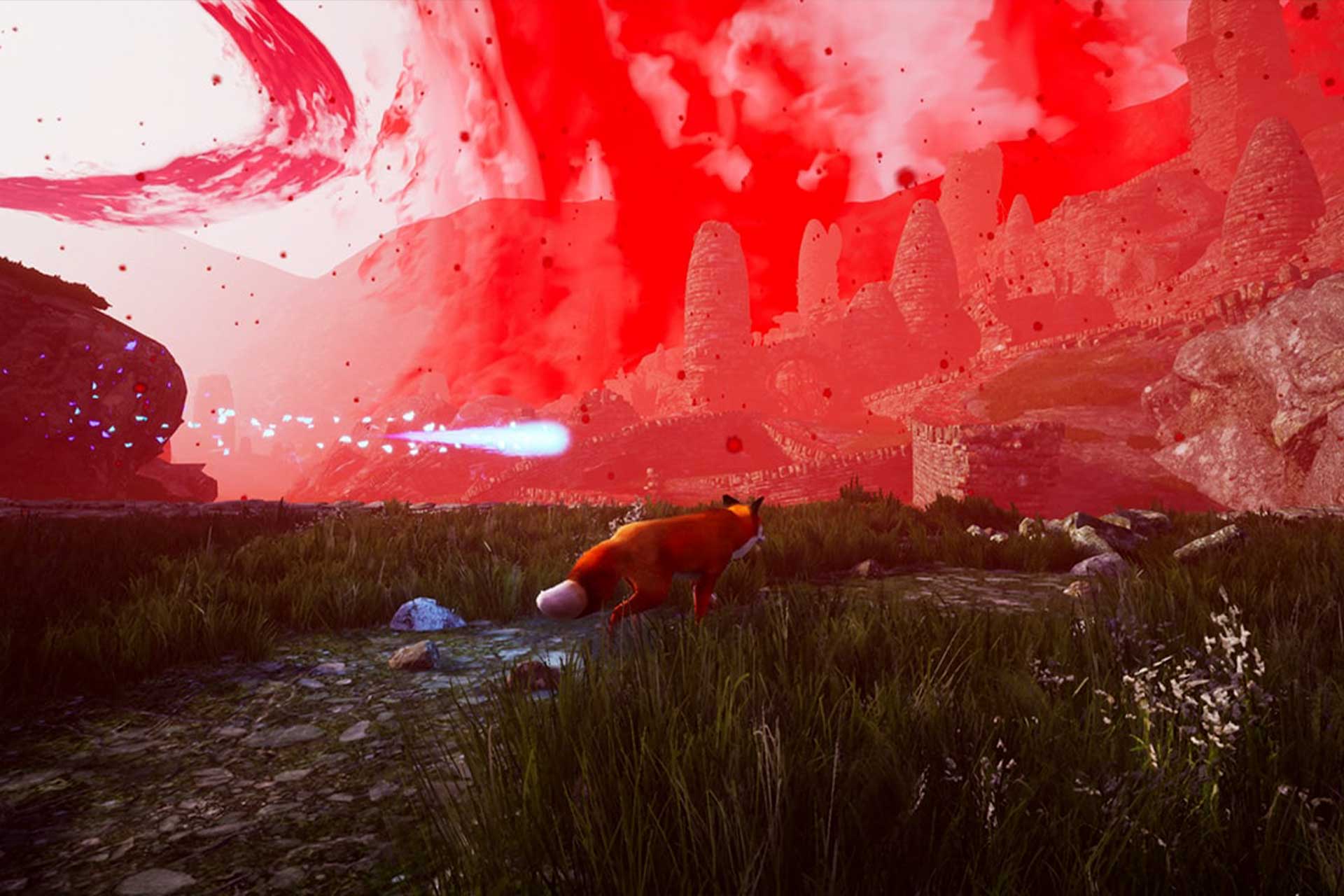 The controls can sometimes be a bit tricky when it comes to jumping on or into certain things. However, in general I found the controls very easy to use. The soundtrack throughout the game is amazing. It really gives the game the peaceful and calming sound that you imagine with these types of landscapes. I have to say that one specific part of the song really reminded me off Ghost’s Ghuleh / Zombie Queen. As a Ghost fan myself I can only appreciate that.

The ambitious art style in combination with beautiful soundtrack and story makes this one of my favorite games I ever played. If you are into this type of games I recommend picking it up!

Check here for other places where you can purchase the game Spirit of the North Switch edition.

About the developer Infuse Studio

Infuse Studio was founded back in 2015 in the United States. The company has been providing high-quality 3D assets through the unreal marketplace and Cubebrush. The first game released by Infuse Studio was Spirit of the North. I really hope more games will follow in the future!