Last week Glenn Hughes came to the Netherlands with his latest tour paying tribute to his Deep Purple years. It isn’t completely new to see an ex member from Deep Purple bringing the songs back for a tour or album. We have seen, three years ago, Whitesnake’s Purple album and tour. But this time we saw the “Voice Of Rock” in Hengelo, the Netherlands perform all the classics.

The English rock bassist and vocalist joined Deep Purple in 1973 and performed with the pioneers of heavy metal and modern hard rock for 3 years. Hughes joined the band together with David Coverdale, and both share vocal duties on many of the iconic Purple songs. Before Hughes was in Deep Purple, he was known for playing the bass and singing for the funk rock band Trapeze. After the split of Deep Purple in 1976, Hughes went on to be lead vocalist for Black Sabbath in the mid 80s. Also, Hughes can be heard on the Run For Cover album by Gary Moore.

But Glenn Hughes has an incredible solo career as well, spanning over 20 years. Next to his solo career, he is the lead vocalist and bass player for the Black Country Communion. An all star band featuring Jason Bonham on drums, Joe Bonamassa on guitar and Derek Sherian on keyboards.

The show kicked off with the heavier Stormbringer (1974) where Hughes immediately showed why he is known as the “Voice Of Rock”. The iconic high screams in the chorus and heavy bass line made it the perfect show opener. It was followed up by Might Just Take Your Life from the 1974 Burn album. This mid-tempo song gave a good transition to Sail Away (1974).

Within the show, there was enough space for long solos by the rest of the band. For starters, it was Mike Magman on the keyboard who gave us a beautiful key solo followed up by a drum solo. It was Ashley Sheehan on drums tonight and he kept the pace going at a great speed. Søren Andersen displayed an electrifying guitar solo and was just an amazing guitar player to watch during the complete show.

In between the solo’s there was space for You Keep On Moving and You Fool No One which got the crowd excited!

The show came to end with some obvious classics, starting with Mistreated (1974). The song is taken from the Burn album, and on the album it only features Coverdale on vocals. So it was interesting to see how Hughes formed this classic song to his own. It still is a crowd favourite as they all sing along on the choruses.

The audience participation continued with Smoke on the Water (1972) and Georgia On My Mind. The set ended with Hughes thanking the crowd for coming this evening and spreading the love of music.

Hughes and the band would return for an encore, performing the first song since Hughes joined Deep Purple: Burn (1974). Burn is a true rock classic anthem and the fast-paced song was the perfect song to end the night with.

It was great to be in the presence of a true rock star giving his interpretation to some Deep Purple classics. The musicianship between Hughes and his three-man band was great to see and listen to. There is only one thing we felt lacked. And that was more songs. With 8 songs and large 3 solos, it felt like Hughes could have thrown in a couple more songs like Highway Star and Lady Double Dealer for example. Without a doubt, Hughes still loves what he does and shows his appreciation throughout the show.

The tour will go on for another year and as Hughes mentioned during the show will be coming back to the Netherlands! 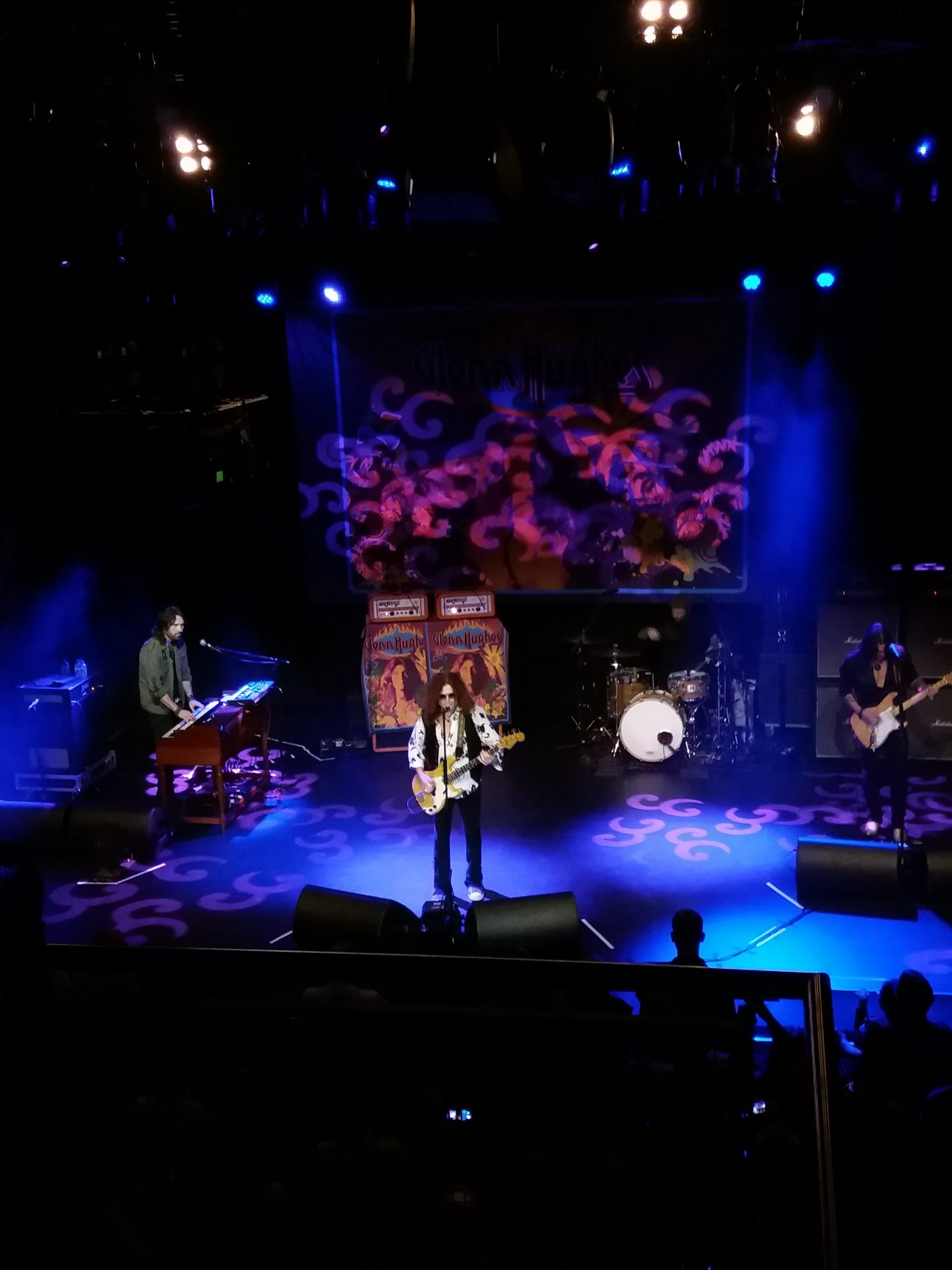 American bands we wish would come to Europe in 2019!