Deep Purple made its way back to Israel for two arena shows as part of the Whoosh! tour. The British rock icons were welcomed with open arms as they performed all the hits. We watched the band playing their heart out at the Pais Arena in Jerusalem.

I’ve seen Glenn Hughes perform Deep Purple songs back in 2018. I saw Whitesnake embark on their Purple Tour in 2015 with David Coverdale performing the hits of his time with the band, and now it was time for Deep Purple themselves.

The pioneers of rock have been around for over 55 years and show no sign of slowing down anytime soon. The English rock band formed in London back in 1968 and Ian Paice has been the backbone of the band ever since. Deep Purple have been considered part of the unholy trinity of British hard rock and heavy metal. The other two bands might have long retired (Black Sabbath and Led Zeppelin), but Deep Purple just keeps on going. 22 studio albums have been recorded since their founding and currently the band is promoting their Whoosh! album.

The band has seen members come and go over their lengthy career. However, the current line up consisting of drummer Ian Paice, singer Ian Gillan, bassist Roger Glover and keyboardist Don Airey, has been the most stable. Steve Moore had family matters to attend, so Northern Irish blues rock guitarist Simon McBride took over the guitar duties. 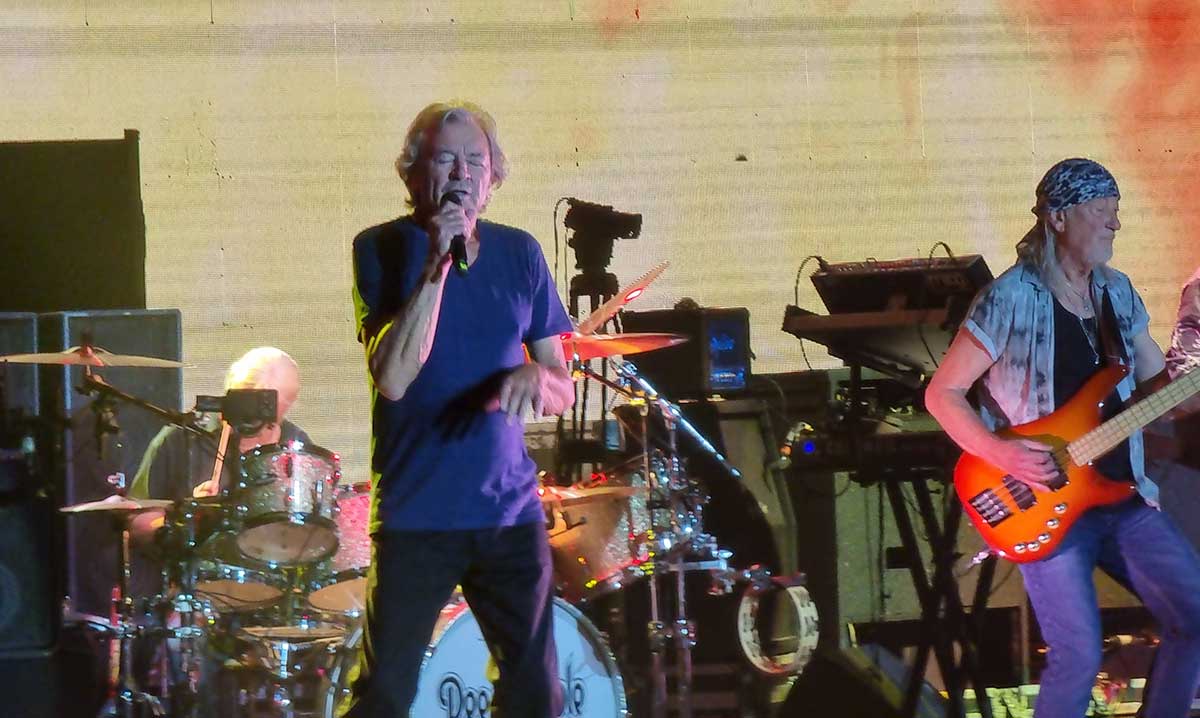 The crowd roared as the band made their way onto the stage. Opening up with Highway Star the band went straight into their catalogue of hits. Ian Gillan has a calmer energy on stage than perhaps a Mick Jagger does, but he delivers his vocals in perfect style. It felt like being back in a time machine and hearing these classic songs as they sounded on Made in Japan. Perhaps with a slightly older voice, that is.

Pictures of Home and Strange Kind of Woman kept the nostalgia going before the band performed Nothing at All from the Whoosh! album. It is a great song that really fits in between the hits, and I have to admit I listened to it a bunch of times after the show.

With the amount of material to play, the band went for a perfect mix of their best work. The focus laying on the years that Gillian was the lead vocalist and ignoring the years Coverdale took over. Over the years Gillian managed to keep his voice sounding good and tonight was no different. Performing with emotion and gratitude throughout the show.

Guitarist Simon McBride had big shoes to fill for the absent Steve Moore. However, McBride took his role seriously and was able to play fantastically, showing emotion in his playing and making it great to listen to.
Trading licks with bass master Roger Glover, the band kept their performance going with Uncommon Man and Lazy. The great mixture of new and old material made this set feel fresh and nostalgic before we hit the first solo of the night. As one can expect from a Deep Purple concert, you will get some incredible solo performances.
Don Airey was a beast on the keyboard, showing off his skills in a great solo. The craftsmanship he showed while playing was mesmerizing to see and hear. Snippets of Hava Nagila and the Israeli classic Yerushalaim Shel Zahav (Jerusalem of Gold) made the crowd roar of excitement.

The main set wouldn’t be complete without the smash hits of Perfect Strangers, Space Truckin’ and Smoke On The Water. 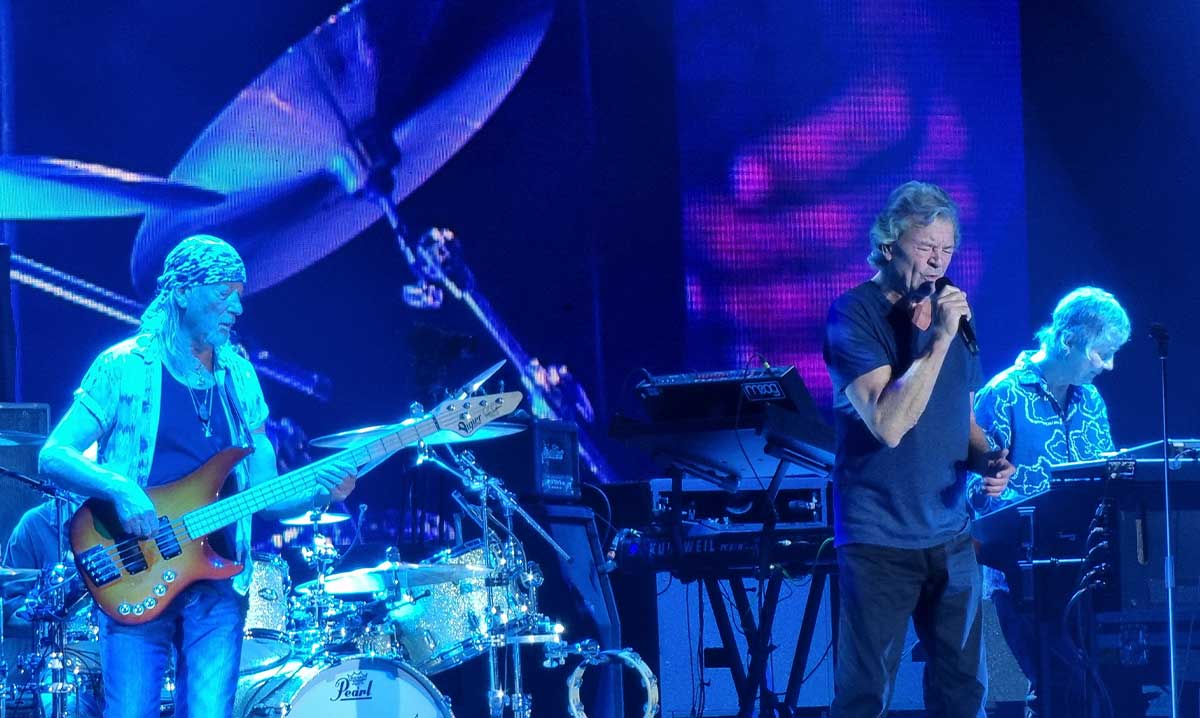 In company of legends

The encore was the last chance to catch the sheer talent of the band and Ian Paice on the drums. Being the founder of the band and a major influence to countless drummers in the world, he is a truly remarkable drummer. Caught in the Act and crowd pleaser Hush are just two of the many examples of why Paice is considered one of the greatest drummers of all time.

Bass legend Roger Glover ended Hush with a great solo that highlighted his talent. Black Night was the concluding song of tonight and left the crowd cheering for a few minutes. 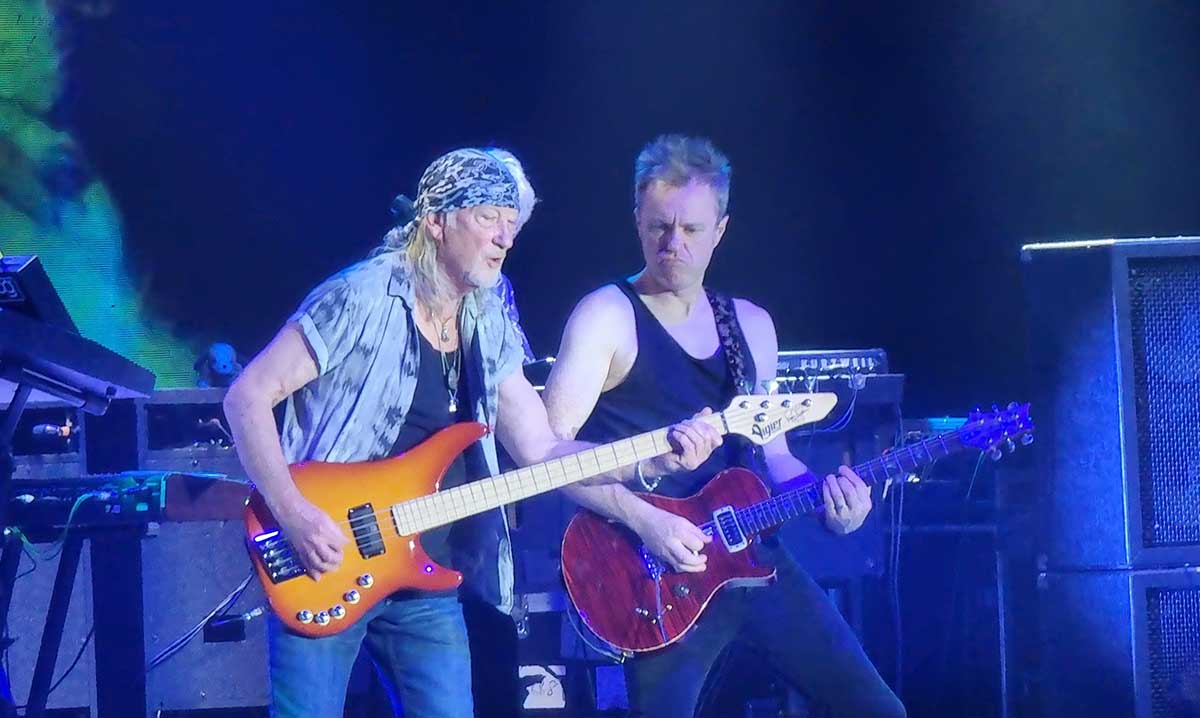 Deep Purple has performed in Israel in the past, but it was the first time I saw them. They delivered tonight in Jerusalem for a not sold out crowd and left me very happy. To see rock royalty is always special, and especially as they sounded as fantastic as they did.