In 2015 Whitesnake toured the world in support of The Purple Album. It brings homage to Coverdale’s past in Deep Purple. The band performed over 75 times and brought the Deep Purple songs that we all know and love in a new Whitesnake sound. Two years later the band brought out a live DVD, CD, vinyl and book out for sale. 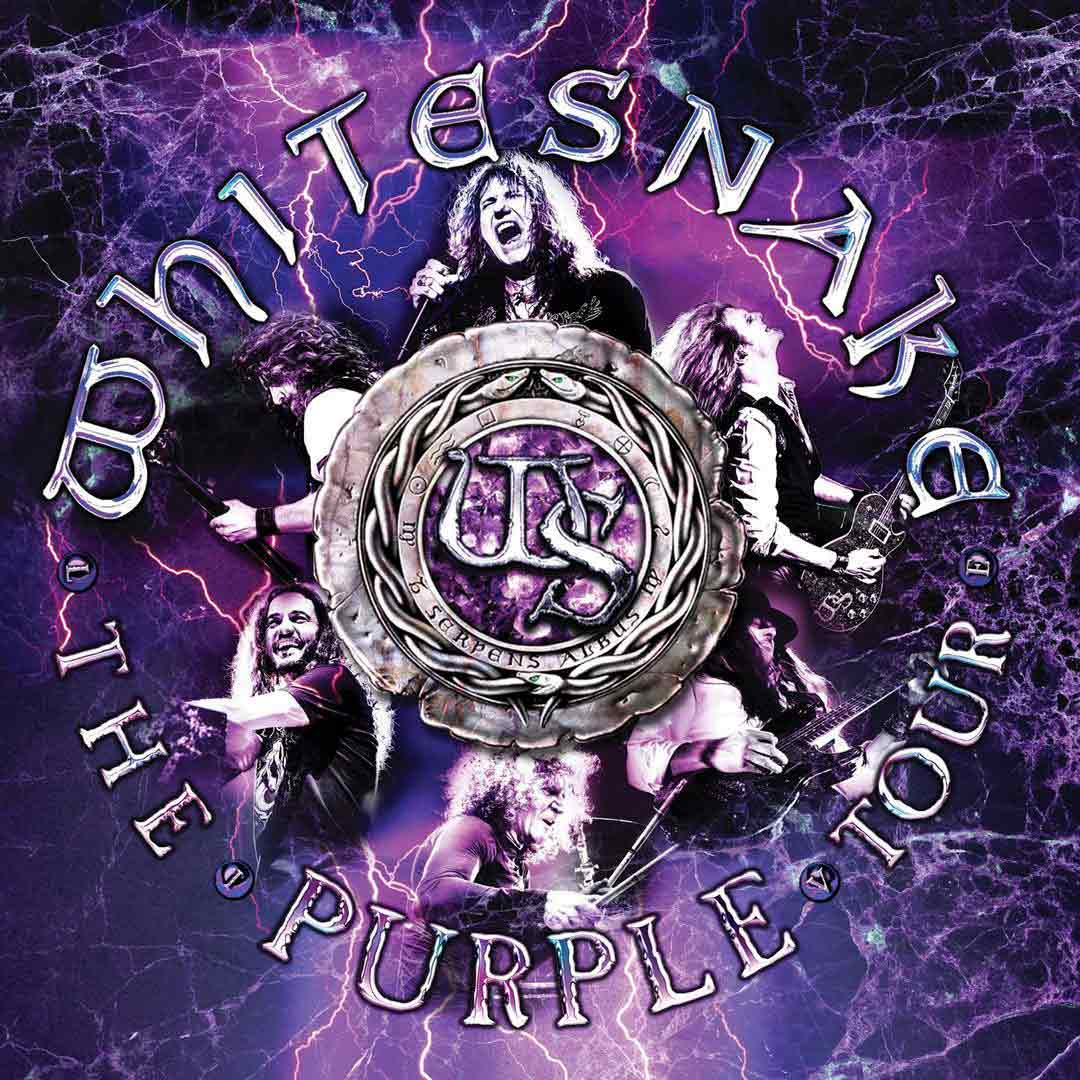 Let’s go back to 1969! A young singer called David Coverdale was fronting a band called The Government. One day, this band saw their name on the same bill as Deep Purple.

Just a few years later, in 1973 Coverdale joined Deep Purple as the lead singer. Performing alongside Richie Blackmore, Glenn Hughes, Ian Paice and Jon Lord was a big step-up for the English singer and together with Purple he released 3 albums: Burn (1974), Stormbringer (1974) and Come Taste The Band (1975). In 1976 Deep Purple broke up, and it left Coverdale and the other members pursuing solo projects. For Coverdale, this meant working on a few solo albums before forming Whitesnake.

Skipping forward to 2015 Whitesnake released a great homage to Coverdale’s Deep Purple years with The Purple Album. The album featured all the Deep Purple classics with Burn (1974), You Fool No One (1974) and Stormbringer (1974). With the release of the album came a tour named The Purple Tour. With this tour, it was the first time since 2013 that Whitesnake toured the world again. But let’s get to the actual review of the live DVD of this tour. The Purple Tour is released on different formats like CD, DVD, vinyl and digital download. For the review I’ll focus on the DVD.

For the people who’ve seen Whitesnake live, you’ll know they start with a lot of opening noise before kicking into the first song of the night: Burn. This classic Deep Purple song immediately shows the great musicianship of the band.

The current line-up features Tommy Aldridge on drums and Reb Beach and Joel Hoekstra on guitar. Michael Devin rocks the bass, Michele Luppi on keyboard and of course David Coverdale on vocals.

Burn is a true rock classic anthem and the crowd is singing along while Beach, Hoekstra and Luppi all have time for their first solos of the night. The band sounds great, looks good, and it all shows that Whitesnake isn’t going anywhere for the upcoming years.

After Burn we go to two Whitesnake classics called Bad Boys (1987) and Love Ain’t No Stranger (1984). Time stands still for no one. This means Whitesnake slightly adapted their sound to fit Coverdale’s voice. With the backing vocals from the rest of the bands it sounds good and while Coverdale is spinning around his microphone stand, we are thrown back to the Purple years with The Gypsy (1974).

In the heart of Birmingham

We’re 6 numbers into the DVD when we enter the biggest Deep Purple section, with 3 Purple songs. Mistreated (1974) really fits the roughness of Coverdale’s voice and shows that this song ages like fine wine, only better with the years. You Fool No One (1974) follows Mistreated up and shows the great harmonic sound of guitars that Beach and Hoekstra have together. It is great to see how loved Hoekstra and Luppi are by the crowd from the day one.

A slower pace followed as David introduced the next song.

The next song I had the pleasure writing with mister Blackmore. If you know it, sing it with us.

Hoekstra standing next to Coverdale with an acoustic guitar and playing the song Soldier Of Fortune, with Aldridge giving a slow drumbeat and Luppi joining with the keyboard. It gives a different vibe to the concert. But is welcomed by the audience, who cheers and sings along the way.

End on a high

The slower vibe continues with his classic love song, where Coverdale asks the crowd in Birmingham: “Is This Love” (1987). The last songs are all Whitesnake songs with Fool For Your Loving (1980), Here I Go Again (1987) and Still Of The Night (1987) ending the show.

The show is 13 songs long, but though the big amount of solos and lengthy songs, it still gets to an hour and 15 minutes. When you watch this show, you will see great skills of musicianship by the whole band.

All credit to the great editing of the concert video. It looks amazing and is everything you expect from a Whitesnake gig. It is a great live release that features a lot of classic rock songs that are just timeless and a very enthusiastic Birmingham crowd.

If you’re a Whitesnake fan you will not be disappointed with this release and I highly recommend it.

I have to admit that I already bought the album as a memory of the show I saw in Birmingham 2015. The show was recorded in the Genting Arena on the 12th of December and saw Whitesnake do a co-headlining tour with Def Leppard and openings act Black Star Riders.

It was a great night in which I always thought I would prefer the Def Leppard show, but no Whitesnake had me hooked from the first second and their interaction with the crowd was unbelievable. Next to the DVD and vinyl, I also bought The Purple Tour Photographic Journey coffee table book.

This book is over 300 pages thick and is filled with text about the Deep Purple time of Coverdale and how this tour came to a start. But the photography is just amazing and captures the whole band greatly.

It comes with a price tag, so I bought the standard book, but to me, it was worth the money. To quote Mister Coverdale himself: “It’s a fucking huge coffee table book about the size of a fucking huge encyclopedia, a historical photographic journey from the beginning of The Purple Album to the end of the last show in the U.K. in Sheffield. The book’s fucking beautiful to have.” It sure is! 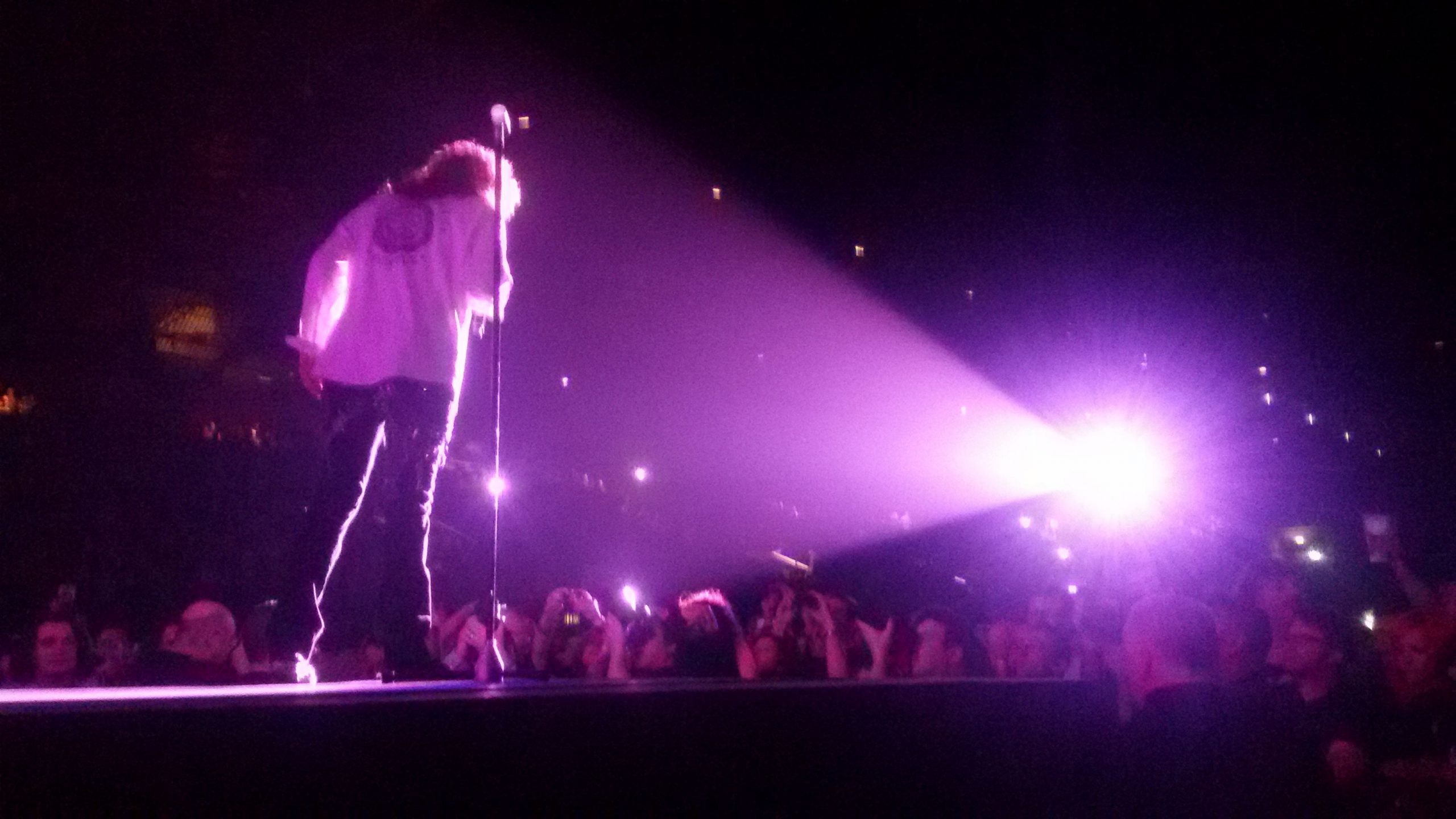 The DVD, CD, etc. can all be purchased in stores and online.

The book is only for sale on Rufus Stone.

Golden Earring are rocking after over 50 years in Zwolle!